Set in 2020, a brewing cyberwar between the US and Iran puts Sonia, a young Iranian refugee, at risk of deportation. Her only escape may come at a greater price than she’s willing to pay.
READ REVIEW
Next Previous 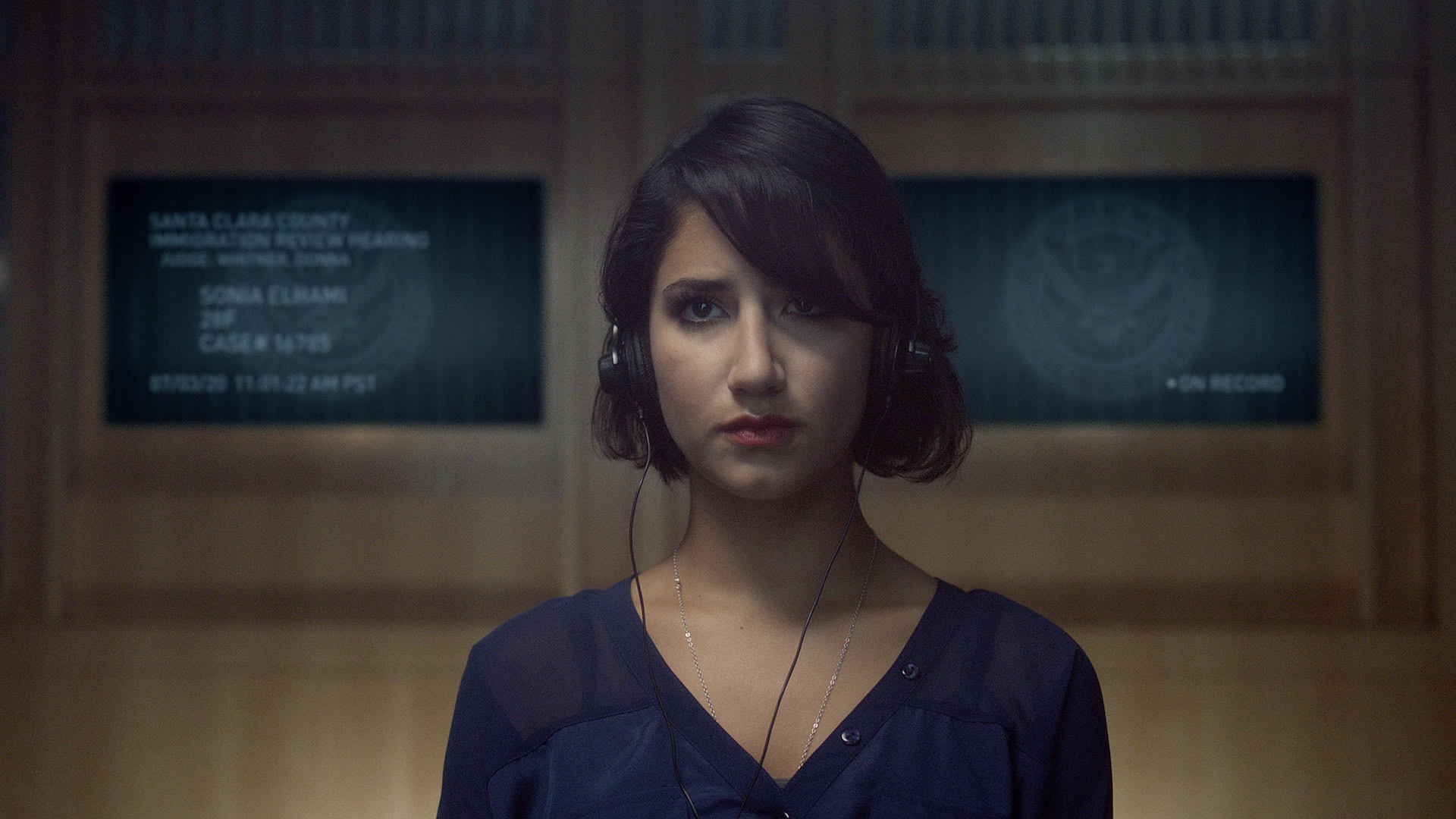 Good Sci-Fi is always about the present. We love it for its far-out speculative visions of the future, but it is really what it says our current world that makes it resonate. Set in the year 2020, Refuge is a work of near science fiction, and is therefore modest in its predictions of technological innovation. What it is astute at is politics and history, crafting a geopolitical drama that was perceived as too cynical upon the film’s release in 2014, but which, in 2019, is proving eerily prescient.

Sonia is an Iranian immigrant. A journalist by trade, she struggles to make a living in her adopted home, but is well known in the diaspora for her blog, where she covers issues of her homeland. The blog is named after one of her friends, an activist jailed by the Iranian regime, suggesting high stakes for Sonia—if she is forced to go back, persecution for her politics seems likely.

Unfortunately for her, current events have upped the chances of this devastating outcome coming to pass. Cyber attacks linked to the Iranian government have swept through America’s infrastructure, and a reported hacking of the Immigration and Naturalization Services database has called into question the validity of thousands of immigrant green cards. Officials are saying comforting things: don’t worry, trust the process, we’ll get this sorted out—but Sonia keenly senses the possibility of brewing jingoist sentiment effecting policy, and when her status is flagged for review, she is terrified. It is at this moment that an Iranian-American biomedical researcher, possessing contracts with the Department of Defense, proposes an offer to Sonia that could secure her future in the country. However the offer has quite the catch…

Director Mo Gorjestani is a filmmaker we know well, someone on our radar for years, and whom recently has achieved incredible success with his award-winning brand work for companies such as Airbnb and Square. We caught up recently, and when he mentioned that he was working on a feature adaptation for Refuge it caused us to take another look at this film we always admired, but which had fallen through the cracks of our programming a few years back. Revisiting the film, it was uncanny how so many of its plot points, which, at the time, were plausible but far-fetched, no longer feel that way.  Consider that in the 2014 we were only a few years removed from the Green Revolution, which seemed to herald political reform in Iran. Obama was president, and the landmark Iranian Nuclear Deal was progressing towards completion. Few would have predicted foreign hacking to take center stage of an American presidential election, or immigration becoming the flashpoint of American politics, heralding the rise of Trump and unleashing xenophobic sentiments throughout a country that once prided itself as the “melting pot” of the world. On the front page of today’s New York Times is the story “White House Reviews Military Plans Against Iran, in Echoes of Iraq War”.

Sobering stuff. As an Iranian immigrant himself, Gorjestani was perhaps perfectly positioned to perceive the cracks under the surface of American society however, and Refuge is a reflection of that. The Iran-America relationship has been fraught for decades, but Gorjestani’s keen insight is how it is invariably ordinary people who get caught in the grinding wheels of geopolitical machinations. Pair that with the second theme of the film, the biomedical researcher’s Faustian bargain towards Sonia and its technological exploitation of marginalized and vulnerable people, and arguably Gorjestani has, in this film, nailed the two dominant societal crises of the past 5 years—identity politics, and the dominance of a disproportionately powerful, yet morally ambiguous, tech industry.

We would be remiss to suggest however that it merely the film’s topicality that should recommend it. Refuge is a damn fine-looking film. Beautifully shot, with great locations, and exceptionally designed VFX, it is the most tasteful sci-fi short film I can remember in terms of its world-building. That feel for world-building extends to all elements too, from its depiction of the bureaucracy, to its occasional background news broadcasts—there is a studiousness to everything in the film, that absolutely suspends disbelief. While long for a short at 22min, this attention to detail proves immersive, and helps overcome potential issues of pacing.

Ultimately it is the kind of subtle and smart sci-fi that we so frequently decry the lack of, and so it’s exciting to think of the possibility of this story being expanded into a series or feature. While Gorjestani and his producer Malcolm Pullinger can’t share any details yet, conversations are ongoing. Of course there is a challenge in adaptation too though—this 2014 film proved prophetic to the world of 2019, the question is can they repeat that trick? For all our sakes I hope their vision of 2025 proves more optimistic.