After a married couple have a heated discussion about having sex with a robot, during an episode of 'Humans', the husband builds himself a love companion out of discarded toasters.
READ REVIEW
Next Previous 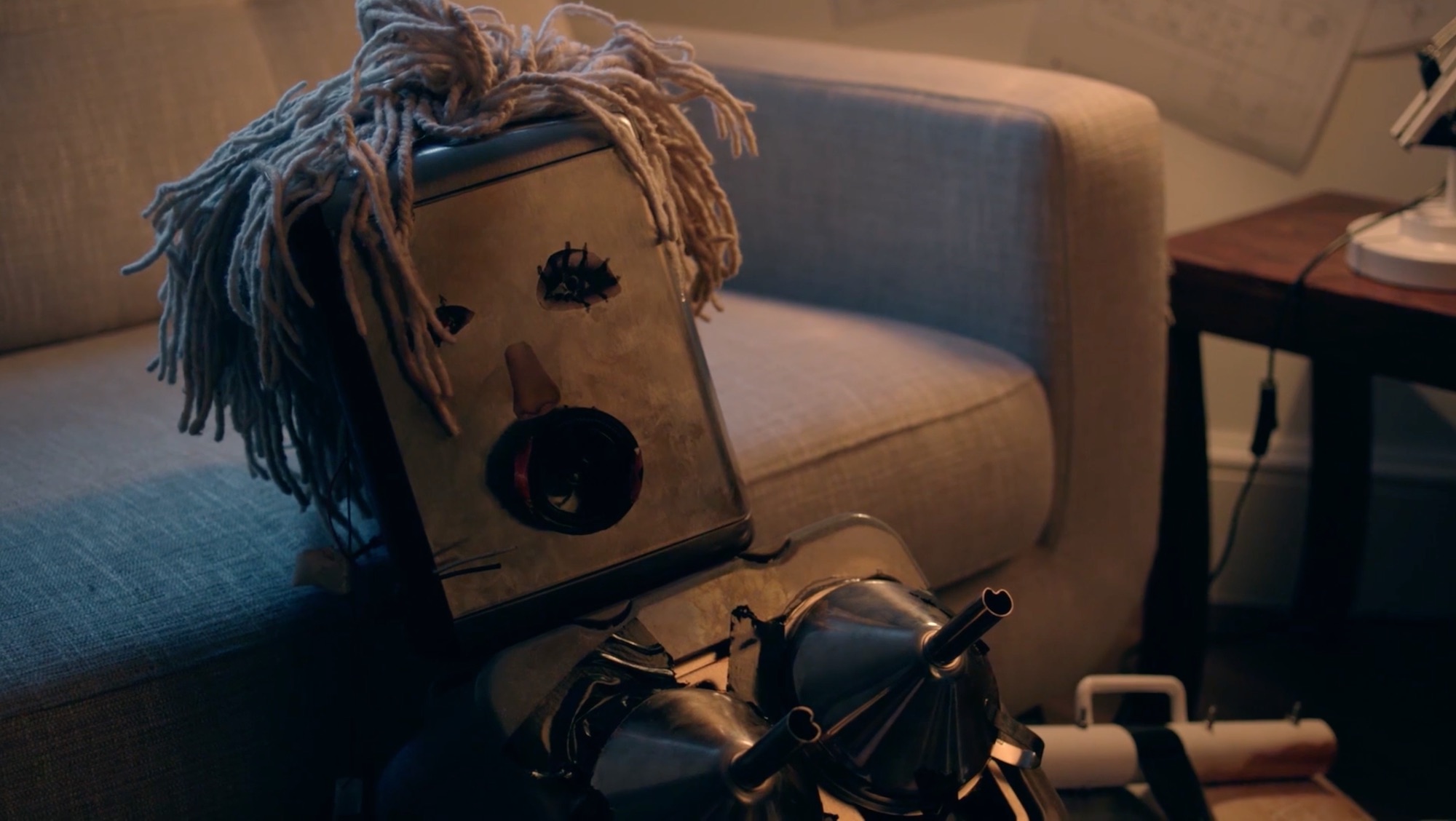 Hover boards, jetpacks, food in tablet form or houses on the Moon, what did you predict the future would look like? For Richard, the married-man at the centre of Ben Mallaby’s 15-minute comedy Robot Sex, his immediate future is all about automated machines, and as the title suggests, whether he can penetrate one.

Beginning with an innocent argument around whether intercourse with a robot counts as “sex outside marriage” or “an elaborate wank”, Mallaby’s short sets the tone early on. After the heated discussion leads the persistent husband to insist that a robot is nothing more than “just a load of toasters stuck together” he goes on to construct what his shocked wife describes as a “rat-piss riddled mannequin” out of household appliances.

Determined to win an argument that his wife Katie wanted no part of, the stubborn Richard refuses to back down, insisting his new invention Gemma (named after Humans star Gemma Chan) would lead to a bright new future, but instead its brings upon the end of his marriage and leads to a badly burnt penis. There are many who believe artificial intelligence will be the end of humanity, but surely it won’t all start with a load of a toasters and a “winky burnt down to a carbonised nub”.

Written by comedian Richard Herring (who also stars in the film) and based on material from his stand up, which director Mallaby believes stems from “a conversation he had with his wife while watching Humans”, Robot Sex was originally shot as 6 short films for a crowdfunded web series. The latest in a series of successful comedy shorts (we’ve featured his films Battlecock and Elderflower in the past) from the filmmaker, Robot Sex sees Mallaby working with collaborators Herring and Rachel Stubbings (Whenever You’re Ready) again, after the trio worked together on While You Were Away.

A darkly comic tale tackling some serious subjects, ranging from responsibility to monogamy (and of course sex robots), Robot Sex is driven by Herring’s unique brand of comedy and the genuine chemistry between the comedian and his co-star Stubbings. While the rapport between his two lead stars feels natural, it was the third star of the film, Gemma, that would prove most challenging for director Mallaby – who credits Kitty Bertenshaw for doing “an incredible job with a limited budget” in bringing his robot star to life.

if you like Robot Sex, Ben has a huge back-catalogue of comedy shorts on his website (link below) that you can dive into. Next up for the director is a pilot for the BBC (although this is “providing Covid didn’t kill it”). You can follow stars of the film Richard Herring (@Herring1967) and Rachel Stubbings (@RachelStubbings) on Twitter for more of what they’re up to next.