Nigel is an elderly man living as a recluse, haunted by his past and memory of the family he once had... until an unexpected visitor arrives and disrupts his lonely routine.
READ REVIEW
Next Previous 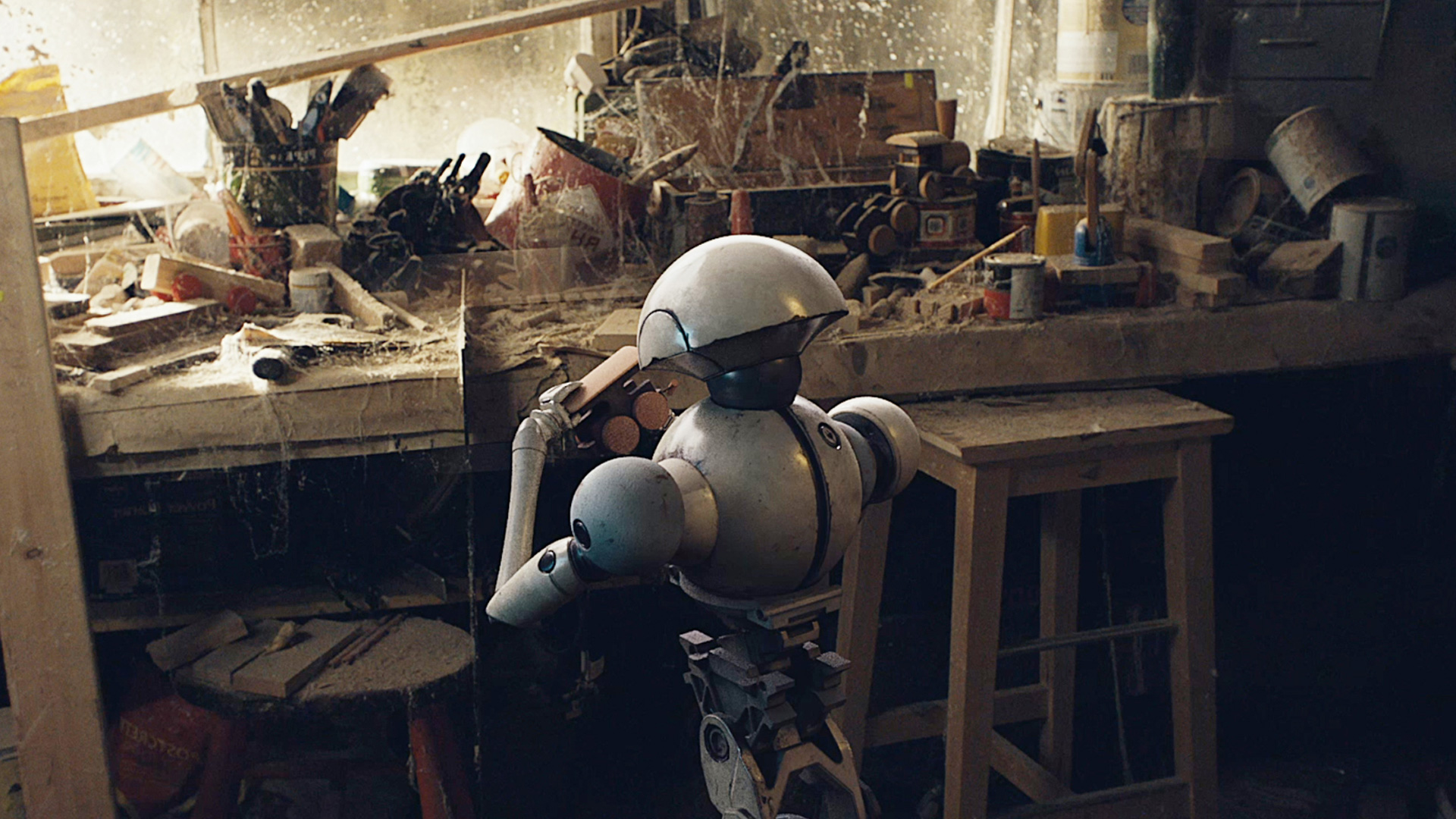 As the world continues to exist in Covid’s shadow, there has been a lot of discussion about the kind of content we should be consuming right now. And, while many films and filmmakers are finding unintended relevance for their films in the midst of a global pandemic with themes such as social isolation or apocalyptia, I’d argue that, perhaps, something more tonally heartwarming is probably better for the soul.

This Time Away from Short of the Week Alum Magali Barbe (Strange Beasts) is like a cup of warm tea—it’s amiable and comforting, tackling familiar character tropes, adding just enough narrative and stylistic innovation to make it feel like more than a rehash. It’s sweet in the way most sci-fi shorts aren’t: earnest and wearing its emotions on its sleeve. A cross between a Pixar heart-tugger and a live action indie family drama.

The film starts in cliché territory–literally an old grump of a man tells a group of kids to get off his lawn. This is our protagonist, Nigel, played to curmudgeonly perfection by iconic British thespian, Timothy Spall. Nigel is spiraling into human disrepair following the death of his wife, wallowing away in grief, booze, and filth. And, then, he meets an unexpected companion who disrupts his downward trajectory, veering him back on the “correct” path.

It’s a familiar set-up to be sure (e.g. Robot and Frank), but the film is well-made enough in those opening moments that it never elicits eye-rolls. Things really sparkle with the introduction of Max—a cute-as-a-button robot sidekick who is perfectly designed, well-animated, and seamlessly integrated into this near-future world. As exhibited in Strange Beasts, Barbe has a strong knack for implanting emotion into stories with visual effects elements. In a sub-genre often defined by render polish over heart, her humanistic approach to science fiction filmmaking is admirable: she cares about story and character more than just crafting a cool shot for her next VFX showreel. Like a silent film star, Max conveys so much with his mannerisms and motion. It’s a real feat of both design and technical craft that it all lands so effectively. We even get a final emotional kicker–a profound character-driven twist that is exploring the complex relationship between a father and his daughter.

Following a successful festival run for This Time Away, Barbe is currently working on a feature film adaptation for her previous viral short, Strange Beasts. A rising star in science fiction filmmaking driven by human emotion and story, Barbe is one to watch.