Oda and her friends are holidaying in the stunning south of Norway, seemingly shielded from a deadly virus spreading around the world. (This film was shot in 2018, before COVID-19. However, in the current circumstances, its plot and themes could be upsetting. Viewer discretion is advised)
READ REVIEW
Next Previous 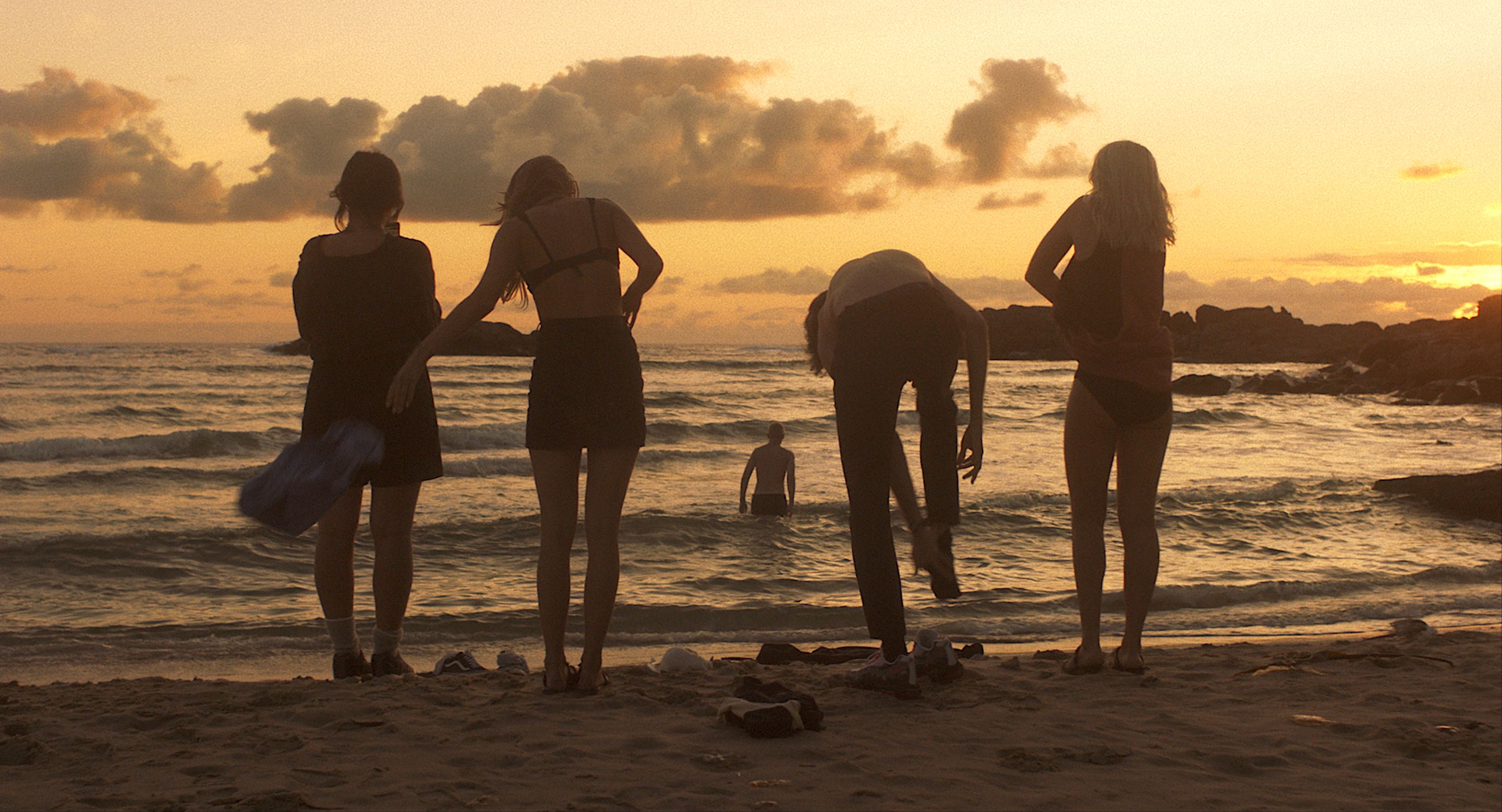 If the world ends, what will you miss the most? A question we’ve all undoubtedly asked ourselves at some point during the past few weeks. It’s also one Oda poses to her impossibly good-looking Scandi friends, in Jakob Rørvik’s (Nothing Ever Really Ends) latest short, Apocalypse Norway.

Painted with luscious visuals and scored with mysterious, melancholy sounds, the 20-minute drama is at once a portrait of youthful naivety and an emblem of humanity’s fragility. It’s a haunting tale, made all the more compelling by the eerie parallels we can’t help but draw between the fictional danger Rørvik’s characters face, and the all too real one we are currently faced with ourselves.

Apocalypse Norway is the story of six adolescents holidaying at an idyllic coastal retreat in the south of Norway. Seemingly shielded from a deadly virus spreading around the world, as the news breaks that the pandemic has reached the heart of Europe, the friends must come to terms with the fact that, despite their privileged and carefree lives, they could be next.

Relying less on character development and plot, Apocalypse Norway captivates the viewer through mood and resonant imagery instead, narrowly avoiding coming-of-age cliches in the process. Watching the film is much like succumbing to a hazy cinematic dream—quite fitting since it was inspired by one.

“…our lives are utterly fragile…”

Rørvik shared with us that:

The basic plot of the film is a variation on actual nightmares I’ll have every now and then. These dreams take place at different locations in Norway, but always with the same event: the illusion of safety as seen from a Nordic vantage point being torn apart. I remember one such dream during the MERS scare and another when he-who-shall-not-be-named deepened the conflict with North Korea. And so I think the idea really formed around a notion – which I extended to a collective experience – that yes, obviously the world and our lives are utterly fragile, yet we actively – consciously and unconsciously – cover up these quite possible scenarios as we go about our waking lives. In Norway, one such cover-up-strategy is a belief in a never-ending growth of wealth and daily comforts.

Besides the videos she records for her social media following, there is very little specificity to the characters and we learn very little about Oda or her friends. This allows them to serve as avatars for a more universal experience, as we can project ourselves more cleanly into their predicament. Rørvik frames the adolescents as beautiful, ethereal creatures who like to drink, party and make love, but he doesn’t reveal anything of substance for us to hold on to, and in doing so the director shifts the focus from his unknowable subjects to their surroundings.

Apocalypse Norway is all about the atmosphere and there is an abundance of it. As if the setting, with the warm sunshine bathing the unspoilt Norwegian coast and rolling hills wasn’t heavenly enough, cinematographer Andreas Bjørseth shoots the bright landscape as if through a layer of gauze. The soft pastel colours and dimmed, fuzzy tones echoing the darkening shades of a memory, or maybe a dream turning into a nightmare.

Whilst the music usually compliments the visuals, Norwegian electronica producer André Bratten’s enigmatic score, for me at least, steals the show. The director noted that, “I contacted André about a possible collaboration. He started out skeptical, but when I pitched him the idea he blurted out: ‘Jakob! I wake up every morning hoping for a world without people.’ So we had two quite different dream lives that I thought could create an interesting synergy”. The collaboration certainly had the desired effect!

The soundtrack shifts from peaceful serenity, to the menacing tones of classic horror and my personal favourite—the eerie clicky track, relentlessly reminding us that the teens’ time is running out. The music transcends us into an otherworldly dimension, weighing us down with tension and heartbreaking fragility, making it impossible to ignore, or play second fiddle to the stunning visuals.

Shot in 2018, Apocalypse Norway was supposed to hit the festivals this year, however, COVID-19 put a stop to that, just like it put a stop to life as we know it. Watching the short when we ourselves are self-isolating and facing a frightening uncertainty, could be considered a bad idea. Some might even think that releasing Apocalypse Norway now is in poor taste, but I disagree.

I think that sinking into Rørvik’s opulent world and allowing our worries to get swept away by the ocean waves, even for 20 minutes, is exactly what we need. There is so much talent here that it’s impossible not to feel inspired or moved—we need to hold on to these emotions, now more than ever. And, if that wasn’t quite enough to convince you, maybe a sweet Leonardo DiCaprio cameo will?