A new augmented reality game is developed that allows you to create and grow your own pet. But, how far are people willing to go to live in a fantasy environment of their own creation?
READ REVIEW
Next Previous 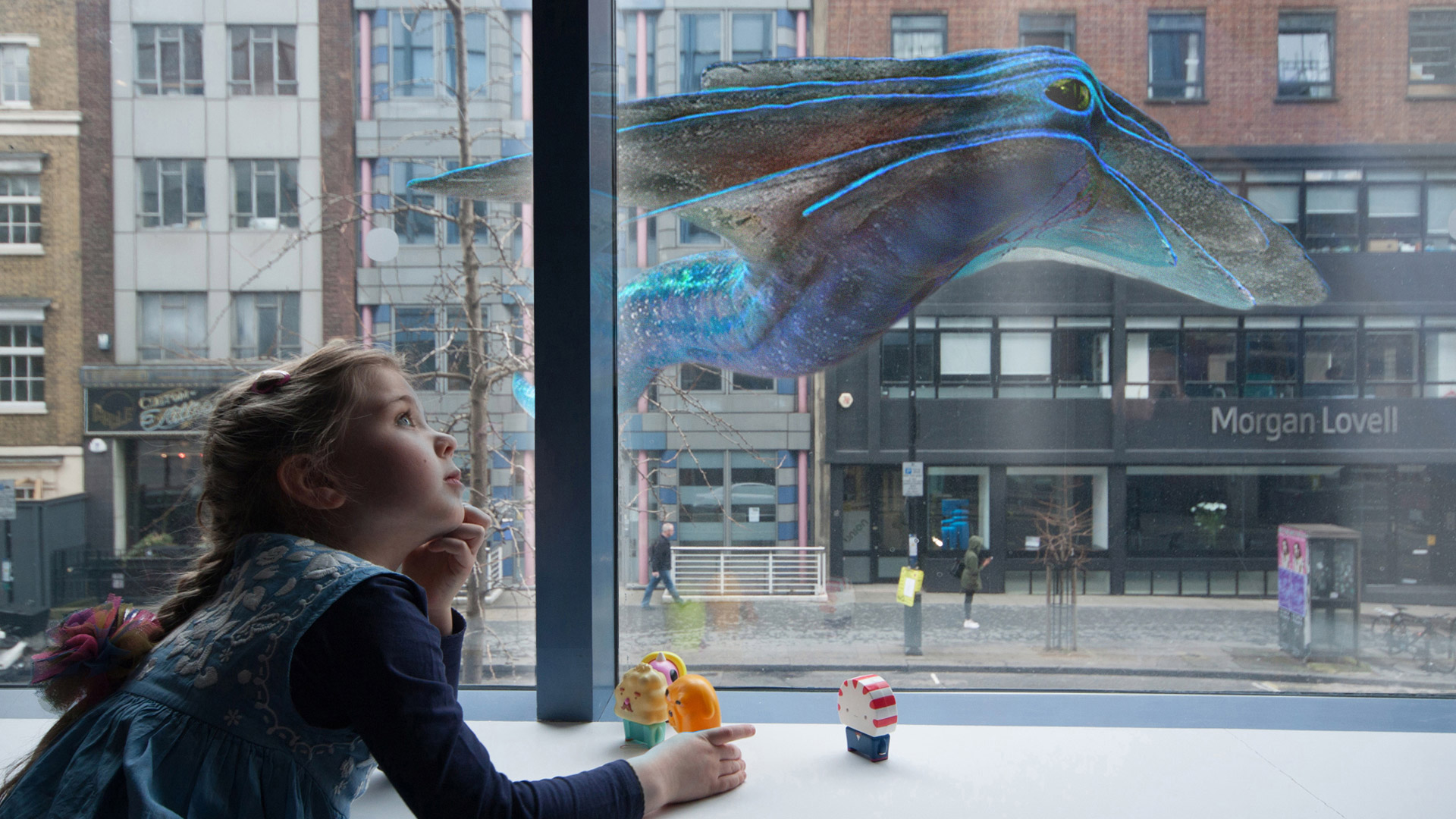 Can’t get enough Black Mirror? Wish each episode was a significantly shorter?

*Puts on a used car salesman accent* Well, boy do I have the short film for you!

Director and VFX artist Magali Barbe’s Strange Beasts is a bite-sized bit of twisted genre fiction that would make Charlie Brooker blush. Like the best episodes of the Channel 4/Netflix show, Barbe crafts a tale that combines day-after-tomorrow technology with dark and satirical themes. Told in “mockumentary” form with a glossy commercial sensibility, the film depicts a new augmented reality game that allows the user to create and grow your own pet. But, as the tagline suggests, how far are people willing to go to live in a fantasy environment of their own creation?

Barbe’s background as a VFX and pre-viz artist (this is her first live action short) are evident. The integration between the CG overlays and live action footage are well-designed and expertly composited. But, the true wonder here is how subtly and efficiently Barbe conveys her story. The world building is simple, yet effective. And, while the film’s brevity means that the plot itself isn’t particularly complex, it’s still surprising and visually imaginative. The final reveal really knocked me for a loop. Perhaps I’m somewhat of a daft screener, but I honestly didn’t see the end “punchline” coming. In turn, the film ends on an impactful, somewhat disturbing narrative exclamation point that is perfect for the short form.

For Barbe, the genesis of the idea sprung forth from her desire to make some sort of “hoax video.” Similar to another CG effects piece, The Centrifuge Brain Project, Strange Beasts does a really impressive job of straddling that “is this real or fake?” line (at least for the first few minutes). Combine this with Barbe’s interest in virtual and augmented reality and you have an entertaining VFX piece with just enough of a standalone narrative to give everything a sense of emotional weight.

Taking what she learned on this project, Barbe is currently working on a longer short film (around 20 minutes in length) that also explores science fiction ideas. She’s keeping mum on the actual pitch, but needless to say, we’re excited to see her continue to craft interesting short narratives that interweave solid performances and eye-catching visual-fx.