A man and a woman meet on a bus. She's an engineer and she's married. He's homeless.
READ REVIEW
Next Previous 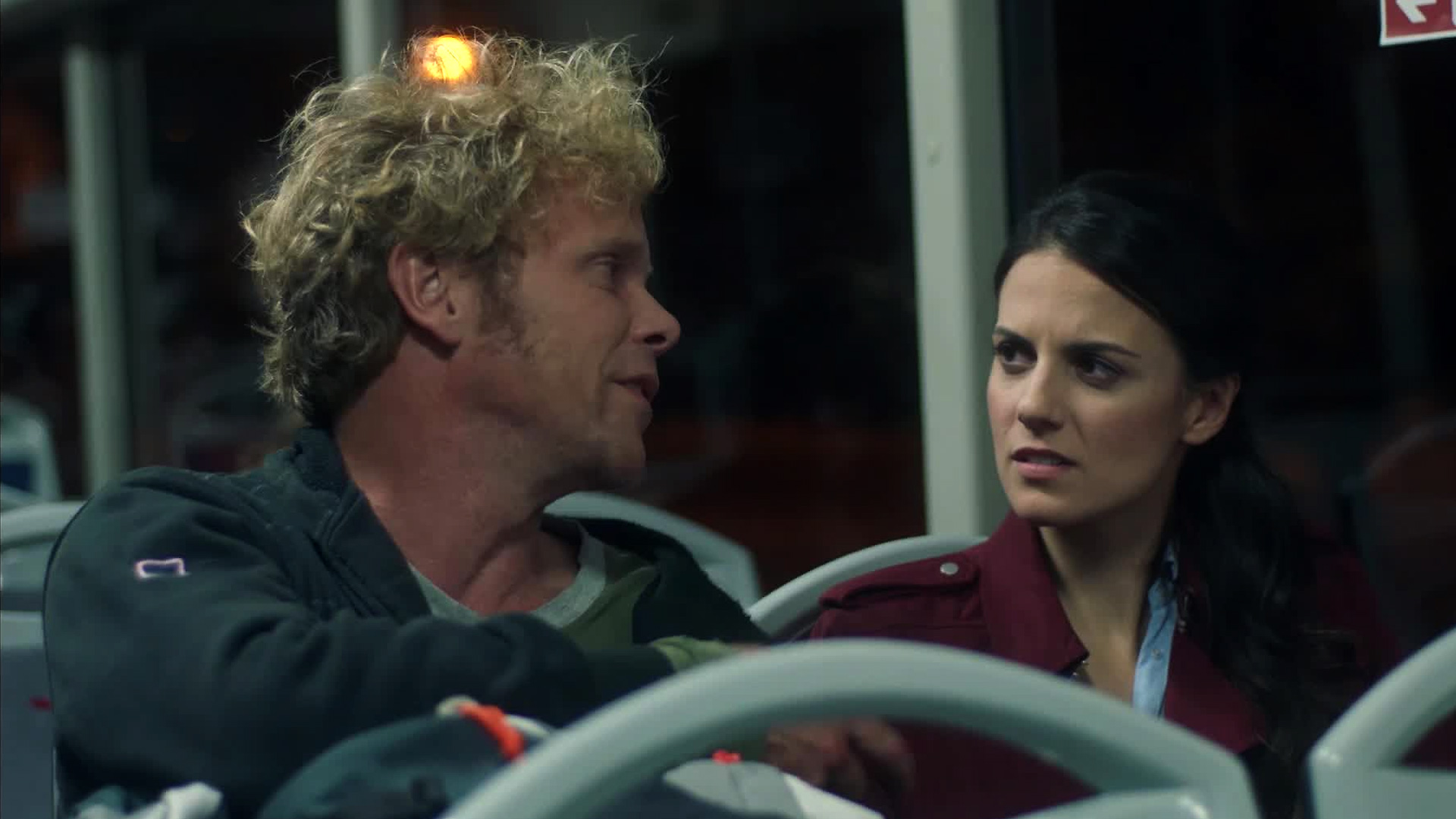 Simple, but compelling: that seems to be filmmaker Javier Marco’s modus operandi. Having recently acquainted myself with his short film work—the S/W selection Uno, his festival award winner El Vestido, and now, Classmate—he’s a filmmaker that takes seemingly banal plot beats (a phone call, the buying of a dress, a bus ride) and slowly infuses them with deeper meaning. It’s an impressive display of cinematic skill and proof that by focusing small a filmmaker is often able to convey that which is much larger.

Under the surface, Classmate is about a lot of things (human nature, conforming to societal norms, class and economic status), but the basic plot set-up is simple enough: a chance encounter between a homeless man and a woman on a bus. Is he an old acquaintance? A grifter? A potential threat? All of the above?

What I really admire here is the subtle tension that builds between the characters—a sort of unsaid tug-of-war of hidden meaning and thoughts between the central players. In that sense, the film becomes an intriguing exercise in interiority. It’s clear neither the man or woman is saying what they are really thinking, and there is a surprising amount of anxious drama in how much either chooses to withhold and how much to reveal.

All this being said, it’s somewhat obvious of the man’s true intentions—there’s a sort of inevitability of where it’s going. Still, though, via this interaction the film is probing at a lot of things, especially gendered power dynamics. The homeless man is the dominant player in the conversation, constantly strutting the line between friendly and inappropriate. In some sense, it reminded me a bit of the “is this cool or creepy?” pendulum swing portrayed in Sweet Things. The appropriateness of what the homeless man does and says is constantly shifting, and while her response is not verbal, you can see the discomfort in the woman’s body language.

Marco’s filmmaking is simple, yet nuanced and naturalistic. And, of course, the film is carried by two terrific performances from leads Melina Matthews and Jimmy Shaw. Shaw has the uncanny ability to portray both innocence and danger. And, the combination of the two is undeniably compelling.

Javier Marco has a bright cinematic future ahead of him. Beyond his feature film project, Josefina (which is being supported by the National Spanish Television RTVE and ICAA), he was recently selected for Berlinale Talents 2020.