Far out at sea, a cell phone floating inside an air-tight bag starts to ring.
READ REVIEW
Next Previous 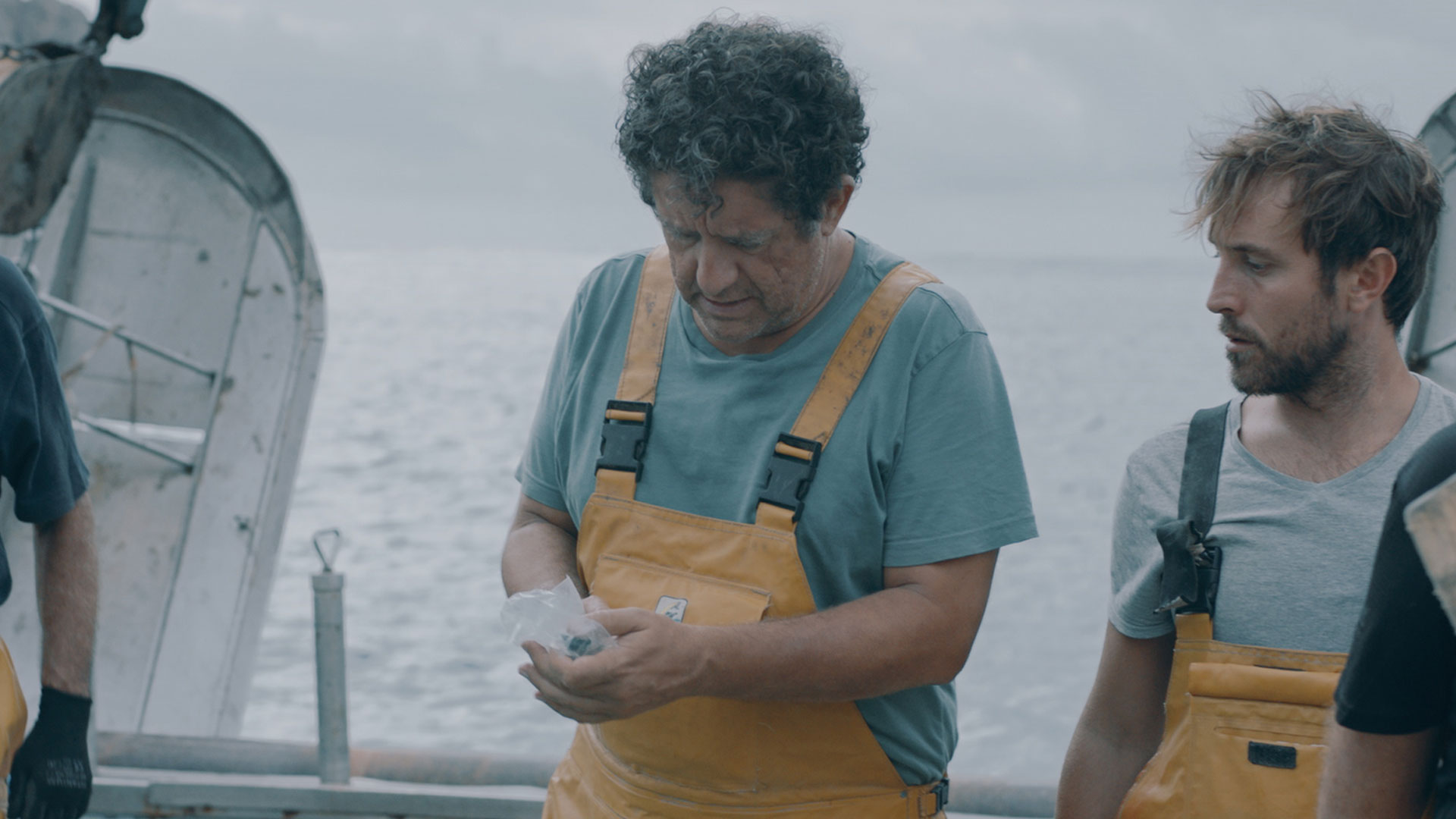 I always hesitate to use the phrase “slow burn” when writing about a film because I think it inherently comes with negative connotations. Slow, especially in the world of shorts, is often equated with “boring.” But, Javier Marco’s film, UNO, is a good representative example of how to slowly texture on meaning and emotion across a film’s run-time. What starts as an innocuous little mystery—a Fisherman discovers a ringing cell phone floating far out at sea—patiently reveals itself to be about something much deeper.

I’m a big believer that films about “issues” can’t really be about the issue at all, at least not overtly. Audiences don’t like to be lectured to. With UNO, it feels like director Marco really gets that underlying concept. Through a very simple (almost mundane) sequence of events he paints a harrowing picture of human connection and struggle. This is very clearly a film that is touching upon the current global refugee crisis, but it, wisely, never drifts into finger wagging or didacticism. By keeping the concept small and personal, the short, ironically, feels bigger and more profound.

The film doesn’t get into the specifics of exactly what happened to Maruco, the phone’s owner, but this lack of detailed answers ends up making the experience all the more powerful. As viewers we come to the realization of what happened at the same time as the protagonist, Emilio —we can simultaneously feel the unease and underlying dread as the story starts to flesh itself out inside our/his head. And, so, when Emilio decides to play along and lie for the sake of the man’s mother, it’s a moment that is tragic, yet also compassionate. It shows the innate human desire to provide comfort for someone else, even if that someone is a stranger who is an ocean away. I’m of the opinion that there simply wouldn’t be a refugee crisis if people could see that those they are turning away are human beings, not statistics. I fully realize that sounds very Kumbaya and eye-roll inducing, but it proves that the best way to convey quaint platitudes is through compassionate storytelling such as this.

Currently, director Javier Marco is in pre-production on his first feature film, Josefina, which will be shot this year. He’s also in pre and post production on several short film projects. Check out his website below to keep up to date with this talented filmmaker.