A woman finally get the job she's been waiting for, but a sweet offer never comes without a bitter aftertaste.
READ REVIEW
Next Previous 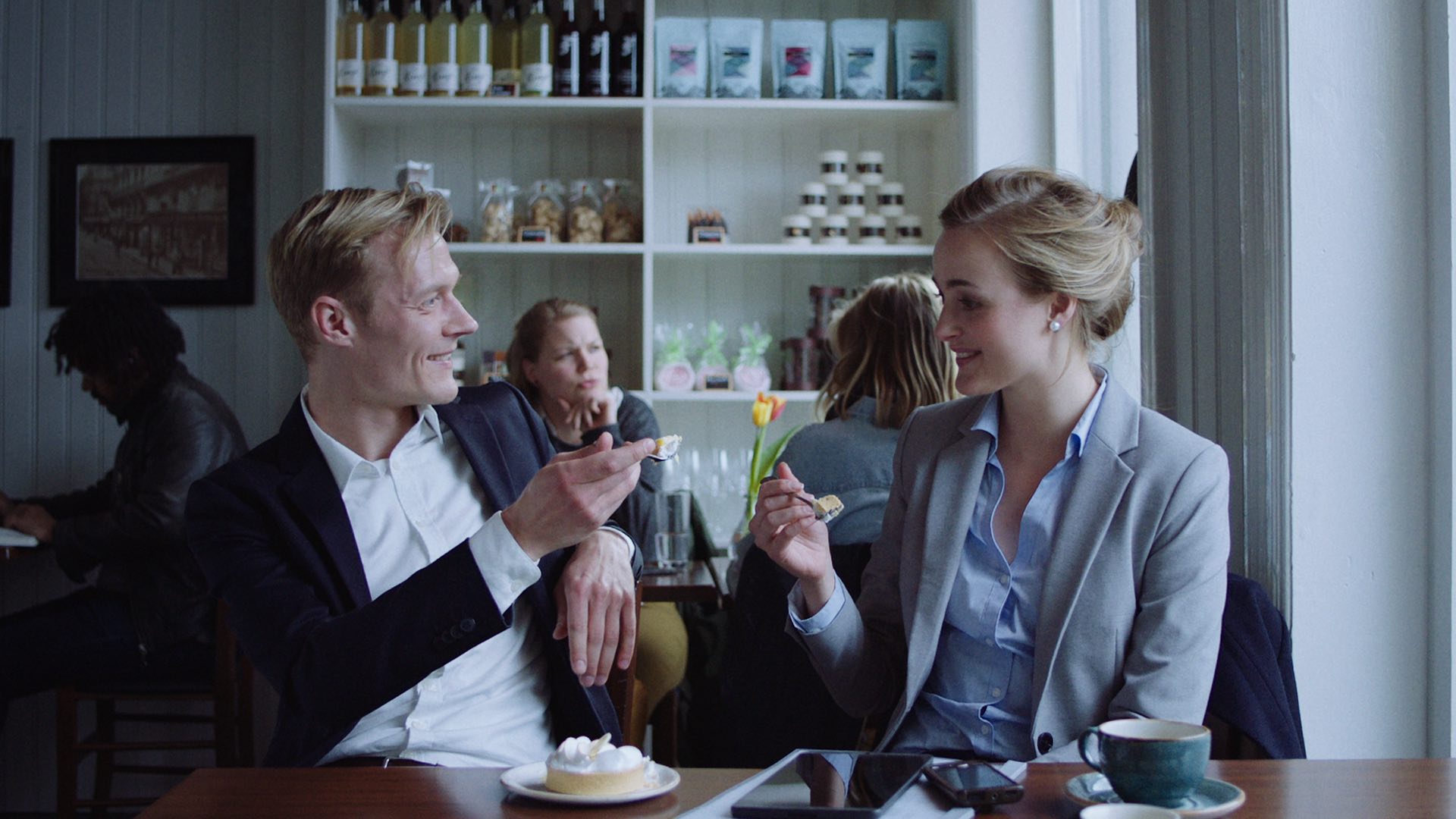 Drama about Abuse in Live-Action
Directed By Henry K. Norvalls
Produced By Folkefiender
Made In Norway

The film had a hell of an impact on me as a man, and as a boss, and was an opportunity for self-reflection. It is based on a real life situation with a woman meeting a potential employer who’s not that interested in her actual qualifications. Scriptwriter Line Dalheim observed the scene at a café in Oslo in 2015, and she found the behavior of the potential employer a bit off, yet noticed that she felt mad at the woman going along with it.

It’s a catch-22 that too many women know all too much about. What Sweet Things does so well is it never turns the boss into a caricature, and it’s really difficult to pin down any specific thing that he does that is offensive—it’s a fuzzy accumulation of cues. If you can’t see what’s wrong in Sweet Things, then you’re part of the problem. And as a man, I think that is a lot of us.

Coming through as a site submission, I immediately needed to hit up two of our writers on Slack, Serafima Serafimova and Chelsea Lupkin, to discuss the short. This is a heavily edited sampling of of our conversations. SPOILERS AHEAD.

If you can’t see what’s wrong in Sweet Things, then you’re part of the problem.

Jason: Is this behavior that awful?

It’s not one particular thing that he does, it’s the whole package that’s pretty repulsive.

Chelsea: TRIGGERED is the word that comes to mind when watching Sweet Things. It brings to attention the worst kind of sexism – a casual sexism that spurs from normalcy

Jason: It is so subtle though, I really thought that email (at the end) was going to be a dick pic or something

Serafima: I think most women would relate

Jason: which would have killed the movie

Jason: i mean the subtlety is the point

Serafima: Exactly. Such brilliant acting, it melts my heart

Jason: that said, i think this is where a lot of the defensiveness comes in from men. you really can’t point to anything specific that crosses a line right?

He has this swagger like he has a big dick, and there is an air of paternalistic condescension…

Serafima: Well the guy is quite slimy. The arm around the shoulder is very forward and unprofessional. Especially at an interview. Him looking at women doesn’t bother me because I ogle men too

Chelsea: Most of the male and female population may not pick up on what is so subtly wrong about the interaction. It’s one of those things that until someone points it out, you probably won’t have the illuminating “aha!” moment that will surely make you question past and present interactions you’ve had in life.

Jason: Huh. It’s uncomfortable for me, because i see a lot of myself in him in my past interactions, thinking it’s “charm”. I know for sure that I’ve placed a hand on the shoulder of a female junior in a way that I’m sure could have been thought of as icky.

Maybe that makes it a great film

Serafima: I see myself in her in the past hhhahahaha

You’re not a slimeball. Trust me

Jason: well i’ve never been close enough to put my arm around you =P (Jason and Serafima haven’t met IRL)

Or sent me a dick pic!

Jason: Do you think the character in Sweet Things knows he’s a slimeball?

Jason: he is communicating a certain…sexual availability.

Serafima: yes definitely. he’s also quite openly suggestive. which is a step further.

Jason: Is that just never ok in a work environment? is it ever appropriate, if so, when?

Serafima: If you’re on a date

Jason: I mean people hook up in work all the time, it’s where we spend the most of our time.

Serafima: Yes. but these two had never met before. It’s totally fine if you suss out that the other person is on the same wave length. the woman here obviously felt pretty uncomfortable

Serafima: You know the best thing about this, which they’ve done so well

It is not so much how he behaved

Which is a pretty good angle I think.

Chelsea: This casual sexism is an ideology that’s so alarmingly ingrained in our culture, that trust me when I say that it is like the Baader-Meinhof Phenomenon and you’ll unfortunately see it happening everywhere. Hopefully, some of us will learn not to objectify women with this attitude and stop this kind of behavior.

Jason: For me, the impossible situation of the woman is again, something we haven’t discussed enough here, but I really was alarmed at my initial reaction to the film, which was to excuse the boss character’s behavior as innocent. Talking to you both, helps me recognize the pernicious elements. I think men are like anyone and want to be desired, and in our minds that is really tied up in power, and that power is how their appeal is demonstrated, making it easy to cross the line.