NSFW. A man enters the shower after working out, but is soon sidetracked by an unidentified noise. He decides to seek out the source and enters a situation that leave him completely exposed.
READ REVIEW
Next Previous 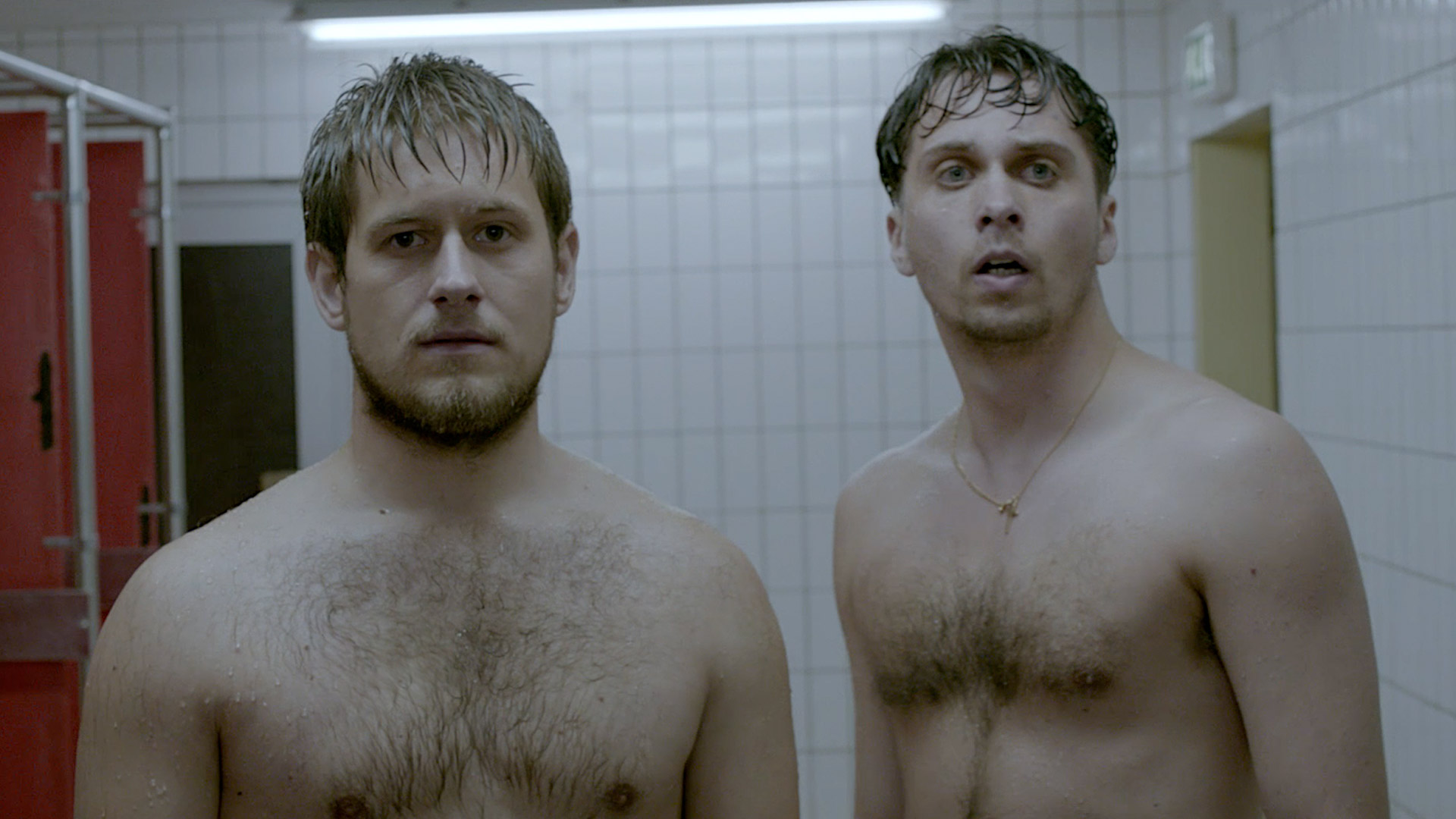 Drama about Identity in Live-Action
Directed By Henry K. Norvalls
Produced By Folkefiender
Made In Norway

I don’t mean to digress too much into the minutiae of how we select films for Short of the Week, but Shower from Norwegian writer and director Henry K. Norvalls is a film that definitely divided our screening team. Is it shocking just to be shocking? Repulsive? Perverted? An honest look into human identity and the dangers of repressing desire? All of the above? Regardless of what you feel about the film (if the text in the banner didn’t’ warn you, it’s definitely NSFW), it’s certainly a short that will stick with you. With one location, two characters, and minimum dialogue, Norvalls crafts an undeniably engaging scene that exposes its protagonist to his bare core, both literally and figuratively.

While the events that transpire across the short are definitely shocking and engaging in their own right, the film is precisely made with a strong stylistic sensibility. We were especially impressed by how the situation unfolded—there is a sense of tension throughout the piece that keeps the viewer hooked. In other words, it’s a character drama about sexuality, repression, and identity that essentially feels like a suspense film. Quite simply: it’s tough to look away from.

Shower was made for an international short film challenge designed to interpret the theme “naked.” It has since gone to screen at more than 30 international film festivals

As Norvalls relates to Short of the Week: “I came to the realisation that naked for me meant to be caught in a lie or have a secret revealed, when others knew what I did not want them to know. “

While the climatic ending might be a tad predictable and a little forced, the filmmaking leading to that moment is anything but. The film is simple, but powerful—one that you’ll have trouble forgetting after its 7 minutes are through. Stark, raw, and uncomfortable, Shower is a testament to how much can be accomplished with limited cinematic collateral.

Since completing Shower in 2013, Norvalls has made three short films. Additionally, he is developing two feature films which are in the early stages of development.