Valentina, a day-walking Black vampire protected from the sun by her melanin, is forced to suppress her bloodlust to regain custody of her estranged daughters.
READ REVIEW
Next Previous 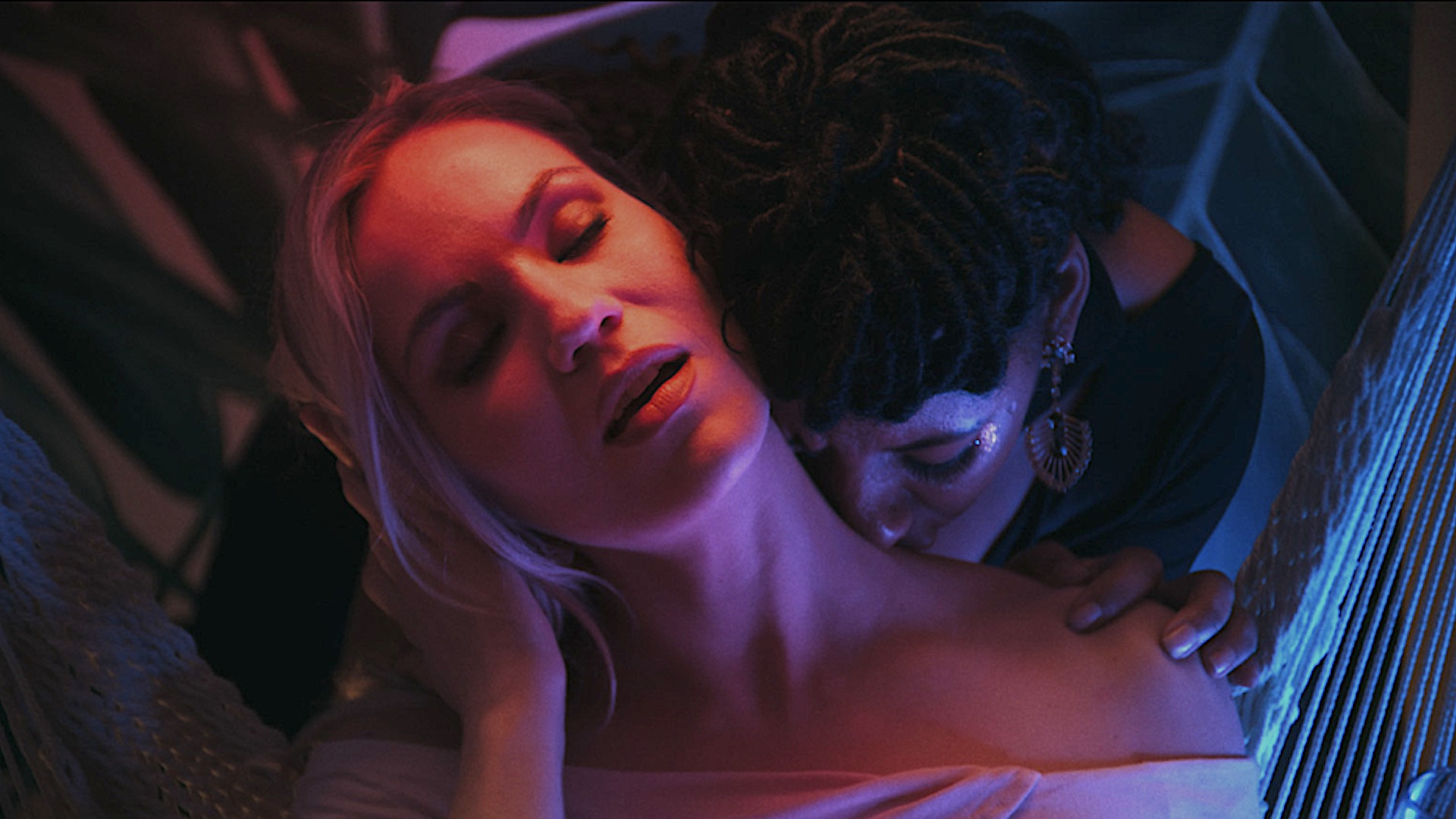 We often talk about “innovation” in regards to the films we choose to highlight on this site, and while that is often taken to mean new formal techniques or previously unexplored subjects, importantly it can also mean taking familiar ideas and remixing or recontextualizing them within new viewpoints. A fresh and exciting take on the extremely well-trod vampire mythos, Nikyatu Jusu’s acclaimed short film Suicide by Sunlight is a fine example of this latter approach, blending a host of diverse inspirations from the genre into something uniquely vibrant for the current moment.

The jumping-off point for Jusu and her co-writer, Robin Shanea Williams, is to imagine race as a pertinent aspect to vampirism, which both challenges traditional Eurocentric depictions, as well as providing a fascinating frame for a whole range of meaty subtextual readings. Inverting blackness away from being a marker of marginalization towards a quality that confers an advantage for vampires when integrating with “normal” society is at once a simple hook, but also rich in thematic potential, and Jusu does not hesitate to dive deeply into the implications, parallels and lingering limitations of the premise within this 17min short—designed as a proof-of-concept for a proposed television series. While the enormous success of Jordan Peele (Get Out, Us) has proven an appetite for smart horror/fantasy with a social conscience, genre fans wary of high-brow incursions into the form have nothing to fear—Jusu does not forget to dish out a healthy serving of blood and sex in order to satisfy our baser desires.

Set in a contemporary New York City where vampirism is an acknowledged condition by society, the film focuses on Valentina, a vampire who is granted, by the melanin in her skin, the ability to endure sunlight. With this freedom Valentina is better able to blend into normal society, working as a pediatric nurse at a hospital during the day while at night she is free to pursue her carnal nature. This duality to her character, as both a caretaker and a violent predator, is a fascinating contradiction and directly bleeds into an even greater division of personality—between a vampire and a mother.

Valentina has reason to restrain herself in her night-time hunting—two daughters, from whom she is forcibly estranged from by their father. He is willing to keep her secret from society at large but wants his daughters kept far away from his mother’s unnatural influence unless she is able to exhibit control of it.

For superficial reasons it is easy to compare Suicide by Sunlight with Blade, the Marvel Universe vampire character that similarly possesses the ability to “daywalk” and which, via a successful 90’s film franchise, was the entertainment giant’s most notable black character for many years. Yet the similarities quickly end as Valentina’s conflict takes her in a more psychologically complex direction. Blade is a loner and a one of one. Valentina’s status as a member of a community and the social implications of her status as a vampire lead the film away from action/adventure and into the more charged terrain of identity and the historical legacy of marginalized peoples.

While Valentina, as a vampire, benefits from her blackness, she is no less made an “other” because of it. This leads to a self-loathing that manifests in her purging after she feasts. Vampirism adopts the status of race, as she is made to feel alienated towards her own nature in a way sure to be familiar to minorities everywhere. The punishment meted out to her in the form of her children being taken away and the raw power exerted over her through this separation is the engine of the film’s conflict and it makes Valentina a sympathetic figure. These family drama elements are as gripping as any of the more fantastical elements of the story, yet, what could be a straightforward tale of Valentina fighting her own discrimination and coming into self-possession of her own power is simultaneously complicated by these fantastical elements, leaving the viewer with a deliciously conflicted queasiness over the prospect of her triumph.

Storytellers of this level rarely emerge from nowhere and Jusu is no exception, with a healthy track record that now has her poised for big things. A graduate of NYU’s Tisch MFA program, prior short films African Booty Scratcher and Flowers were festival hits, eventually being distributed via HBO, and she has been the recipient of major awards such as the Spike Lee Fellowship, and a Princess Grace Grant. Intent on developing her first work in a longer format, Jusu thought she was done with short films until a unique opportunity came along, the Tribeca/Chanel Through Her Lens program, which Suicide by Sunlight won in 2017. Accompanied by a large grant, Jusu set out to make this short as a teaser for a TV pitch she had ready to go. Premiering at the 2019 Sundance Film Festival, the short instantly caused a sensation and Jusu acquired representation via the Paradigm Talent Agency shortly thereafter. A healthy festival run followed which included stops at Blackstar and BFI London. Since then Jusu has started developing her debut feature film, Nanny, and took part in the 2020 Sundance Screenwriter’s Lab alongside S/W alums Charlotte Wells and Laura Moss. Despite the traction for Nanny, we have our fingers crossed for good news regarding Suicide by Sunlight, as a world and a premise this rich feels like a no-brainer for some ambitious platform to greenlight. Make it happen!