An award-winner at Sundance and SXSW this year, on a routine morning a woman on a crowded New York City subway is sexually assaulted in plain sight
READ REVIEW
Next Previous 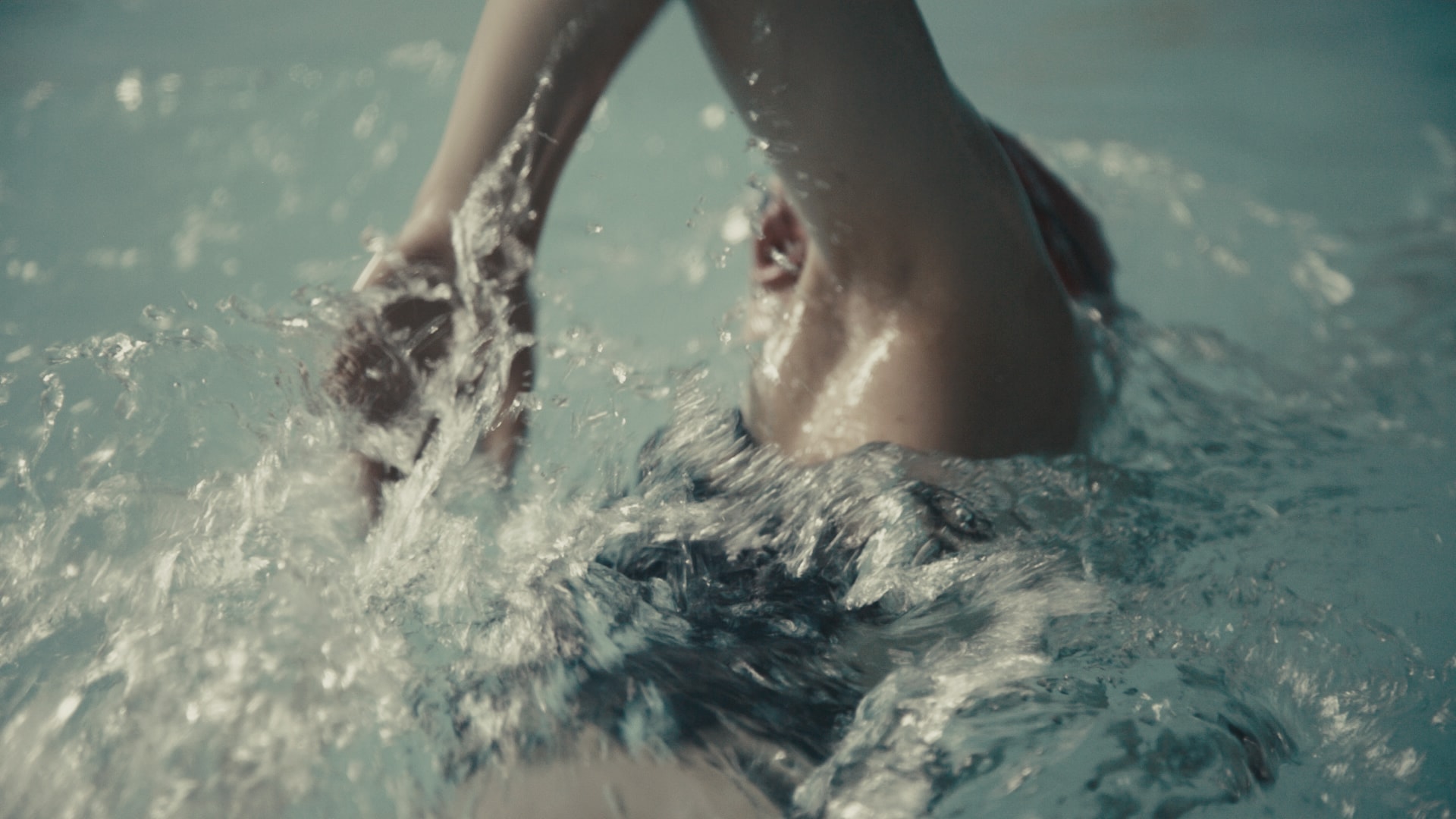 Intensely violating, and within seconds it’s gone. Watching the short film Laps mirrors the crime depicted at its center, putting you in the headspace of its protagonist as she endures an assault on a crowded NYC subway, and leaves you with a similar sentiment—confusion, followed by disgust and shame.

A concise but dynamic short film, clocking in under 6 minutes, the film follows a woman as she commutes from swim practice. Packed like sardines on the subway car, an unidentified man, never clearly imaged, presses up against her. His breathing on her neck slowly quickens, his shoes lightly push down against her heels, his crotch presses firmly against her. Like a cornered animal her body is frozen, even as her eyes seem to scream, “What is happening!?”. Passengers appear to notice, but do no more than we can, which is observe. Then suddenly the train reaches its station, and she bolts out the door, left in vain to process what she just experienced.

Criticisms of the film are easy to arrive at. Despite its intimate camerawork, and frequent cuts which attempt to embed you in the perspective of its lead, the short is maddeningly distant— matter-of-factly presenting the occurrence with little drama. The violation is brief and inconclusive, with none of the histrionics we associate with filmed depictions of sexual assault. It is thus easy to be underwhelmed by the film.

That is of course the point. The woman at its center doesn’t know how to feel, how to make sense of what has occurred, and as a film centered on her vantage, Wells’ will not tip her hand to give you easy takeaways either. The subtlety is its greatest asset, as the goal is to impart the messy mix of thoughts and emotions that spring from such an event—the paralysis of shock at its occurrence, the confusion and minimization of its recollection in the aftermath, the self-doubt of feeling like no one would make a big deal of it if you told them, and the indecision of whether to allow oneself to feel victimized or to move on.

Wells is well positioned to speak to these feelings through her art, as the Scottish-born filmmaker’s short is a variation of her own story. In a piece for the Vimeo blog she shares, “Something not so dissimilar happened to me and I was disturbed by my capacity for self doubt, by my ability to disassociate in the moment. I had thought of myself as someone who would speak out if something like that happened to me, but I didn’t — far from it. I was interested in exploring that: the gradual escalation, the doubt and fear and panic, and, in this case, an acceptance of sorts that it happened.”

Communicating that jumble is important. With the indie world aflame in reaction to the disgusting accusations made against Harvey Weinstein, the release of Laps today is certainly timely. But after winning awards at Sundance and SXSW this year, the unfortunate truth is that this film has always been timely, and these sentiments are still not clearly understood. The reactions to Weinstein online are a perfect articulation of this lack of empathy, as commenters ask variations of “why didn’t the women fight back? Why have they never spoken up before? Why did enablers turn a blind eye?”. So many powerful testimonies are in the New Yorker piece linked above, but in the wake, one of the outside commentaries that most struck me was Liz Meriwether’s piece in New York mag titled “I’m a Coward”. In it she communicates the same mix of shock, helplessness, guilt, and self-rationalization of what, from the outside, might appear to be a relatively benign event, that Wells dramatizes here.

It’s all too easy and reflexive to minimize what Wells has placed onscreen. It’s unfortunate that we need monsters like Weinstein and the accompanying lurid depictions to spur this kind of self-reflection as a society. Even in his instance I admit to shame about how widely my perspective changed in between the NyTimes story that broke the scandal, and the New Yorker piece which made the physical violations reported much more specific and clear. But the emotional scars are always there, the omnipresent weight of easy male privilege a continual tax. And yes, it’s depressingly common. In a film that is admirably free of self-conscious moralizing, Wells does this make this point clear through the analogy of the pool and the subway which gives the film its name—your sheer movement through the world is a repeated routine and you never can feel completely comfortable within it.