A soon-to-be father spends what may be a final night of freedom out on the town with his longtime friends.
READ REVIEW
Next Previous 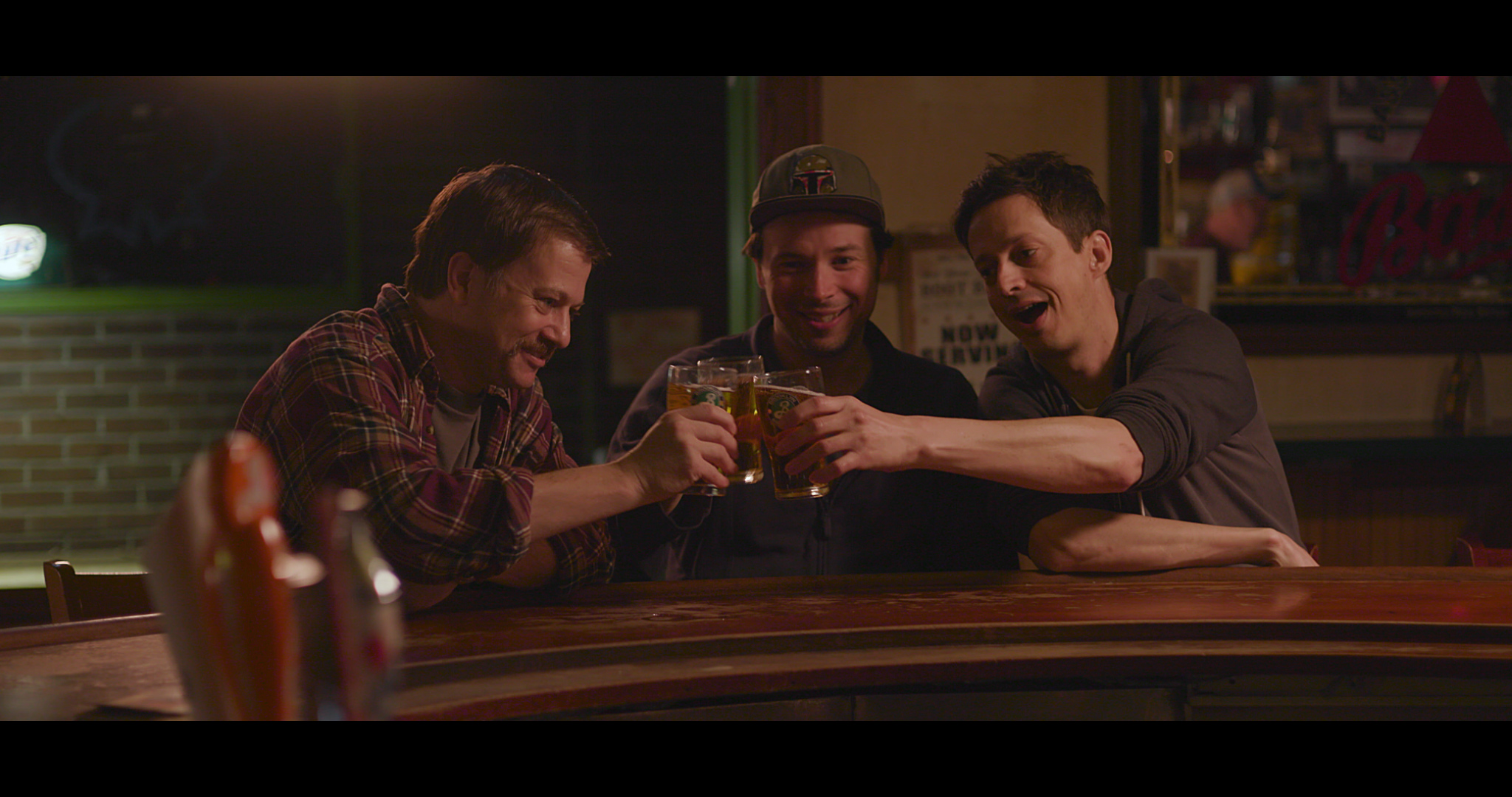 Impending fatherhood and the pressure to grow up seem to lead to escape attempts that turn out to be exactly the opposite. When soon-to-be father Carol (Lars Engstrom) goes out for a semi-wild night on the town with his two best friends, lurking (self-)doubts and a fear of missing out determine the hijinks he embarks upon until the wee hours of the next day. Carol might not be dissatisfied with his life situation per se – but what if this is it? With a kid on the way there is no way out, the ultimate life decision you can’t take back. Will he ever be ready to be a responsible father?

Starting right off with a glimpse-into-the-life scene between the three friends and Carol’s wife, filmmaker Jordan Axelrod’s Carol’s Last Chance creates a hang-out atmosphere that he keeps up throughout the whole film. Light tensions and potentially unpleasant situations arise without ever over-playing the dramatic elements while staying true to the film’s low-key vibe.

Aided by winning performances from all actors involved and with beautiful cinematography by Rahul Sharma that never gets in the way of the nonchalant storytelling, director Axelrod crafts a relatable film that wears its influences on its sleeves but still demonstrates the writer/director/producer’s own style.

In his filmmaker’s statement Jordan Axelrod notes that through “working off of a treatment that implied decades of friendship and a marriage long enough to have grown tired”, he and his cast developed the details of the story together to achieve the true-to-life conversations and naturalistic narrative.

“Inspired by the working styles of Robert Altman and Mike Leigh, my cast and I spent weeks in rehearsal improvising, discussing […] in the effort to create an authenticity in the relationships we wanted to capture in the film. Working closely with my cast and drawing directly from our lives, the making of this film was a long series of asking questions rather than looking for obvious answers.”

Subsequently, as a devoted fan of the so-called ‘Mumblecore’-movement, for me the film also stands in the realm of the more mature works from this group of filmmakers such as the Duplass brothers (Togetherness) or Lynn Shelton (Laggies). Carol’s Last Chance could easily work as an episode in ‘Mumblecore’-auteur Joe Swanberg’s Netflix show Easy, an anthology series on the trials and errors of 30-somethings trying to navigate new professional challenges and family matters. In fact, after the short’s submission our managing editor Jason Sondhi remarked, “Knowing you, I can see why you want to champion this. One of the most Swanberg-y shorts I’ve ever seen.”

Securing the rights to well-known songs can be tough for short films. While it isn’t a big problem for your festival run, things get trickier once you want to sell your film or put it on the internet. For films like Jim Cumming’s Thunder Road the inclusion of the titular song is obviously necessary, but in the case of Carol’s Last Chance there are also some titles for which I’m glad that Axelrod managed to get the music rights. Bob Seger’s “Against the Wind” is not only a personal favorite, but it also cleverly reflects some of the film’s themes mid-film and adds subtext in its truest sense: The scene’s narrative would work without the lyrics playing in the background, but if you know the song and take its message into consideration, the film becomes much more than the sum of its parts.

The musical elements are an important part of the film’s charming execution: The three friends following the marching band is a celebration of the contagious joie de vivre the characters feel in that moment, an absurd element informed by Fredrico Fellini’s La Strada. It also serves as a guiding thread throughout the loose structure of the film and brings us back to the protagonist’s inner conflict at the end of his journey.

When Carol and Frankie (Jen McGuire), a woman the three friends meet at the local bar, share an intimate moment, Frankie’s rendition of Kevin Ayers’ “Only Heaven Knows” and Carol’s reaction to it say more than any dialogue could.

“The music, primarily Frankie’s song that plays in the car, was a very special part of the process for me. […] I enlisted my guitarist-actor buddy Brandon Reilly, who cameos as the ice cream shop employee, to help workshop the piece. Finding Frankie’s musical performance in these rehearsals informed much of what Jen [McGuire] and I discovered with her character and Brandon’s arrangement so nicely captures the tone of the movie.”

Jordan Axelrod is currently working on two new short film projects as well as a couple feature ideas, while two other shorts that he produced (Bennifer by Ryan McGlade and Nothing That Moves by Sam Beneitone) are nearing completion.