Alone in an aging cosmos a traveller’s pilgrimage comes to an end.
READ REVIEW
Next Previous 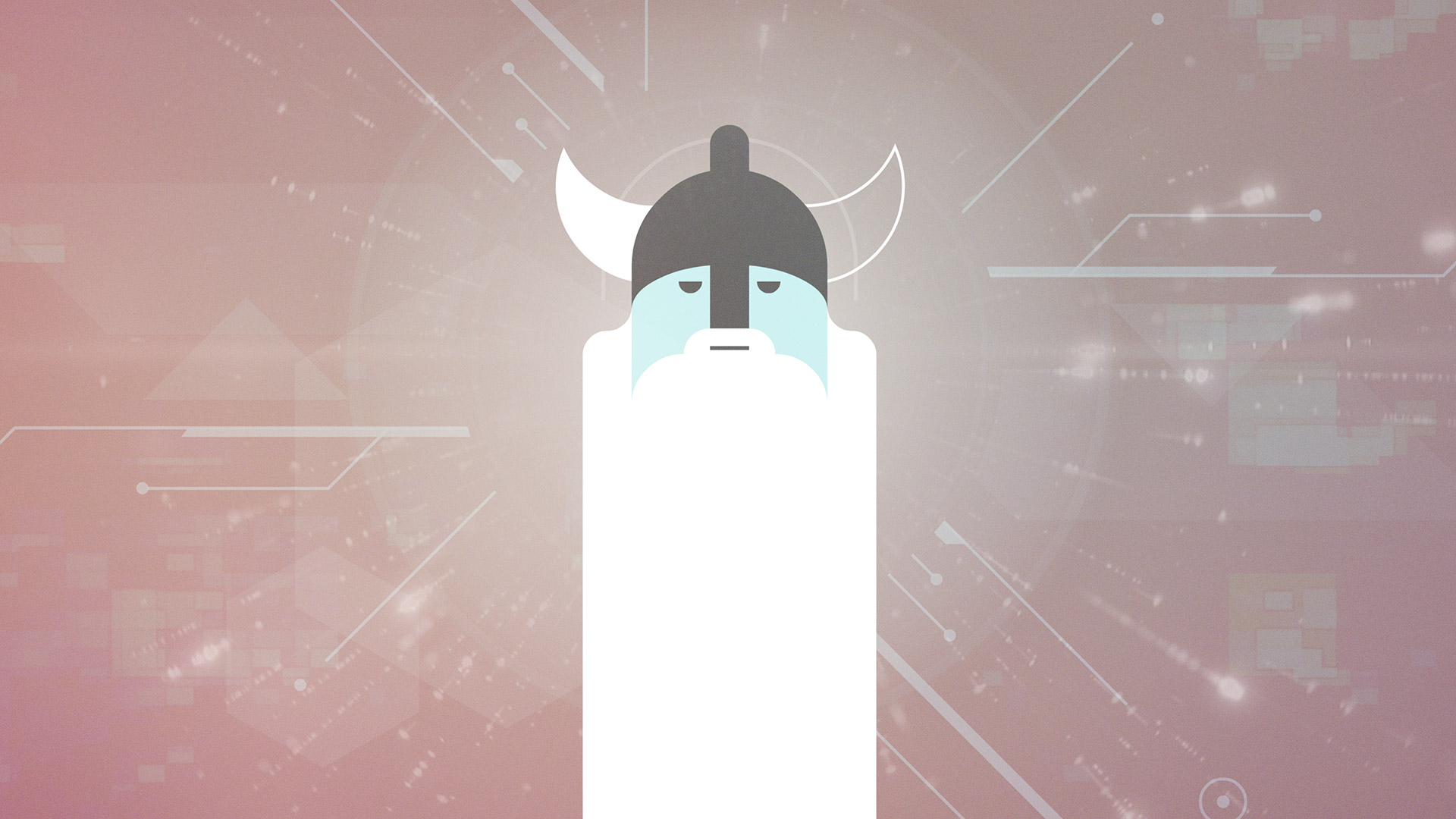 Short of the Week favorite Eoin Duffy (On Departure) returns to the site with I Am Here. It’s been a few years since Duffy’s last major short film release, the Oscar short-listed The Missing Scarf, so this day is worthy of some fanfare. Already featured on Cartoon Brew and chosen as a Vimeo staff pick premiere, it’s clear the larger online short film community loves Duffy as much as we do.

Duffy’s style has always seemed like the perfect convergence of the motion graphics community and traditional animation (a line that, admittedly, has blurred considerably over the past few years). This is a fancy way of saying that he utilizes a clean vector style—an aesthetic that has been perfected by the MoGraph community. Duffy combines it with a fluidity of movement more commonly seen in traditional frame-by-frame pieces. This line blurs even more when I Am Here takes a very interesting stylistic shift for it’s final reveal (a moment that I won’t spoil here). The stylistic difference is quite jarring, and the end portion was actually created by another animator, Henrique Barone.

But, clean aesthetics aside, I Am Here, ultimately, is a Short of the Week pick of because of its heady themes. The simple art style becomes an interesting counterpoint to its heavy, existential ideas. This is a film about big concepts…about humanity…about every person’s struggle with their own insignificance. If Herzog worked with vector art, I Am Here might just be the result.

“We’re all insignificant momentary collections of atoms that take up an infinitesimal portion of space for a fleeting second.”

As Duffy relates to Short of the Week:

Despite appearances I believe this sobering thought experiment to actually be healthy. Literally nothing merits being stressed over. Your client’s website launch isn’t propping up the continuation of time and space. The universe doesn’t care about the scratch on your new iPhone. While you place significance on winning regional sales manager of the month, a neighbouring black hole devours entire worlds along with their beliefs, history, and achievements. We’re here to be kind to each other and have a good time. Everything else is an insignificant distraction. Even more insignificant than you are. Which is perfectly fine.

While I’m a huge fan of Duffy’s visual sensibilities, it’s also worth noting this film’s terrific use of sound design. It features a textured soundtrack of music and sound effects that really immerses the viewer (despite the fact that you’re probably watching this on a tiny laptop or phone screen).

Duffy is currently hard at work on a few top secret projects that are still months away from release. As always, we’re eager to see what he is going to treat us with next.