On a quest to find his missing scarf, Albert the squirrel unearths problems far beyond his own.
READ REVIEW
Next Previous 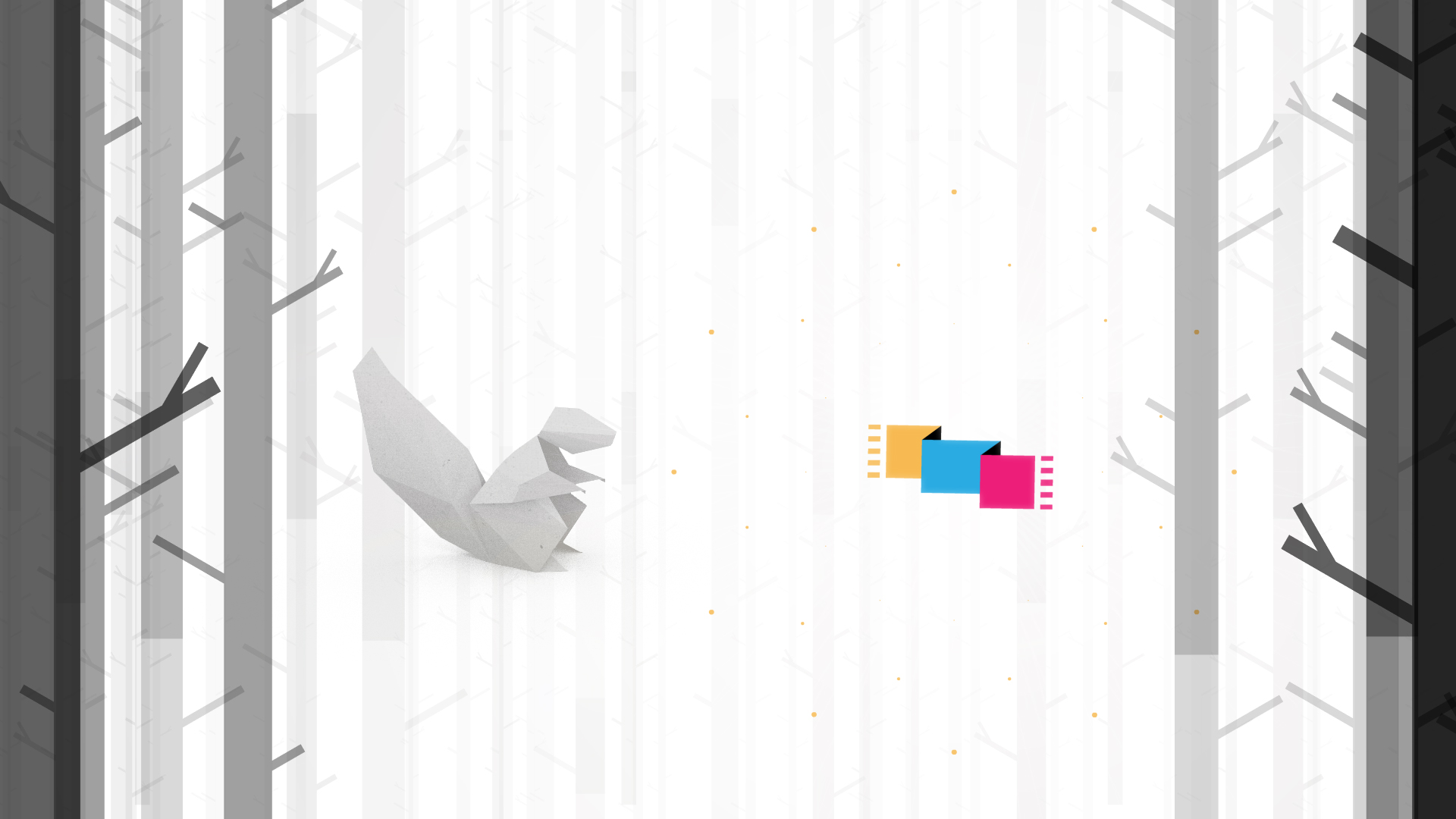 As a motion designer, I’ve consistently amazed by the quality of stuff being produced today. But, as pretty as all those corporate infographic and demo reel pieces are, admittedly, they all tend to be exercises in aesthetic, rather than story. To be blunt, they lack soul.

Eoin Duffy—an Irish animator currently based out of Vancouver—seems bent on changing that. Last year, he moved us with a stark, iconic representation of grief with his film, On Departure. Now, he’s blessed the design and cinematic world with The Missing Scarf, a virtuosic piece of motion design, character animation, and above all, storytelling.

Apologies to the reader, but allow me to gush: The Missing Scarf is short perfection to me—beautiful to look at with the brains to match. The simplicity of the animation style works in a delightful contrast to the heady subject matter. As with On Departure, Duffy has completely devoted himself to conveying an entire world with simple shapes and overlays. It’s an exercise in minimalism that is, oxymoronically, quite complex. It’s filled with little, minute details—tiny bits of subtle movement and animation that really strike a chord  with the motion designer nerd inside  of me.

But the similarity between this film and On Departure doesn’t stop on an aesthetic level. Whereas the first film was an exploration of the immediate emotional effects of grief, The Missing Scarf becomes an analytical examination of the aftermath of loss. How do we deal with fear of the unknown, of failure, and rejection? Moreover, how do we process? What’s the point of living if we’re all just molecules floating through the universe, slowly counting the clock ticks until our eventual demise?

The existential concepts may not be new, but Eoin’s approach to the subject certainly is. Using the tone of a child’s storybook reading, the film lulls the viewer into a certain sense of complacency. So, when the more philosophical topics hit, the change in dynamic is a punch in the metaphorical nards. It’s cute, dark, and even a little bit cheeky.

As for the narration, well, if the voice sounds familiar that’s because it belongs to none other than George Takei. In his search for famous vocals, Duffy presented Takei with polished animatics of the film. The actor loved the look and story and agreed to take part in the project.

For those interested in Duffy’s creative process, all the 3D elements were created using the open-source program, Blender. The rest was built using the usual suspects from the Adobe Creative Suite—Illustrator, After Effects, Premiere, and Flash. Production of the film essentially boiled down to Duffy working steadily on his laptop for five months.

The Missing Scarf had quite the festival run, collecting a laundry list of awards along the way. The film was even shortlisted for last year’s Academy Awards. Thankfully, it now finds its way online, where we can all enjoy Eoin Duffy’s childlike jaunt into the world of existential nihilism. Gosh, ain’t the internet grand?
Film Website Filmmaker Website
LIKE TWEET