Coming off his Zac Efron-starring debut feature "We Are Your Friends", filmmaker Max Joseph has a pressing question—is he too nice to be a great director? An essay-like exploration ensues, which is a fascinating watch for young creatives everywhere
READ REVIEW
Next Previous 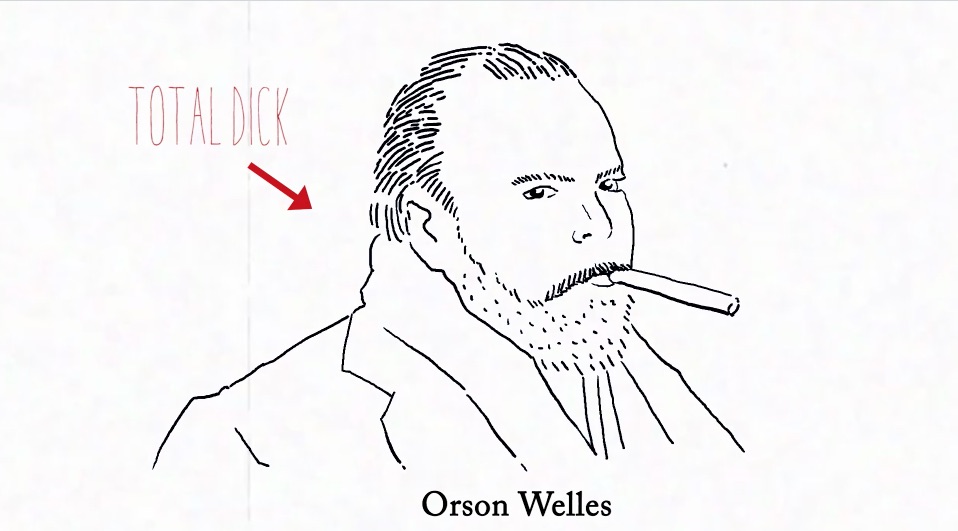 From most any vantage point, Max Joseph is a wild success. Through pieces like A Brief History of John Baldessari and 12 Years of DFA, Joseph has pioneered a highly influential and oft-imitated style of documentary editing. His frequent collaborations with social media creator extraordinaire Casey Neistat and his role as co-host of the MTV show Catfish have given him huge popular recognition as well. Joseph was able to parlay all this into a feature debut two years ago that starred big names like Zac Efron and Emily Ratajkowski titled We Are Your Friends.

But that movie…well there is no nice way to say it—it bombed. And in the wake of that disappointment Joseph is doing some soul-searching. The result is this film, Dicks: Do You Need to Be One To Be a Successful Leader? The lengthy title is only matched by its lengthy 30+ minute runtime, but it’s a fascinating back to basics move for Joseph, employing his kinetic and humorous editing style while leveraging the charismatic persona he’s honed on TV to tackle a question that’s haunted him since We Are Your Friends—to what extent does a successful director need to be tyrant? Was his feature hurt by him being too nice of a guy?

It’s a fascinating question, as Joseph homes in on area where the culture provides a lot of conflicting advice. Generally, treating people well is considered a virtue, but we do love to lionize leaders whose behavior can only be characterized as abusive: Stanley Kubrick, Steve Jobs, Donald Trump. Is their asshole nature an asset?

It’s rather endearing to see Joseph, again, a wildly successful person, struggle with this contradiction. In an interview with Fast Company about the film he notes, “I put a lot of time and energy into studying the art of filmmaking but I hadn’t put a lot of energy or time into the art of learning how to manage people. The first day on the job you quickly realized that the skill of managing people is almost more important than the skill of storytelling–if you can’t communicate what you want effectively and get the best out of everybody then you’re you’re screwed. I figured it out as best I could with trial and error, but I didn’t have any references to how to lead.”

The conundrum around to be or not to be a dick is really an investigation into styles of leadership, and to get to the bottom of this Joseph embarks on an approach similar to provocateurs before him like Michael Moore and Morgan Spurlock, turning the camera onto himself as he hunts down smart people to get their takes. He interviews successful filmmakers like Davis Guggenheim and Karyn Kusama, as well as writers like Wharton School of Business Professor Adam Grant. A repeatedly delayed interview with director Peter Berg provides a running thru-line to the film that humorously dramatizes the issue at hand. The advice he receives is all over the map, but he does arrive at some key takeaways. You have to watch the film to find them out though!

Dicks is the first in a series called Charismatic Thinker, and the funding is provided by the social network Vero. We’ve mentioned them before in the context of Kibwe Tavares last film Robot & Scarecrow, and short films seem to be a major part of their marketing push, as in addition to working with Kibwe and Joseph, they have produced films by S/W alum Ben Aston and were the exclusive home for the recently released Zach Snyder short film. Joseph has continued the Charistmatic Thinker series with L.A. Observation No. 158, a significantly shorter, but no less entertaining “mooditation” on the the city. Download the Vero app to check it out.