12 Years of DFA: Too Old To Be New, Too New To Be Classic

An oral history of DFA: the iconic NYC record label that got the indie kids to dance. Narrated by Marc Maron.
READ REVIEW
Next Previous

12 Years of DFA: Too Old To Be New, Too New To Be Classic 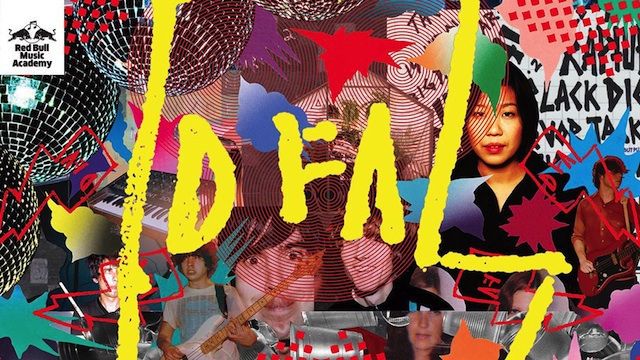 I remember when The Rapture’s “House of Jealous Lovers” came out. It was a fairly revelatory moment for me. I hadn’t been serious about music very long, and frankly I didn’t even care that much for the record, but I love what it represented. Having grown up amidst SoCal beach culture, bubblegum punk of the Blink 182 variety was the ubiquitous genre, and I’d rebelled by plunging in a different angst-ridden direction—Britpop.

But damn it, I wanted to have fun! And indie dance music, the craze that record kicked off showed me how.  Like the tag line to this film attests, I was one of those suburban kids whom DFA records taught to dance.

Too Old To Be New, Too New To Be Classic, is a seriously fun look back at the iconic label founded by James Murphy who somewhat improbably became one of the biggest musicians in the world as the lead man for LCD Soundsystem. The film is directed by Max Joseph who was the editor for A Brief History of John Baldessari, a film I am more and more convinced will stand the test of time and be seen as an iconic short documentary. I knew Max had a hand in this before I even looked at the credits, the voice is so distinct. The rapid editing, the punchlines he sets up, he creates a comedy rhythm in the documentary form. The interplay between interviews set at the DFA headquarters and those with James Murphy on a boat in a picturesque locale, are so on point and hilarious that they could have been scripted.

Voiced by Marc Maron, the host of the hit WTF Podcast, there is a ton of talent in all aspects of this piece, but again, Joseph is the star with his fresh and unique take on the documentary genre. Kudos to Red Bull for producing the project.