Over coffee, a semi-woke hipster describes his neurotic friend's existential crisis, and the universe's exceptional response to it.
READ REVIEW
Next Previous 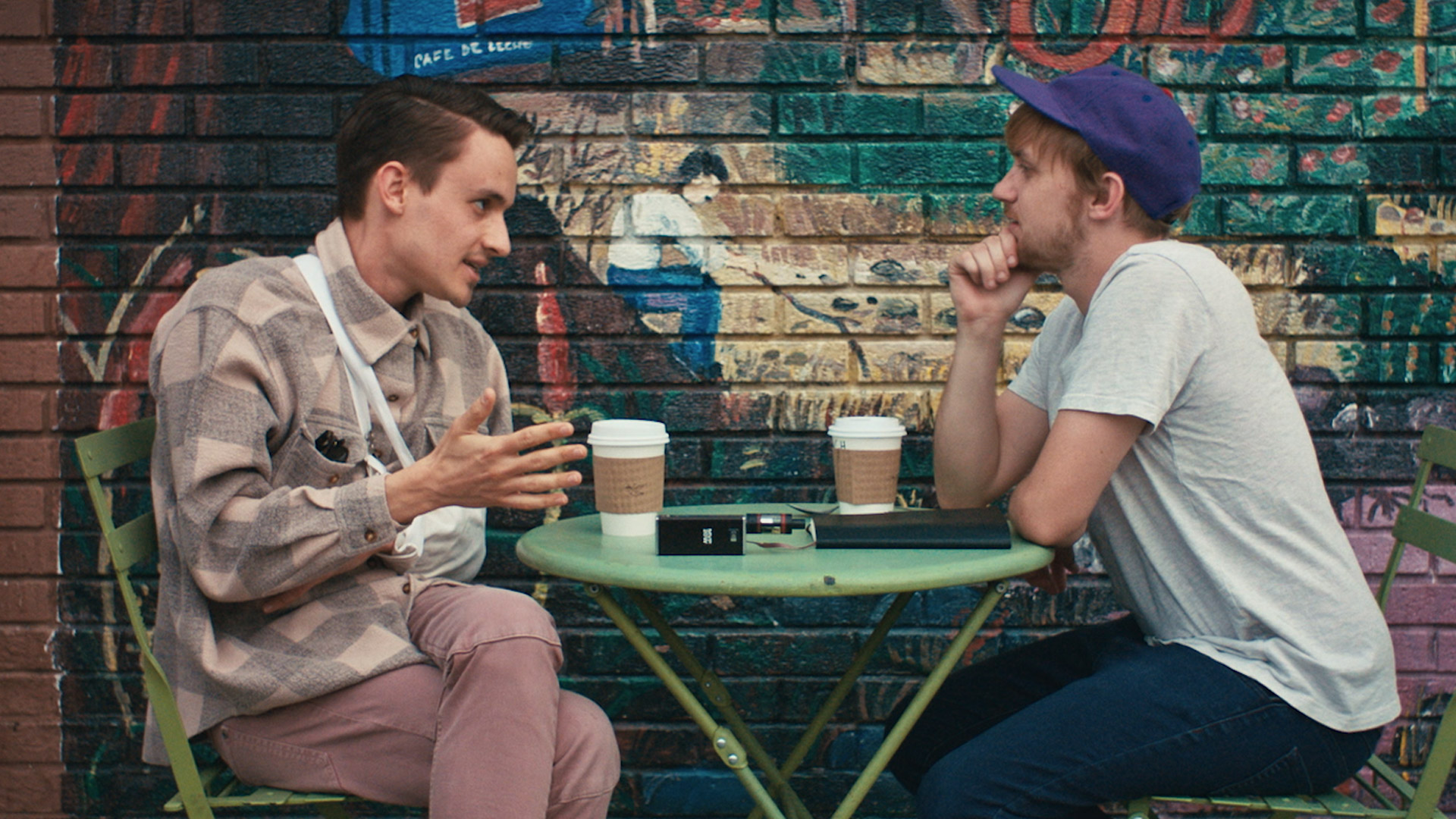 A 4-minute manically paced cinematic non-sequitur, Zach Wechter’s This Table is a tough film to describe. After all, it’s sort of an anti-narrative: a series of quirky, random events that are loosely tied together in service of a flurry of subjects and ideas. Working with longtime writing partner Jack Seidman, S/W alum Wechter (Straight Down Low and Election Day) crafts a quickly paced rumination on death, anxiety, and obsessive compulsion. Oh, and did I mention it’s a comedy?

To get down to brass tax, This Table (larger thematic implications aside) works because it’s just damn entertaining. The pace is ferocious. The style is pronounced. Even if you don’t really “get” the film, it’s undeniably engaging. And, for a brief four minute piece, that suits us fine. As we online curators know, hooking an audience early is the biggest hurdle to creating a successful film on the internet. And, Wechter and Seidman get their claws in your from the onset. From there, you’re along for the ride—a rollercoaster with ample air time. The film is a really adept example of kinetic editing, often using cuts to accentuate punchlines and explore its “story within a story” construct. Visually, it also looks great, shot with a distinct visual panache that relies primarily on wide-angled lenses. While the film’s content strays away from Wechter’s previous genre-focused films, his sense of craftsmanship is still very much on display here.

But, what’s it all about, really? As Wechter explains via e-mail:

“This Table is an obsessive-compulsive short film starring my best friend and writing partner Jack Seidman. His anxiety about death -and the way it’s affected us both- inspired the project. It was my intimate knowledge of his OCD that gave me the confidence to know I could realize his script the right way. — Jack and I thought that making this project together would exercise his demons and free him of his psychic pathology. It didn’t.“

While the film may not have cured Seidman’s OCD, we’re hoping, at the very least, it gets some more attention for this very talented creative duo. Wechter recently executive-produced and directed a new series for SoulPancake called Love & Longitude, which premiered in the Experimental Storytelling section at this year’s SXSW (it’s set to be released later this year).

And, as you might expect, Wechter and Seidman are currently in development of a feature film they wrote together. It takes genre elements (a survival movie) and smashes it with a brand new setting: the iPhone. Needless to say, we’re definitely intrigued.