A shrewd high school detective must solve a curious gangland crime to protect the girl he loves.
READ REVIEW
Next Previous 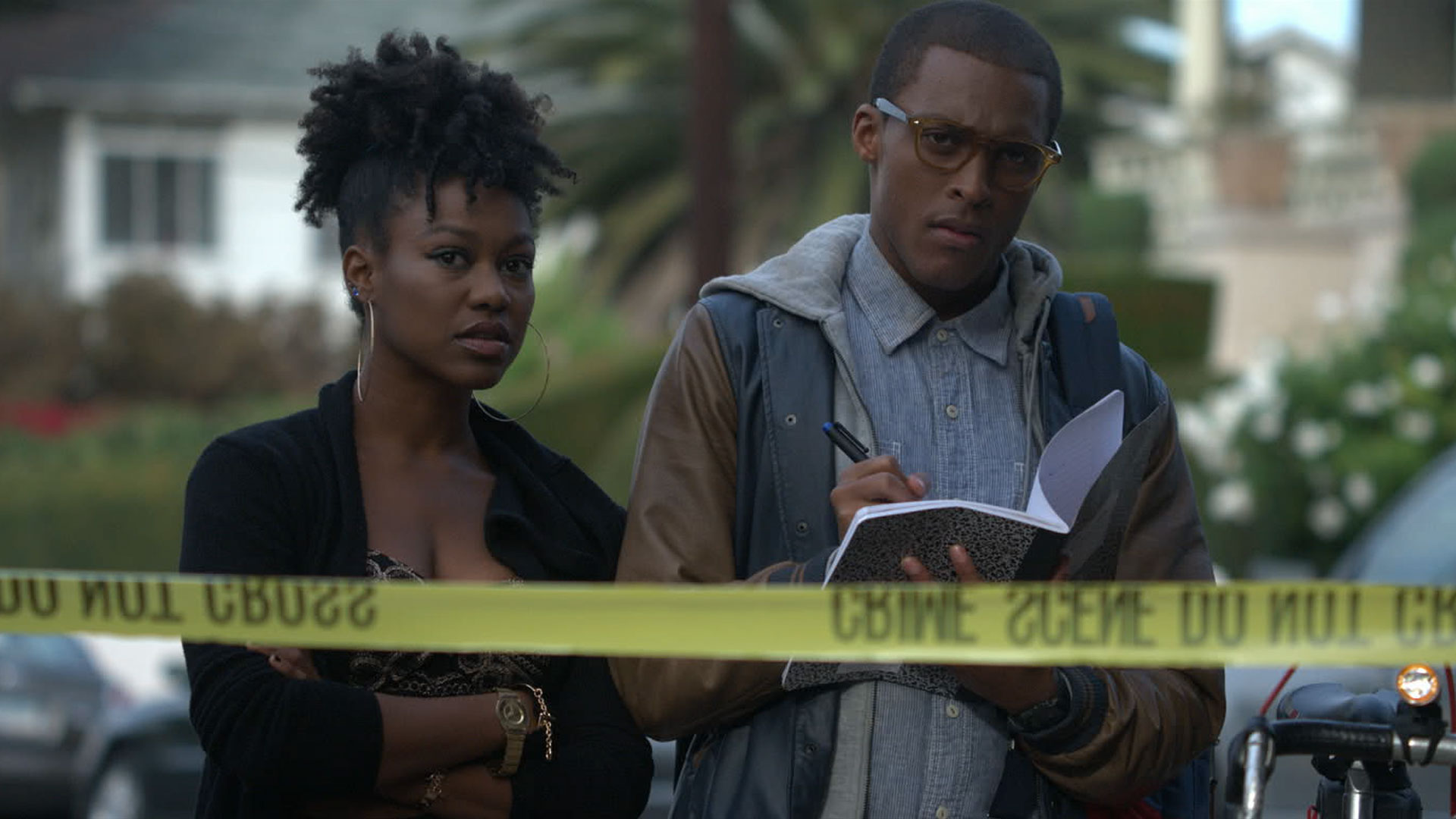 If imitation is the highest form of flattery, well, then Rian Johnson must be getting the vapors right about now. Heavily inspired by the 2005 indie darling Brick, Zach Wechter’s Straight Down Low is yet another crime caper featuring young people jabbing in noir slang. But, I don’t mean to imply that Wechter and co’s film is nothing more than a stylistic rip-off. Rather, this feels like the next evolution of a very compelling sub genre. Over the course of this #longshort’s duration, Wechter uses the noir backdrop to not only tell a compelling detective story, but to infuse it with issues such as race, class, and sexuality.

We’ve featured work from Wechter before. And, as big a fan as I was of his genre experimentation with Election Day, I’m not oblivious to fact that it was a little rough around the edges production-wise. Well, Straight Down Low fixes all that. Polished to the extreme, the film is an engaging exercise in style that is meticulously crafted and sumptuously shot. To be blunt, this visuals are phenomenal, the aesthetic precise. If Election Day was Wechter exploring his narrative craft, Straight Down Low is him perfecting it.

And, really that’s what so wonderful about the world of short films—as a curator I’m often giving the privilege to watch young  filmmakers learn and grow creatively with each entry to their canon. A film like Straight Down Low confirms my initial suspicions: to use a worn-out turn of phrase, the kid’s going places.

Using the Sony F65, cinematographer Mishka Kornai captures some truly spellbinding images with the camera (I would have sworn it was Alexa footage). I was especially taken by the gorgeous location choices and excellent nighttime lighting. Everything is stylized, but not to the point of excess. Suffice to say, it really is an exceptionally photographed student film.

Beyond that, though, the narrative is equally compelling. Unlike Brick, with its all-white lead characters, Straight Down Low brings its genre experimentation to the inner city—a play on West Side Story as much as it is the Maltese Falcon. The solution to mystery isn’t exactly hard to figure out, but considering there is a clue right there in the title, I’d argue that it’s not meant to me. The plot is compelling and engaging throughout its runtime, the smart dialogue moving things forward at a clip. Shamar Sanders is excellent as “The Student” and the rest of the cast is equally adept at keeping up with the slang and clever turns of phrase. This is the rare 20 minute plus short that doesn’t feel anywhere close to its length.

Wechter is currently at work with his writing partner, Jack Seidman, on a feature screenplay. In the meantime, be sure to check out his work at zachwecther.com
Vimeo Filmmaker Website
LIKE TWEET