Long after the end of the world, five strangers sharing an abandoned desert motel are forced to choose between love and survival.
READ REVIEW
Next Previous 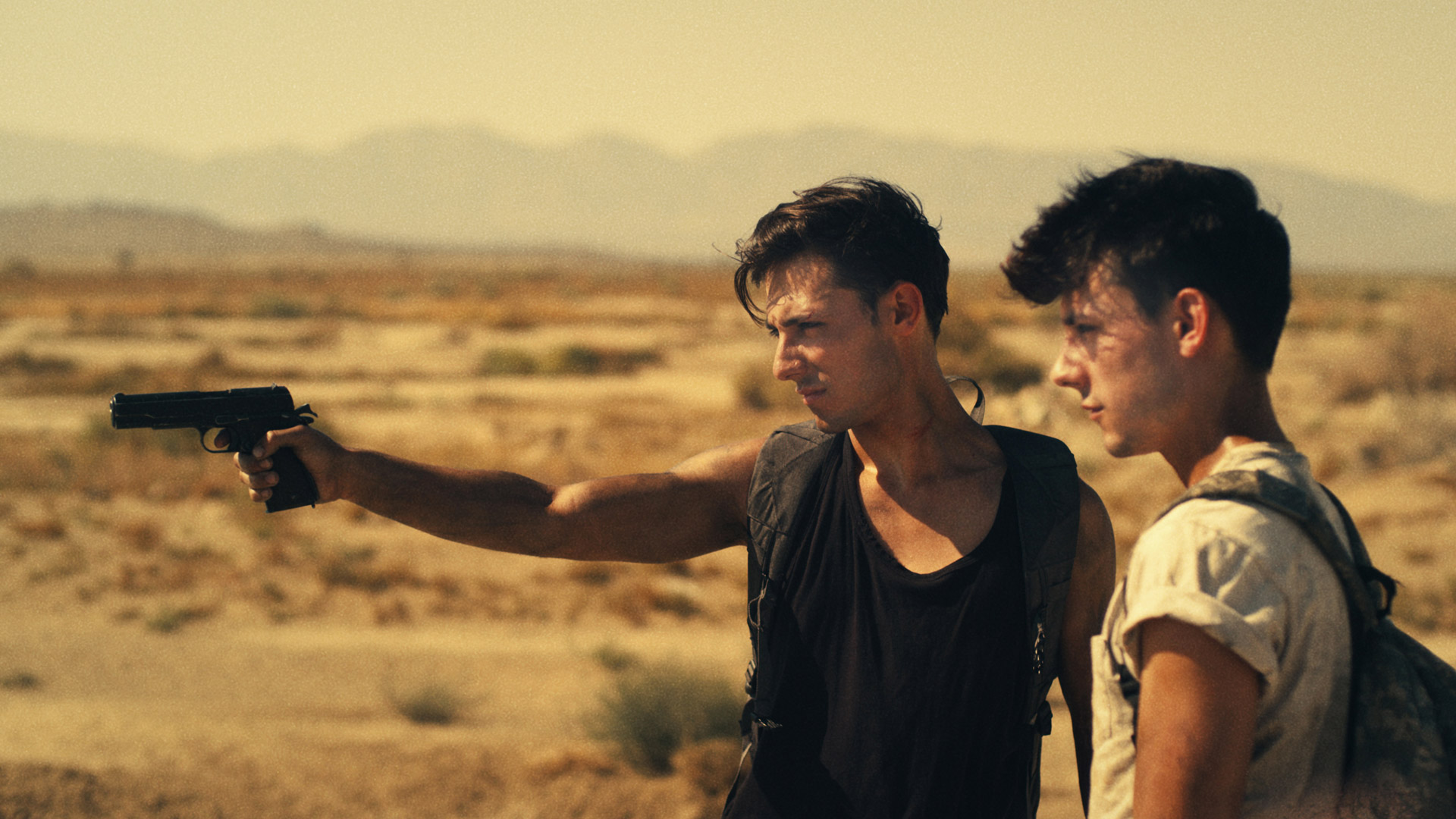 To be up front, I’m tired of “end of the world” narratives. Director/SotW alum Brandon Zuck deserves a special mention for making me me care about one again. Now, granted, Goodbye Blue Sky isn’t a post-apocalyptic story in the traditional sense—yeah, it features a barren wasteland of dirty/grungy looking people struggling for survival. But, beyond the dusty, Max-Maxian trimmings, at its heart, Zuck’s film is really an indie relationship drama—teens dealing with their sexuality and interpersonal relationships. The world just happens to be a burnt out husk of itself.

Tonally, I really like what Zuck is doing here. Like his previously featured film, A Song For your Mixtape, it feels undeniably hip, yet also resonate. Similarly, like Mixtape it feels very “written”—but I don’t mean that in a bad way. Like the work of another young LGBT filmmaker I quite admire, James Sweeney, the dialogue is snappy and clever. Blue Sky is like the pilot for a hit CW show, but is, thankfully, not restricted by network language and/or nudity censors. Blue hair, tight jeans, cutoff tops—it’s millennial sexy (and, yes, I hate myself for typing that). It feels like the characters in Zuck’s film belong in the Hot Topic poster section next to the Twilight crew. And, no, that’s not an insult—Zuck knows the kind of film he’s making and straight up nails it.

One of the primary tenants of good sci-fi is how it uses extraordinary situations to explore common, human issues. Here, the focus is on the nature of relationships. When society goes to complete hell, do conventions even matter any more? Labels are discarded. There are no bisexuals or lesbians or gay people. Rather, there are just people. Survivors. And, the bonds you formulate—the people you connect with and love—no longer can be classified under traditional hierarchies.

“Even LGBT films can underrepresent or undervalue identities that don’t fit squarely within the L or the G.”

Zuck expands upon this idea, “Even LGBT films can underrepresent or undervalue identities that don’t fit squarely within the L or the G. The beauty of sci-fi is the paradox of extraordinary situations scratching the core of real human experience at a depth the mundane can’t reach. Real, existential questions asked with deadly urgency. Forget all the bullshit. What kind of person are you? What kind do you want to be? What, if anything, matters?”

Zuck and his team shot with a crew of roughly 10 people out in the desert (small for a production this polished and ambitious). A special kudos to cinematographer John Wakayama Carey for crafting the film’s sumptuous, stylized visuals. Vast landscapes of golden sand are complemented by night-sequences featuring hot pinks and electric blues.

Is this film for everyone? No. I’ll concede that the parts in the middle might be a bit slow for less patient viewers and some of character-work didn’t land for me (there’s a long monologue in the middle that felt a bit forced), but despite my qualms, it’s easy to see that Zuck is a filmmaker with a rising star: he has a distinct style and a modern voice. We’re eager to see what he tackles next. According to Zuck, he’s hard at work developing a feature film based on one of his previous shorts, Stay. As he describes it, “it’s a kind of gay punk noir about a kid who invites his ex-boyfriend on a road trip to the Florida Keys, never mentioning that their weekend getaway is actually a dangerous drug deal. A story based on my own life.” Sounds intriguing, indeed!