The Meaning of Life

The Meaning of Life 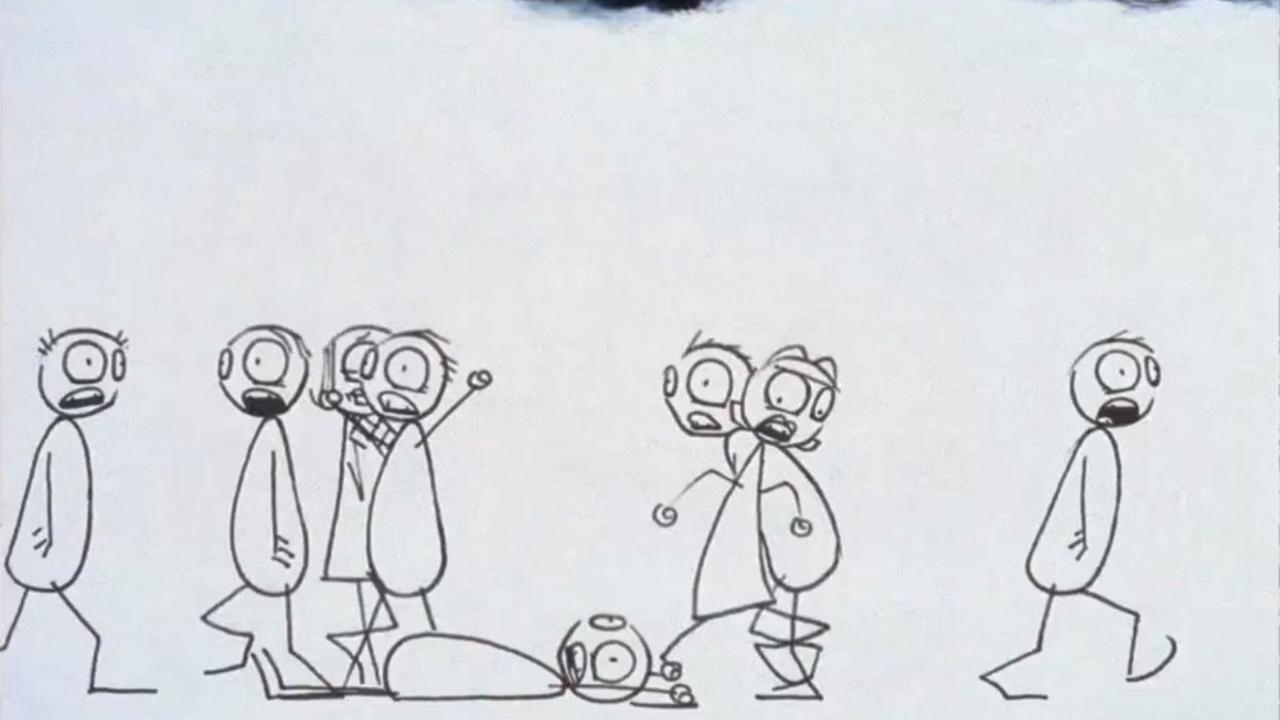 When we created the Classics channel here at Short of the Week, there was quite a lot of discussion around what attributes a film would need to have to fall into this categorization. Tracing the evolution of humankind, from its basic beginning to the “sophisticated” civilisation we’ve become today, Don Hertzfeldt’s 2005 short The Meaning of Life showcases a narrative that is surely as “Classic” as storytelling can get – Happy Evolution Day everyone! (And of course Happy Turkey Day to our US audience).

Tackling a subject already familiar to the format (evolution has also been portrayed in short film by animators Michael Mills, Claude Cloutier and I’m sure many more), with The Meaning of Life Hertzfeldt adds his own distinct take to proceedings with his unmistakable style and injections of dark humour.

Once again employing the “stick-man” style that has become synonymous with Hertzfeldt’s filmmaking, the director explains in a 2012 interview with the AV Club’s Sam Adams why he tends to favor this approach:

“I think if the characters weren’t minimal, if you didn’t have that white negative space, it would just be really, really difficult to watch. I think I would be elbowing you out of the frame and writhing around with myself up there on the screen. The minimalism of the characters, in hindsight, provides a place that you can project yourself”.

The Meaning of Life is the third Hertzfeldt film we’ve featured on our platform after Ah L’amour and Everything Will Be OK, but if you want to see more of the animators work, be sure to check out his YouTube channel below.