The genesis of the Don Hertzfeld cult is this beloved stick-figure animation of an earnest guy who is consistently struck down by unsympathetic women.
READ REVIEW
Next Previous 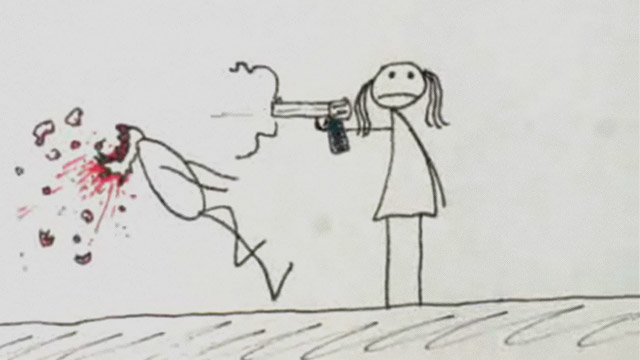 This gut-busting yet painfully honest animation showcases the horrific encounters of a man’s quest to find love. His honest attempts to make friendly conversation with each encounter are ill-received, each woman bringing the attempt to a different brutally violent end. The common thread from commenters describe the film as, “both funny and true”.

Ah L’Amour was Don’s first minor splash in the world of animation. Created while a student at UC Santa Barbara, Ah L’Amour was never intended for a wide viewing audience. Still, you see his personal style of bringing brutal realism to the simple and mundane moments of life—the Scorsese of animation—that shows itself in his later films, Rejected and Everything Will Be OK (both nominated for Oscars). Using extremely simplified scenes and characters (stick figures), his honest sense of storytelling is able to shine. Of all the animators I’ve come to know, he is the only one who can bring three simple lines to life in ways that a whole crew of 3D animators could only dream of.

Don Hertzfeldt (Bitter Films) is certainly no newcomer to the animation scene. Those familiar with Don’s animation methods will know that he challenges himself to using only traditional animation methods abstaining from any digital intervention. In fact, he would have been featured on Short of the Week long ago had he endorsed any official online posting of his films. Ah L’Amour is his first. Let’s hope there’s more to come.