A 2016 Oscar shortlisted animation, this fantasy from emerging star Phuong Mai Nguyen delves into a young boy's possessiveness over his single mother after she takes a giant bird for a lover.
READ REVIEW
Next Previous 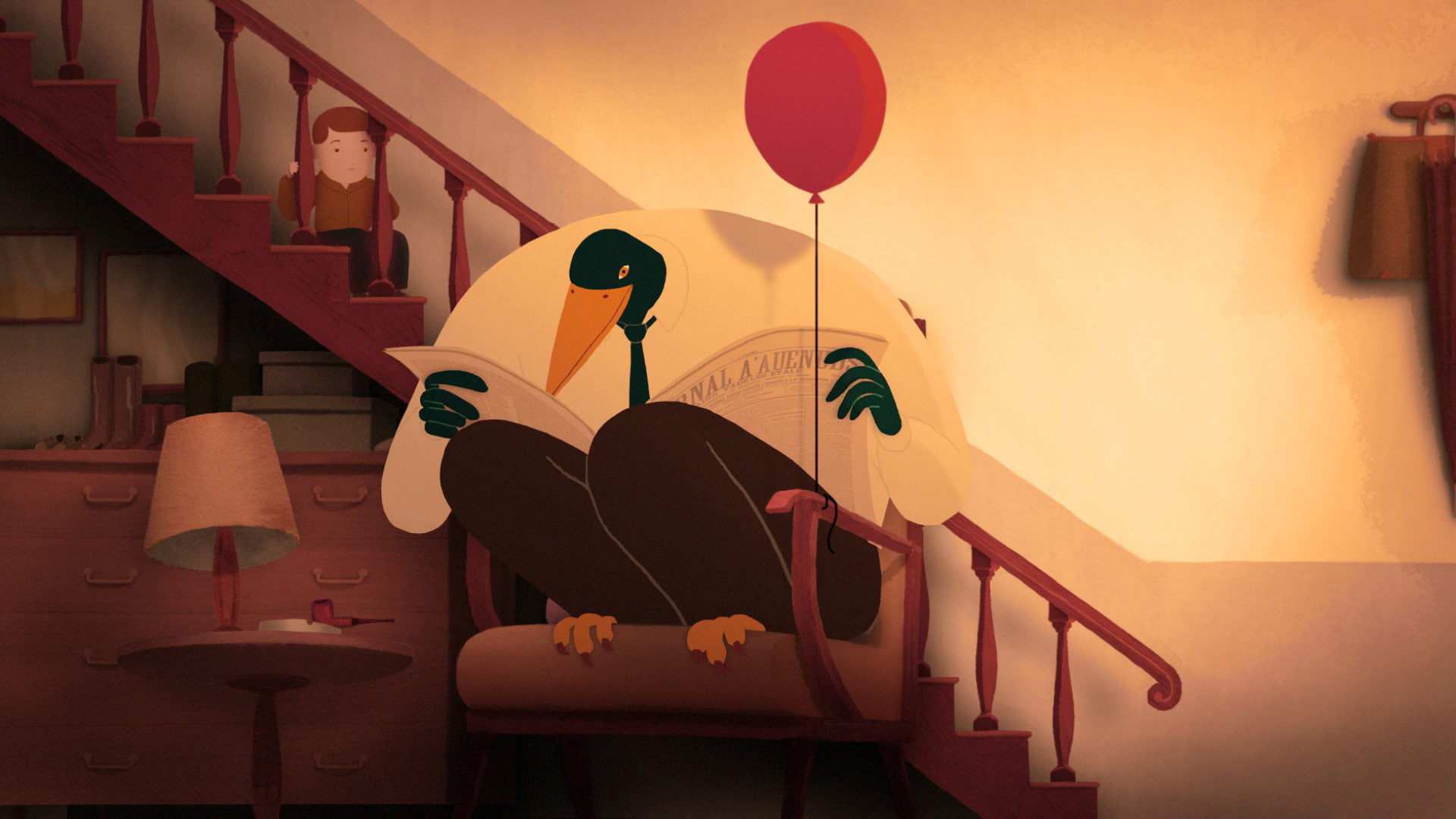 As the title suggests (it translates as “My House”), Chez Moi explores concepts of ownership, safety and stasis against forces of change and accommodation. Put so bluntly, the film’s themes sound academic, but they are powerfully provocative in the way they center wholly around the perspective of young Hugo, and the psycho-sexual frustrations of seeing his Mom take up with a giant bird-man.

A giant bird-man! What!? Yes indeed, Hugo comes down to the morning breakfast table only to be encountered by a strange raven in a shirt and tie. While certainly a major deviation into fantasy, the scenario is played straight, which is simultaneously grounding yet disorienting.

There’s a lot to admire about the film, from its terrific art direction to its deliberate, but never boring, pacing. The surreality peeks out in measured but effective ways, and the show-stopping fantasy sequence leading into the denouement really delivers. If I were to call out a specific element of Nguyen’s craft for praise however, it would be the sensitivity of her observation and its translation into character movements. Most independent animators make dialogue-free shorts in school. While I understand it as an exercise—it forces visual storytelling, and removes some of the complexity of sound production—it is also devilishly hard to execute well. Characters usually under, or, over-emote, and neither that stoicism or exaggeration is fitting. Nguyen has this uncanny feel for crafting very subtle movement in her characters that communicate much. So, while our giant-bird man is sometimes humorously accurate in his bird-like movements, somehow they succeed also in attempting paternalism. The mother’s journey from cautious unease, to anger, to protectiveness is perfectly communicated.

Nguyen first came on our radar in 2009 with her graduation film from Gobelin’s, Un Tour de Manege, which I still fondly remember as one of my favorite ever from that celebrated school. Some years passed, but she was able to connect w/ Papy3D, an animation production company in Paris that has in short order made an incredible name for itself. Responsible for SotW features Edmond Was a Donkey, and Palmipédarium, the company has an almost unmatched track record in the last few years on the international festival circuit. Chez Moi obviously was (editor: the film was on the 10 film Oscar shortlist), and more recently Franck Dion’s followup to Edmond…, Une Tête Disparaît, won the Cristal at Annecy.