A boy makes an unusual new friend on a hunting trip with his father. Animator Jeremy Clapin's followup to his 2009 SotW Best Short of the Year.
READ REVIEW
Next Previous 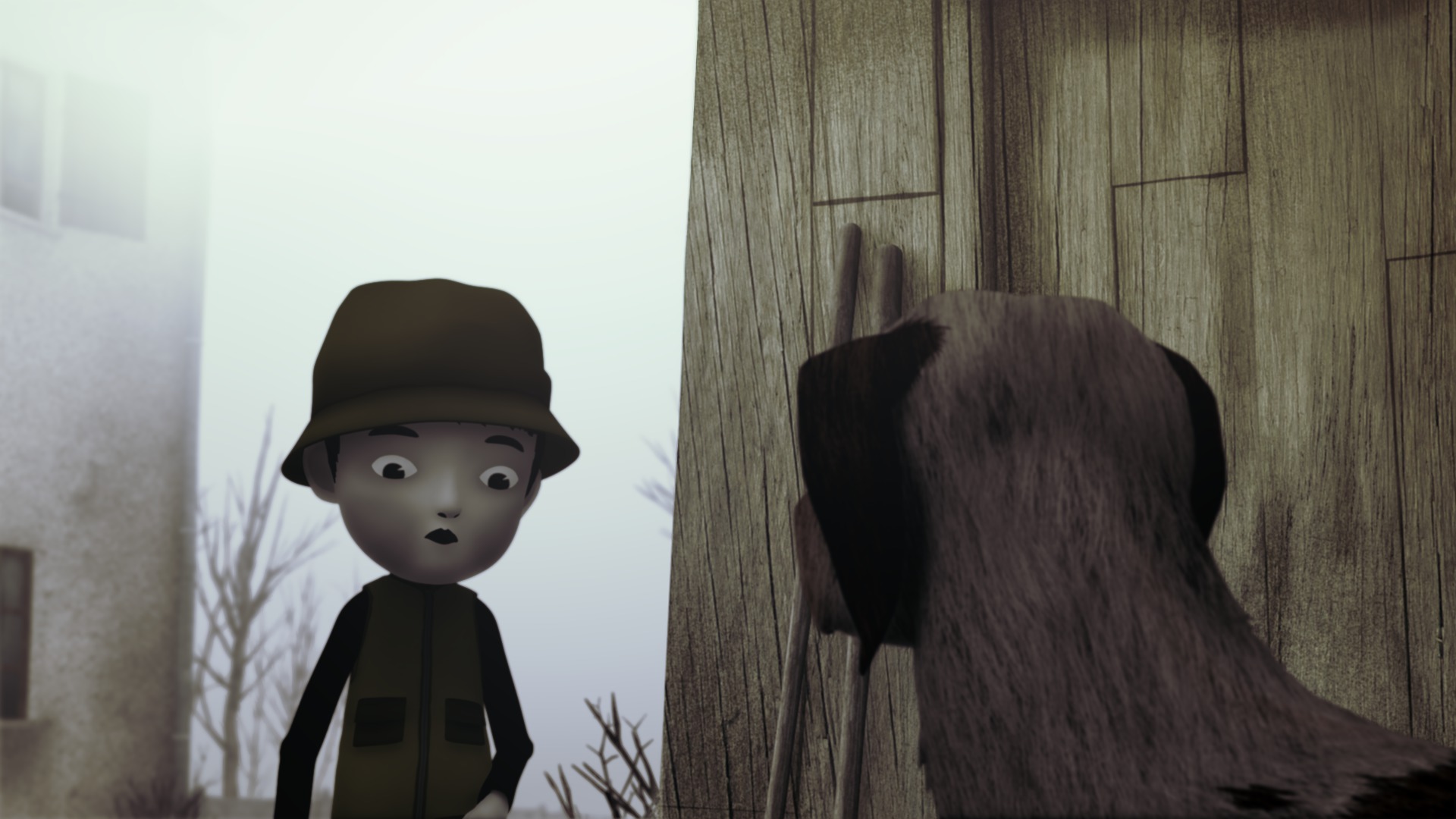 Fans of animated short film have been eagerly awaiting more work from French filmmaker Jérémy Clapin, ever since the highly acclaimed Skhizein wowed audiences back in 2008. Five years later, with another festival tour under his belt, the director’s latest short Palmipédarium is finally released online for us all to enjoy via the Arte TV Network,

Simon knows ducks quite well. They make noise, fly, swim, some even roll. Sometimes, it’s a bit confusing and Simon gets lost.

With Clapin recently admitting in an interview that he wanted his latest film to really make the audience feel somewhat uncomfortable, the dialogue-free Palmipédarium seems more intent on creating atmosphere than weaving a complex, multi-layered plot. Character backstories are left unexplored and oddities unexplained, all in favour of an ever-increasing feeling of unease that slowly builds throughout Palmipédarium’s 10-minute duration. The director making some bold narrative choices to perfectly compliment the unusual visuals of his story.

Created entirely in open source software Blender, Clapin once again develops his distinct, desaturated style seen in both Une Histoire Vertebrale and Skhizein. Gone though is the cartoonish/comic book aesthetic of his two earlier films, replaced instead with a semi-realistic visual style, which makes the world of Palmipédarium feel significantly more identifiable than those previously explored in his short films. It’s a production choice that pays dividends for the filmmaker, with the familiar aspects of the film only magnifying the unfamiliar when they do appear. Adding to the growing sense of anxiety resonating throughout his latest short.

Possibly his oddest film yet, a statement Skhizein fans may find unimaginable, Palmipédarium seems to announce a slight detour from the director’s previous short film work. Whilst the animator’s preceding titles could never be described as conventional, his latest project certainly seems to indicate a more experimental route for the filmmaker. With Clapin devoting a large portion of time working as a graphic designer and illustrator, lets just hope it isn’t another 5 years until we find out where this new direction takes him next.