An observation of art, partnership, and the creative process — seen through the lens of a post-apocalyptic diorama.
READ REVIEW
Next Previous 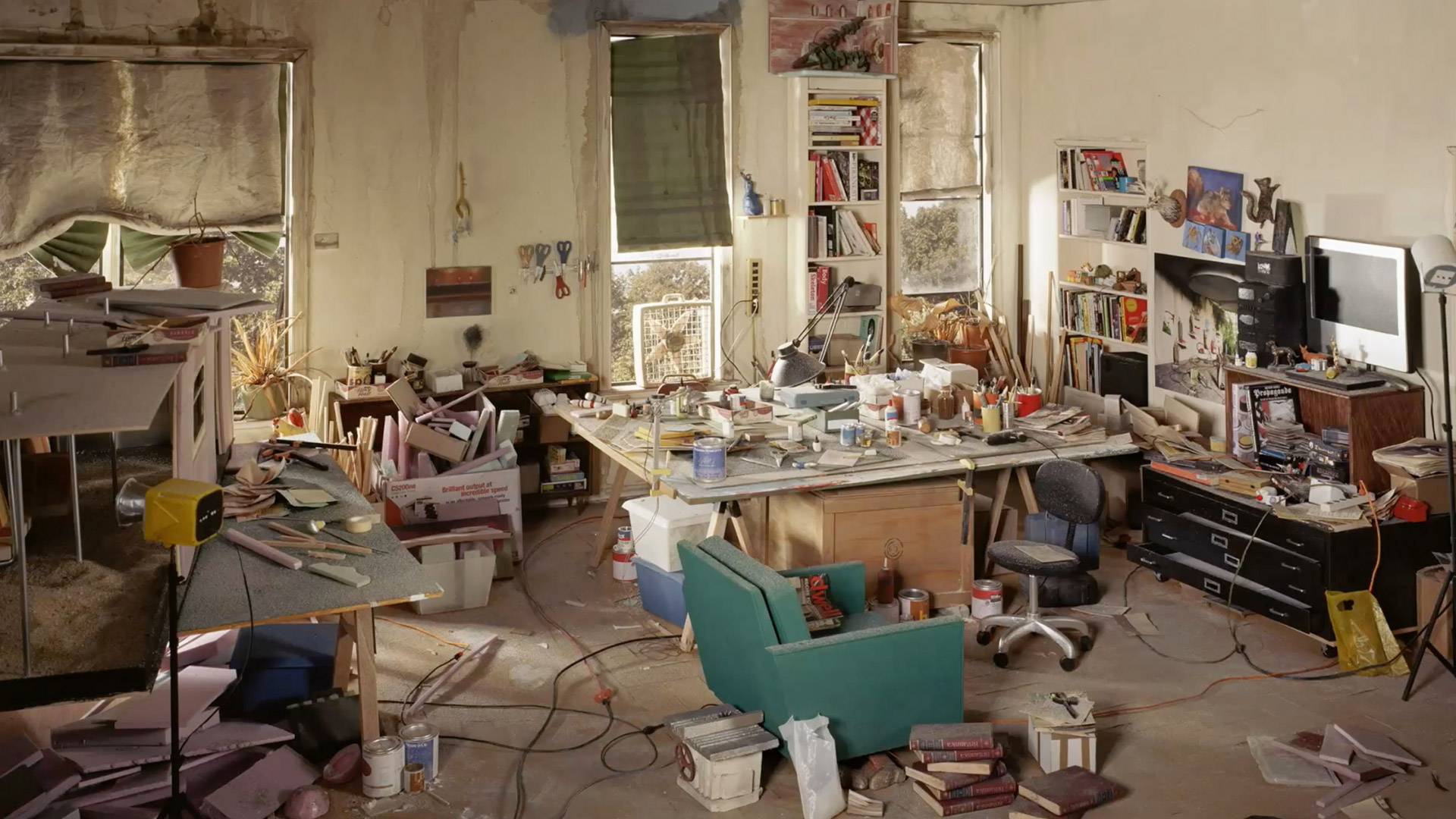 At the risk of taking this write-up on too much of a digression,  a few years back my wife built a dollhouse. It became an impassioned pursuit—a descent into miniature madness. Hours of time were spent installing individual shingles—glueing, sanding and cutting. But, while time-consuming and difficult, the result was sort of fascinating—a facsimile of real life at 1/12th the scale.

Obsession is the operative word when it comes to Nix + Gerber, an artist profile doc from filmmakers Robert Hall and Nol Honig (the duo forms the production company, The Drawing Room). At Short of the Week, we often talk about what makes an artist profile doc stand out (in an ever-growing, overcrowded online landscape). And, I think obsession is definitely a key attribute. In Terri Timely’s Dollhouse, it was a fanatic desire to create “life” out of plastic. In Nix + Gerber, there’s a similar aspiration to mimic reality, but instead of baby dolls, it’s miniature post-apocalyptic dioramas.

Lori Nix and Kathleen Gerber make for compelling documentary subjects. Beyond being incredible artists (they built the sets for a previous Short of the Week pick, The Sea is Blue), their rapport and wit is on display throughout this short. Nix’s dry sense of humor carries things forward at a brisk pace. Humor is often a large component of what makes a profile doc like this work, and, well, Nix’s sarcastic commentary is made for the camera—she’s droll, yet surprisingly insightful.

For Nix in particular, destruction is construction. As she remarks in the film: “I love throwing my scenes away, because it means I’m ready to start the next scene.” If there was ever a simple and poetic way of explaining the inclination for an artist to make something only to have a desire to create something else, that’s it.

Nix + Gerber’s work is is also just, well, fun to look at. Like my wife’s dollhouse, there is fascination in the miniature—you could look at the details in their various photographs for hours.

Communicating via e-mail, filmmakers Hall and Honig discuss the creative aims with the film: “Our initial goal was to explore situations that would cause the viewer to question whether or not what they are seeing is real or fake. This came from a genuine love on our part for all sorts of visual trickery, optical illusions and anything that involves the persistence of vision. Over the course of filming, we discovered these fascinating characters, and wanted to share them and their work with the world.”

They’ve definitely accomplished their goals with this film—a compelling, brief, and well-crafted look into two very fascinating artists. They are currently developing a longer form project that explores similar themes to this short, further examining the concept of “real vs fake” in everyday situations.