The Sea is Blue

A stop-motion fable about how the ocean got its color.
READ REVIEW
Next Previous

The Sea is Blue 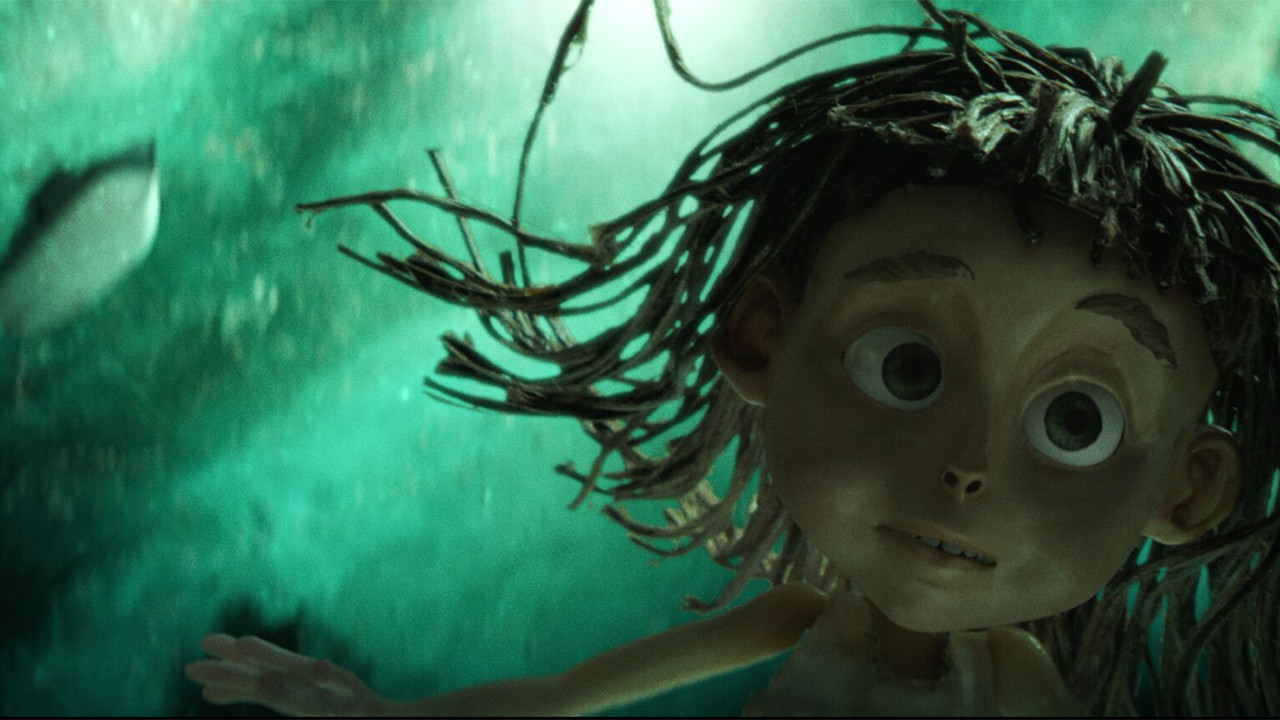 If you follow Short of the Week regularly, you will have noticed a boon of excellent stop-motion shorts appearing on the site as of late. For instance, just this past weekend, we finally showcased the epic 30-minute piece, Junk Head 1. And, now we have Vincent Peone’s The Sea is Blue—an impeccable crafted, touching journey about a girl trying to find her way back home from the depths of the ocean.

On a literal level, the film depicts a girl sinking slowly into the watery void, lost to an underwater world. But, the film isn’t meant to be taken literally. Like folkloric tales from a variety of cultures (and even Kipling’s Just So Stories), The Sea is Blue’s origin story of how the ocean got its blue color is largely metaphorical in nature. Peone was pulling from his own personal, deeply emotional experiences for narrative inspiration.

It’s a story about loss, learning to appreciate what you have, and new beginnings. It game me hope when I needed it.

The film’s metaphorical nature is very much intentional. Ten years ago Peone’s sister, Dina, was left badly burned from a fire that ravaged their childhood home. And, so, at Dina’s bedside—waiting for his sister to wake up from a drug-induced coma—Peone found comfort in writing. The resulting film is a poignant metaphor for what he thought might be going on in his sister’s mind while she lay in the hospital. As Peone writes in his director’s statement, “The short is very personal to me, and I care about it very much. It’s a story about loss, learning to appreciate what you have, and new beginnings. It game me hope when I needed it.”

The film took quite awhile to make—pre-production alone was nearly a year and half. Peone and his team received a generous grant from the Jerome Foundation, which provided the funding to start the visual conception of the piece, from character creation to set-building. Working with a small army of talent, Peone’s production spanned seven months. The puppets were shot and animated using stop motion, but the physical faces were then tracked, rigged, and lit in CG. The resulting film, quite simply, looks gorgeous—brimming with subtle details and movements that really bring the puppet characters to life. The film premiered with Field Day, a channel produced in conjunction with both YouTube and the award-winning creative company 1stAveMachine.

Peone is no stranger to the online video world. In fact, he’s one of the pioneers of the medium. He makes up half of the directing duo, Josh and Vince. Josh Ruben and Vincent Peone were part of the founding team for College Humor’s original content departement, directing countless viral internet vidoes and comedic sketches (CollegeHumor is YouTube’s #1 comedy channel with over 8 million subscribers).

But, with The Sea is Blue, Peone has proved his range extends beyond just silly punchlines (though, to be, fair there’s artistry in that as well). As you might expect, he has plenty of more exciting things on the horizon. He just wrapped directing three episodes of TruTV’s Adam Ruins Everything. And, Josh + Vince are developing their own show with Comedy Central. Be sure to follow the directorial duo on twitter to keep up to date.