In this short documentary about art, motherhood, and make-believe, learn how veteran "reborn" artist Kate Charles strives for maximum verisimilitude in the creation of infant baby dolls. A winner at last week's SXSW Film Festival.
READ REVIEW
Next Previous 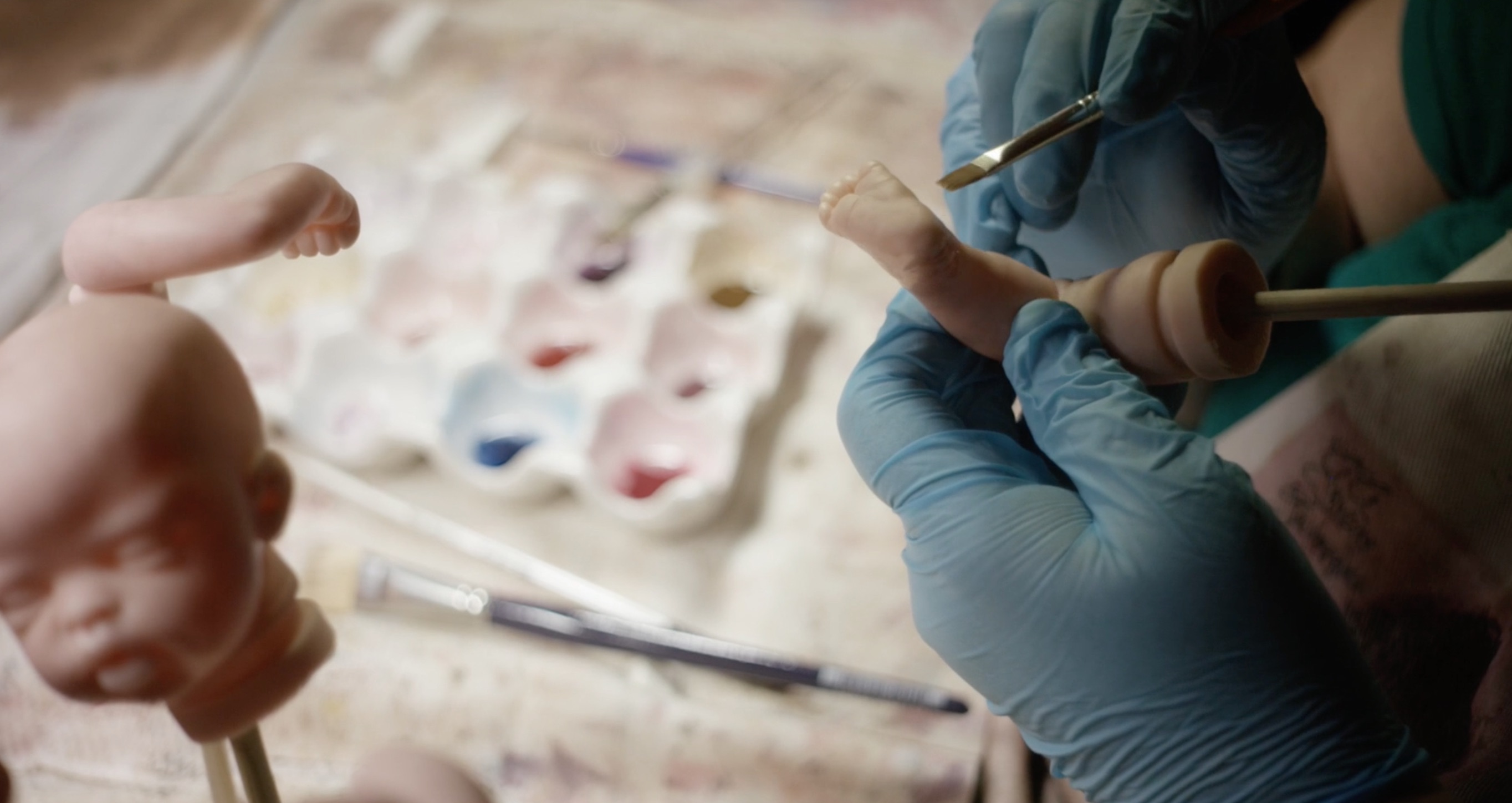 Profile docs are a subgenre that, while as popular as any in short film, may be finally engendering a backlash. Or maybe that’s just wishful thinking? We watch a lot of them here at SotW, and have gotten pretty tired of the form, as they usually follow the same script—vaguely interesting subject, low-depth of field compositions, and non-sequitur cutaways, scored to soft, uplifting background music. Rinse, repeat. The ubiquity of profile docs in branded content is telling (and what it is telling is that they are bland).

Even Claudette Godfrey, who programmed today’s profile doc Dollhouse at last week’s SXSW Film Festival, took a dig at profile docs in this newspaper piece leading up to the fest:

“If it’s a three- or four-minute piece, I can tell within a minute if it is going to be one of those type of films,” Godfrey says. “It’s profile of an artist or a chef or somebody saying something sort of interesting. It’s the theory of least objectionable content, you know? And people will share … that, and that is great. But it is not right for us.”

This lengthy prologue to the review of Dollhouse proper, is to contextualize why, despite coming Terri Timely, a creative duo I greatly admire, I had low expectations for the film, and why, through its splendid execution, my skepticism was beautifully upended.

Profile docs, when done well, can in fact be great, and Dollhouse is the latest example which I would elevate to that standing. What’s difficult about the form is that filmmakers need to nail 3 aspects. They need to start with an interesting subject: in Dollhouse, Kate Charles is the artist at the center of the profile specializing in “reborns”, amazingly life-like baby dolls. This craft has been the subject of a lot morbid, and frankly, sexist fascination on the internet over the years, so it is rich territory to mine. Subject – check. Secondly, they need to coax a strong performance from the subject. This can be aided by on-set rapport, solid questioning, and improved through editing, but often interesting people are simply not interesting on camera. Charles does not suffer from this limitation fortunately, she is insightful, loquacious, and passionate. Check. The third, and last, consideration is direction. Is the doc visually interesting? Is it constructed well? Does the creator mold the raw materials into a definable arc?

Coming into viewing the documentary, this last consideration was the one I was most optimistic about, as Ian Kibbey and Corey Creasey, the duo known as Terri Timely, are accomplished creators with a prodigious track record. With Synesthesia and 2015’s INPUT/OUTPUT they are responsible for what, in my mind, are 2 of the top 100 most iconic Vimeo Staff Picks ever. They also received great acclaim for their Geico “unskippable” commercials. How their sensibility would translate to a rather straight documentary was unclear however. Upon watching though, it seems that their wonderful humor sustains.

Dollhouse is splendidly funny, and it’s funny in that most difficult of ways. Charles is a humorous person, that much is clear, but she is not telling jokes, she is not trying to be funny. Nor is the film laughing at Charles, or in anyway belittling her passion. What Kibbey and Creasey do is use their direction and the film’s edit to manufacture humor. A perfect example comes halfway through the film in a transition scene. A long shot is held and the music drops out, while Charles walks outside to her toaster oven, and there is a ding. Open it up and there are baby parts, freshly cured. Literally a “bun in the oven” being birthed. It is silly, and absurd, and morbidly funny—this scene upends expectation and perfectly dovetails with the underlying uneasiness that viewers bring to the subject inherently. The film is 7min, and there are multiple moments such as this. Watch it right now.

The doc is brought online right on the heels of its festival debut via The New Yorker’s Screening Room, which has rapidly emerged as a great new portal to quality short form filmmaking, such as previous SotW feature Yearbook. With an astute eye they have been acquiring top quality festival shorts for digital distribution, so kudos to Condé Nast, we look forward to more great work from them.