When a lighthearted office prank gets out of hand, Ed is left to pick up the pieces to save not only his job but his dignity.
READ REVIEW
Next Previous 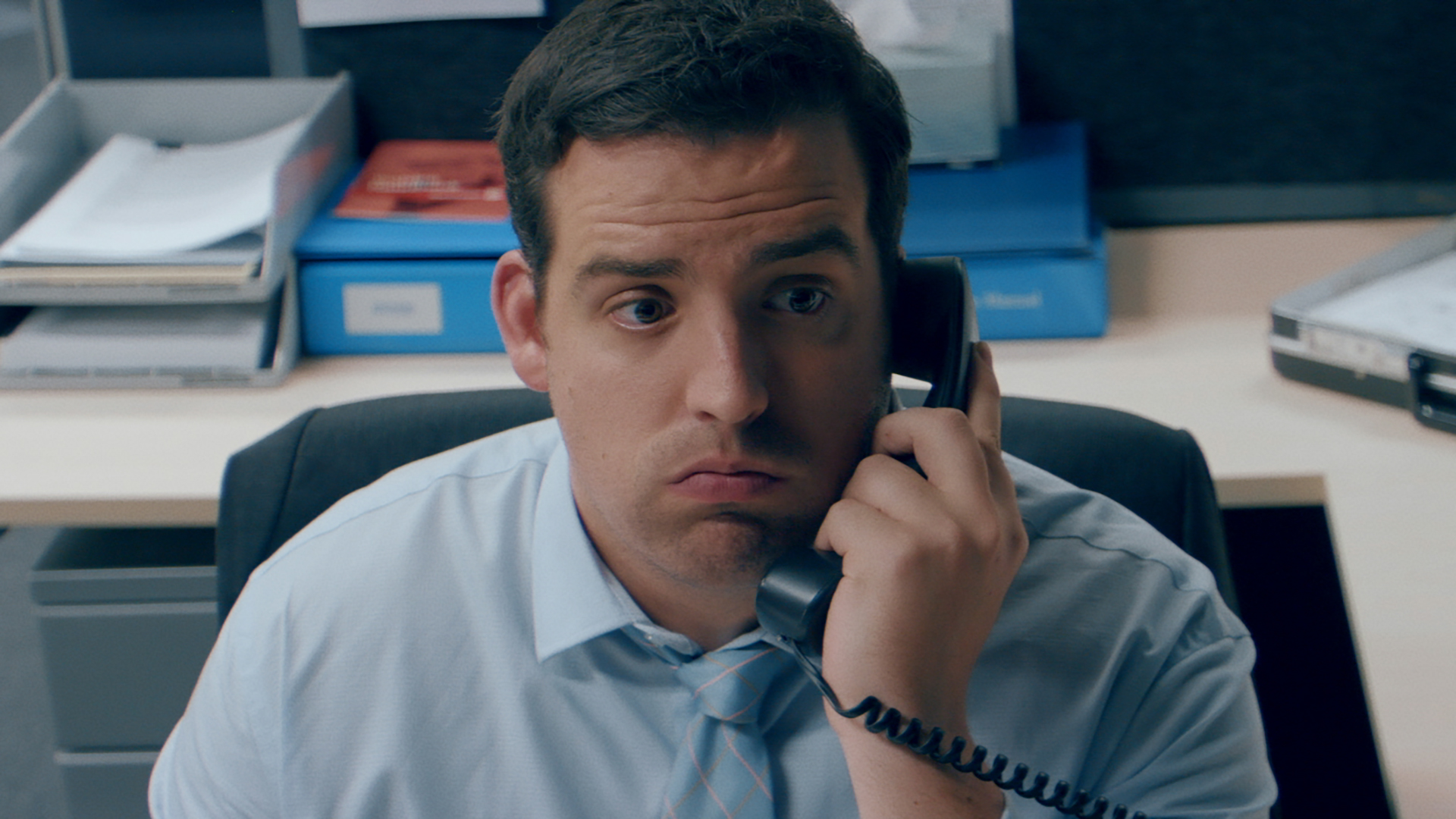 One of the great things about the short format is that it allows talented directors to dabble in a variety of genres. Case in point: director Antonio Oreña-Barlin. A SotW alum, his previous featured short, Suburbia was an intense single-shot portrayal of an active shooter event—suspenseful and emotionally harrowing.  His latest, Drawcard, is a comedy about a guy who draws a dick on a sympathy card. If that doesn’t’ show directorial range, I don’t know what does.

It’s hard to say why Drawcard is so charming. While the premise is simple and the characters are a bit thinly developed, the writing is witty, patiently stacking all the awkward, squirm-inducing pieces to get to a fantastic end punchline. The finale of Drawcard might be predictable, but it’s just so damn well-executed that it’s hard not to appreciate the craft. As with the best comedy, there’s joy in watching the joke build up and then pay off, culminating in the sweet release that is the 2000 alt-rock, one-hit-wonder, Butterfly by Crazy Town. Oreña-Barlin paid a pretty penny to purchase the rights to the song. In our humble opinion, it was money very well spent.

Beyond the strong joke-writing, Drawcard  is perfectly cast. It’s great to see Adam Dunn (who also co-wrote the film and is the star of Dan Reisinger’s terrific Aussie short comedy Status Update) get another lead turn. And, veteran Aussie actor Anthony Phelan is perfect boss material. His final monologue is sublime.

Communicating via e-mail director Antonio Oreña-Barlin states “The journey that Ed takes is a small one physically but a massive one emotionally and one that I hope the audience finds funny and satisfying.” The collaboration between the writers—Dunn and Thomas Mittchell—and Oreña-Barlin was seamless. Oreña-Barlin continues: “I loved the concept for ‘Drawcard’ when Adam first told me about it, once I read the script that he and Thomas Mitchell subsequently wrote, I was in, boots and all.”

The film was shot over a single day in one location with a whopping 49 setups. Nevertheless, the film looks gorgeous, expertly shot with a RED Dragon using Master Primes and an Angenieux Optimo Zoom. Drawcard was one of 16 finalists chosen from the over 700 TROPFEST entries to screen at Sydney’s Live Event (to an audience of more than 90,000). Beyond running his CGI production company, Rotor Studios, Oreña-Barlin, as one might expect, has feature ambitions. He continues to develop the sci-fi project he mentioned when we interviewed him for our review of Suburbia. He is also writing a screenplay based on a trip he took with his father and grandparents over ten years ago. He states: “It’s a cross between Little Miss Sunshine and Rain Man. I can’t wait to bring this story to life, it’s been a long time coming.”