An ordinary day in suburbia is shattered by the unexpected. Based on true events.
READ REVIEW
Next Previous 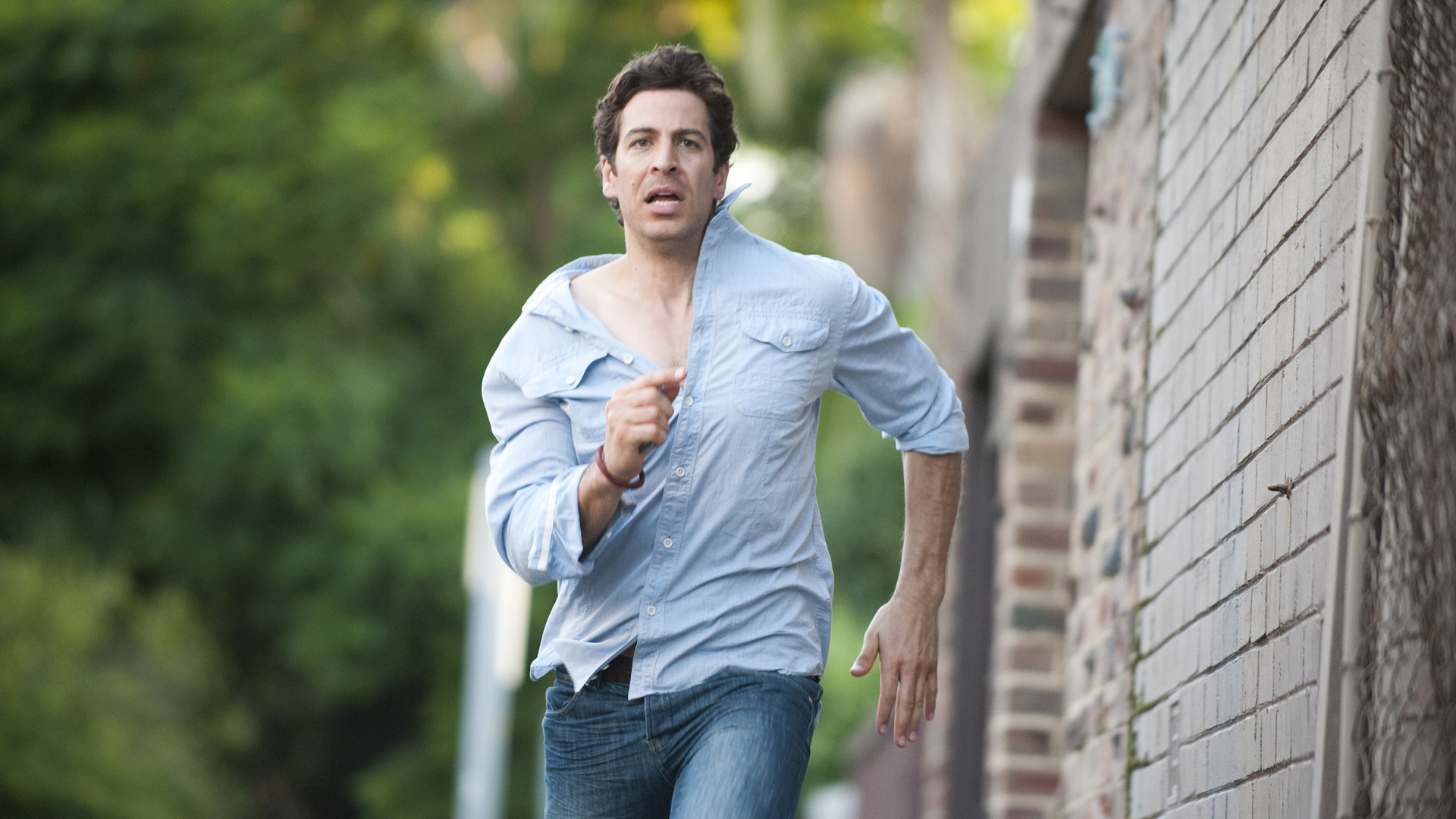 Antonio Orena-Barlin’s Suburbia opens on a close-up of flowers, but don’t let those pristine petals fool you — they’re false signifiers, images of thriving life that will soon be juxtaposed by the horror of neighborhood violence. Unfortunately, we live in a time where extreme acts of violence populate our news media — here in the U.S., the past week alone sadly brought (another) school shooter and crazed cop-killers. It happens so often that we’ve become desensitized; we live with the shock, but don’t often feel it. In Suburbia — a film that boasts a remarkably impressive 12-minute continuous take — Orena-Barlin turns personal trauma into a visceral and haunting viewing experience.

There’s simply no good way to discuss the whys and hows behind the film’s success without going into spoiler territory, so consider yourself warned.

Joel (Don Hany) arrives at a flower shop to pick up his girlfriend Tara (Jodi Gordon) from her first day of work. As he watches her from the doorway, a car screeches by offscreen, headed somewhere in a hurry (a seed well-planted early by Orena-Barlin). He leads Tara along the sidewalk towards their car, thinking nothing of the speeding vehicle. But then, off in the distance, a sound. A gunshot? “Did you hear that?” he asks. She didn’t. Telling her that he’ll be right back, Joel sets out in the direction of the sound, and so begins the slow-burn descent into unrelenting dread.

“There was a random shooting in the street that I lived on,” Orena-Barlin said. “I found myself in the middle of it in the same way that [Joel] does in the film…Being exposed to such random violence on your own street, getting so close to being shot myself, and witnessing someone die in front of me was something that left an indelible impression for decades.” For years, Orena-Barlin attempted to tell the story of that horrific day in the form of a documentary, but when the original intention got lost in the process, he abandoned it, only to decide years later that it was best suited in a fictional environment. But believe it or not, the real event was even more horrifying:

“[In real life], eight people were shot and the shooter was a Satan worshiper who had carved the numbers ‘666’ into the back of his hands with a razor blade just before the shooting.” Orena-Barlin smartly decided to ignore those sensationalist aspects of the story, focusing instead on the victims and the mystery of the unknown. As Hitchcock famously said, “There is no suspense in the gunshot — only in the anticipation.” We never see the killer/s, and there’s not a single act of violence depicted onscreen, which further proves — much like the infamous “ear scene” from Reservoir Dogs — that sometimes the most terrifying image possible is what one’s mind can conjure.

So what about that twelve-minute take? Well, it’s a show-stopper, but in a much more subtle and nuanced way than other “oners” (like the one we featured earlier this week), made even more impressive when you learn that the crew did not have full control over the street where they were filming (the first two takes were ruined by unwanted “extras” wandering into the frame). After literally months of preparation — utilizing Google Maps to plot out a “course” for both the actors and the crew — the day of shooting arrived…and Don Hany’s flight was delayed, keeping him from set until 10:30 AM on the one-and-only shoot day. “The pressure on all the crew was enormous; one small slip from Don would mean that the we would have to reset the entire take…we also couldn’t ride the exposure, as DP Lachlan Milne needed to set an exposure that would work for the entire 12-minute shot across varying lighting conditions.”

With daylight waning and two attempts at the shot lost, Orena-Barlin had to make a decision. “Several people tried to talk me into breaking the shot up into sections so that we could at least get it in the can, but we all persevered with the original vision…it was pretty stressful thinking about telling my wife that the tens of thousands of dollars we’d spent on that single day of shooting would result in nothing but several unusable takes.” On the third and final take, with the sun setting on the horizon, the cast and crew nailed it, and that third take is what you see in the finished film.

The single take works so well because (like the climactic battle scene in Children of Men), we’re experiencing the event right alongside the protagonist — at times swapping out the medium shot for Joel’s POV, putting the audience directly into his head, letting our “eyes” wander over the surroundings in search of clues. With each rapport of gunfire, we become that much more uneasy and unsure, wondering (just like Joel) what could be hiding behind the next apartment building or parked car. It’s a tour-de-force of realism not often seen in shorts (helped immensely by a stunning Steadicam Op/DP team and a terrific, believable lead actor); just look at the confidence in tone and pacing when the camera slowly pulls back and holds on a wide shot as the ambulance arrives for the dying florist — only to once again push back in for a close-up of Joel’s anguished face.

Orena-Barlin and his company Rotor Studios are currently at work on an “edgy feature product” that will expand on the ideas brought forth in Suburbia — a combination of Children of Men and I, Robot, he says. After Suburbia, he certainly has our attention. Make sure to keep up with all of Orena-Barlin’s projects on his website or Facebook page.