Via an app on his phone, Bert discovers that a 97% lovematch is near - now all he needs to do is find her, before the subway reaches the end of the line?
READ REVIEW
Next Previous 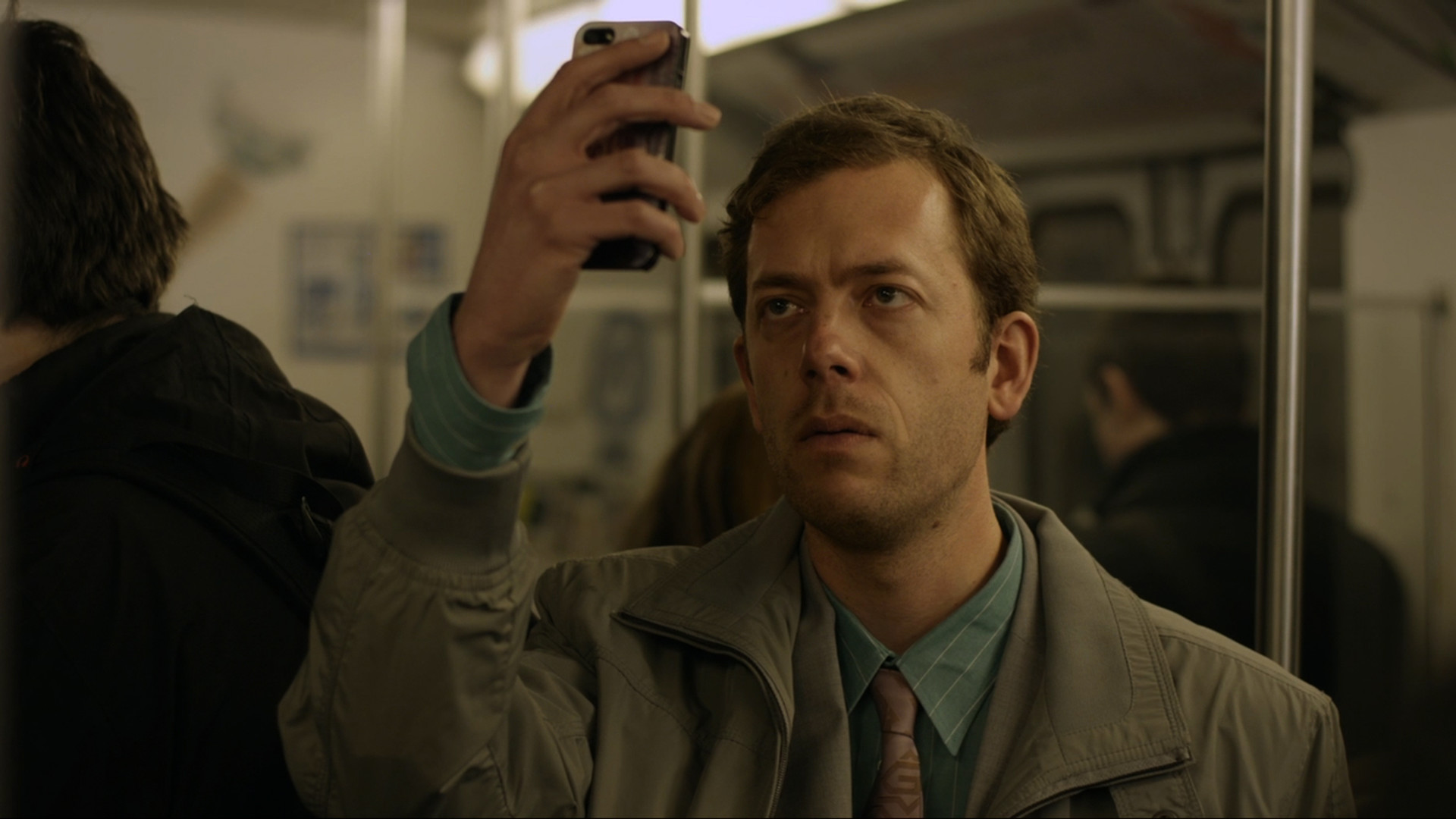 The Dutch entry into the Live Action Short Film category at the 2014 Academy Awards, Ben Brand’s 97% is a captivating look at finding love in a digital age. Following hot on the heels of Samuel Abrahams’ recent hit Offline Dating, another piece that takes a look at the modern dating scene, Brand’s 8-minute short is a film the director perfectly describes as “a laughable love story with a contemporary theme”.

“The story was great, relevant, funny, tragic and also told without any dialogue which I thought was a real nice test”

With a narrative originating from the much-discussed topic of how present technology is impacting our everyday life, 97% is Brand’s take on how social media apps are affecting the way we interact. The second film we’ve featured on Short of the Week from director Brand, following animation Life is Beautiful, the script for 97% was actually submitted to the Dutch NTR SHORT competition alongside the script for the aforementioned short. “Only one could be chosen and they chose Life is Beautiful“, Brand reveals when discussing the origins of his latest short, “which was great, but because my background is in making live-action films, I desperately wanted to make 97% too. And so we did. I thought the story was great, relevant, funny and tragic and also told without any dialogue which I thought was a real nice test…We applied for the AFK which is an Amsterdam-based art fund and they were so generous to give us €5000 to make the film. The only problem was that we had to shoot in a subway train, which is nearly impossible in Holland”.

After navigating the problem of shooting on the train, through a fortunate connection made with the director of the Amsterdam transport department, one week before shooting Brand and his team were informed that they could only take 7 people with them on the train. “This was a big problem” says Brand, “because we needed a lot of extras, story wise and continuity wise. That’s when we thought; Fuck it! We are going to take our +30 extra’s with us SECRETLY. So we gave them a daypass and told them that if someone would ask them what they were doing, “they were going home”. We shot like this for over three nights”.

Despite the difficulties with production, Brand and his team still managed to make a film that looks fantastic and is utterly charming and compelling throughout (no mean feat when you consider it’s dialogue-free). Currently working on his first feature script with co-writer Ilse Ott, Brand should start shooting his next project in April/May 2016. Imaginatively titled Find this dumb little bitch and throw her into a river the director describes the film as being “about growing up and making mistakes – to get the chance to learn from the stupid stuff you do as a kid and to be able to make mistakes in the future again”. Here at Short of the Week, we’re all excited to see what Brand can achieve with a longer run-time, but we also hope he returns the short format sometime in the not-too-distant future.