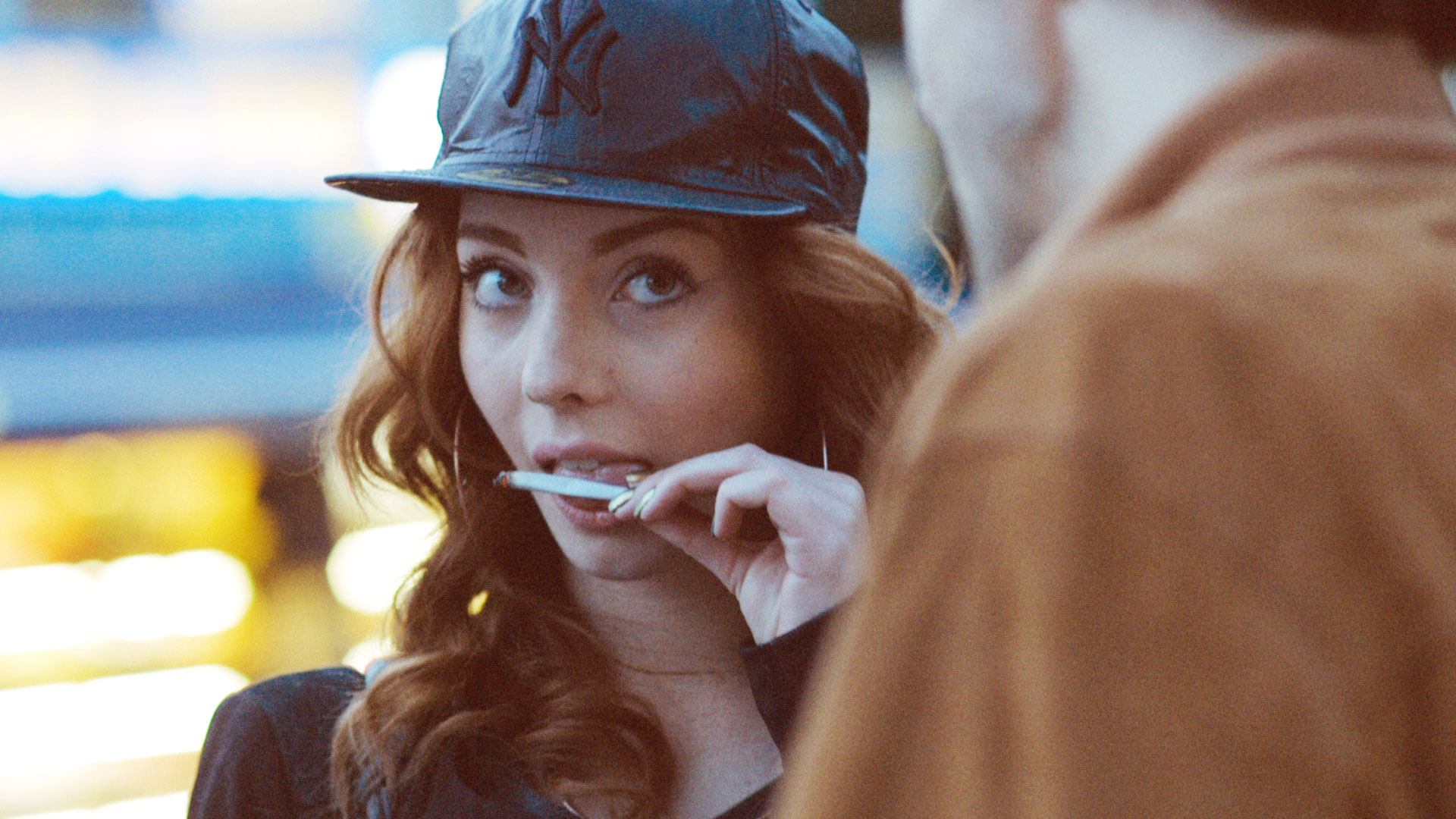 When it comes to storytelling, one of the tried and tested techniques for making your audience identify and connect with your narrative, is making it somewhat relatable to their lives. And when it comes to accessible topics – they don’t come much more identifiable than romance. Unless you’re still young, desire and passion will have been something you’ve experienced and something that probably plays a huge part in your life. Hoping to capture that buzz of meeting someone special for the first time and sharing a connection, Samuel Abrahams’ OFFLINE DATING is the tale of a single man who challenged himself to find his next date without the help of the internet.

Samuels’ film is all about connections and if the synopsis (and title) of his previous short, the BAFTA nominated CONNECT, is anything to go by, this is a topic close to his heart. Somewhat of a social experiment, OFFLINE DATING isn’t just a film about that most prominent of dilemmas in the lives of the majority of unattached individuals – how to make a connection with a potential life partner – it’s also a film about the ever-changing ways in which we connect with the people around us. Although the film focuses specifically on dating, the general theme of the short is one that surrounds how the internet has changed the ways we communicate with other people and it’s a timely reminder of the importance of face-to-face interaction. In an age where the prominence of mobile devices means we’re “online” and able to communicate with others whenever we choose, Abrahams’ film aligns with an ever-increasing view that this readily available connection is only making us more disconnected to the physical world. With my working life centred around the internet (I teach online journalism along with writing for Short of the Week & Directors Notes) it might seem somewhat detrimental for me to agree with this perspective – but it’s something I’ve given great consideration in recent times and it’s hard to really disagree with this analysis. Those seeking face-to-face connections can of course still find it, but it’s hard to deny that the availability of the internet is changing how we interact – and as a father, that’s something that I have to admit concerns me slightly.

As someone who has been in a relationship for well over a decade, the thought of single-life and the realities of the ever-changing dating scene are worlds as alien to me as those often dreamt up in the minds of the best science-fiction writers. Despite the idea of bachelorhood being an altogether foreign one in my present life, the one thing you never forget, however long you’ve been in a relationship, is that magical moment of meeting someone for a first time. We’ve all got (or will have) that story of how we met our significant other for the first time (although sometimes it’s a little fuzzy due to alcohol consumption!) and the story of how a couple met, must be one of the most asked questions at dinner-parties and social gatherings all across the world. Tapping into that memorable moment most of us will experience at least once in our lifetime – when hearts begin to flutter, temperatures raise and you feel that incomparable chemistry with someone – OFFLINE DATING’s somewhat wandering storytelling approach has that truly magical transportive power to make you either drift away and recall meetings of the past or envision future romantic connections and it’s really this meditative quality that truly makes Abrahams’ film such a special watch.

When discussing OFFLINE DATING with the team here at Short of the Week, the cynic in me brought up the question of how “real” a film like this truly is – but as a fellow team member so perfectly stated…does it really matter? If it (or some parts of it) were staged, then does that dilute the message of the film? In a way, if this was a staged-drama, then we would be saluting the director for the natural and engaging delivery of the piece and delighting in the success of its utterly-convincing “mockumentary” style. But it isn’t a work of fiction – it’s a well-observed, unobtrusive documentary that just needs to be enjoyed for exactly what it is – a heart-warming film we should all be able to relate to.

Find out more about OFFLINE DATING, its director Samuel Abrahams and what he’s working on next in our interview with the filmmaker.