Having pretty much hijacked my post on Samuel Abrahams’ excellent short documentary OFFLINE DATING to wax lyrical on my own personal views on the ever-changing landscape of communication and connections, I thought it was only fair to give the director some space on Short of the Week to talk about the themes and filmmaking on show in his hugely engaging film. If you’ve watched the film, like me you’ll probably be filled with questions about how this social experiment came to be, with all the questions you’d potentially want answering floating through our minds, we quizzed the BAFTA nominated writer/director on his inspiration, shooting style and lessons learned:

OFFLINE DATING is one of those concepts that seems so simple and so relevant, it’s hard to believe it hasn’t been done before, how did the premise for the film originate?

Recently, I noticed that so many of my single mates had become hooked on swiping left or right, on apps like Tinder, Happn, and Bumble. These apps have become the default way to meet people – but where does that leave the good old fashioned way? Have we lost our confidence, or are we just not interested anymore? I wanted to explore what could happen, in one weekend, if we invested more time and energy into meeting new people – in real life.

“In many ways I see it as an online film about offline dating”.

I’d been working on various other ideas about the differences between virtual and actual life, but this one just clicked. One evening, Tom and I were discussing him being newly single, whilst downloading Happn on his phone. We started talking about the difference between the “us” we present online and the “us” that exists in real life. That night, the idea of making a part-documentary/part-social experiment, exploring what we had been talking about, hit me. The next day I pitched the idea of OFFLINE DATING to Tom, to see if he’d be interested in collaborating. Three days later we were filming, and now four weeks later, the film is finished. Part of the idea was to get back to my documentary roots, pick up the camera and shoot the film myself. I hadn’t shot something myself for five or six years, so I wanted to challenge myself with this project.

The intention of this film was to launch initially online, which we did 2 days ago. In many ways I see it as an online film about offline dating. But I’d love to screen the film at a few festivals later in the year.

“With this project I wanted to make something much more immediate and instinctive.”

For such an “off-the-cuff” type of shoot, the film has a surprisingly polished aesthetic – what was your approach to the filming of the piece and what can you tell us about the equipment used?

I hired a Black Magic, a set of prime lenses and a camera rig to shoulder mount the thing…which took some getting used to – I’m used to shooting obs docs with big heavy tv camera’s, but the black magic is a tiny strange looking little box, that you have to bulk up in order to use it like a proper camera. Having focused more on drama/commercials for the past five years, I’ve become much more used to crafting each shot. My other shorts, CONNECT and HOLD ON ME, were heavily designed, with each shot, and the action taking place, being deliberately composed and choreographed. It’s often the same with commercials, where you have such a short amount of time to tell a story, each frame counts, so you prep every single detail. I love working like this. But with this project I wanted to make something much more immediate and instinctive. To use the craft and discipline I’ve learnt but in a more visceral and immersive way. Taking on the job of shooting, whilst directing was a lot of fun. My intention was to give the film a lot of energy, I wanted the camera to always be moving, pulling in and out of focus, which is a really tough thing to do when shooting observational material as you don’t want to miss that key moment, because you were looking at the wrong thing. The key, and this is something the first director I worked with taught me, you have to listen. It’s all about listening to what is happening, what they are saying, what they are not saying, and then quickly react and predict where the story is going, so you know how to cover the scene. 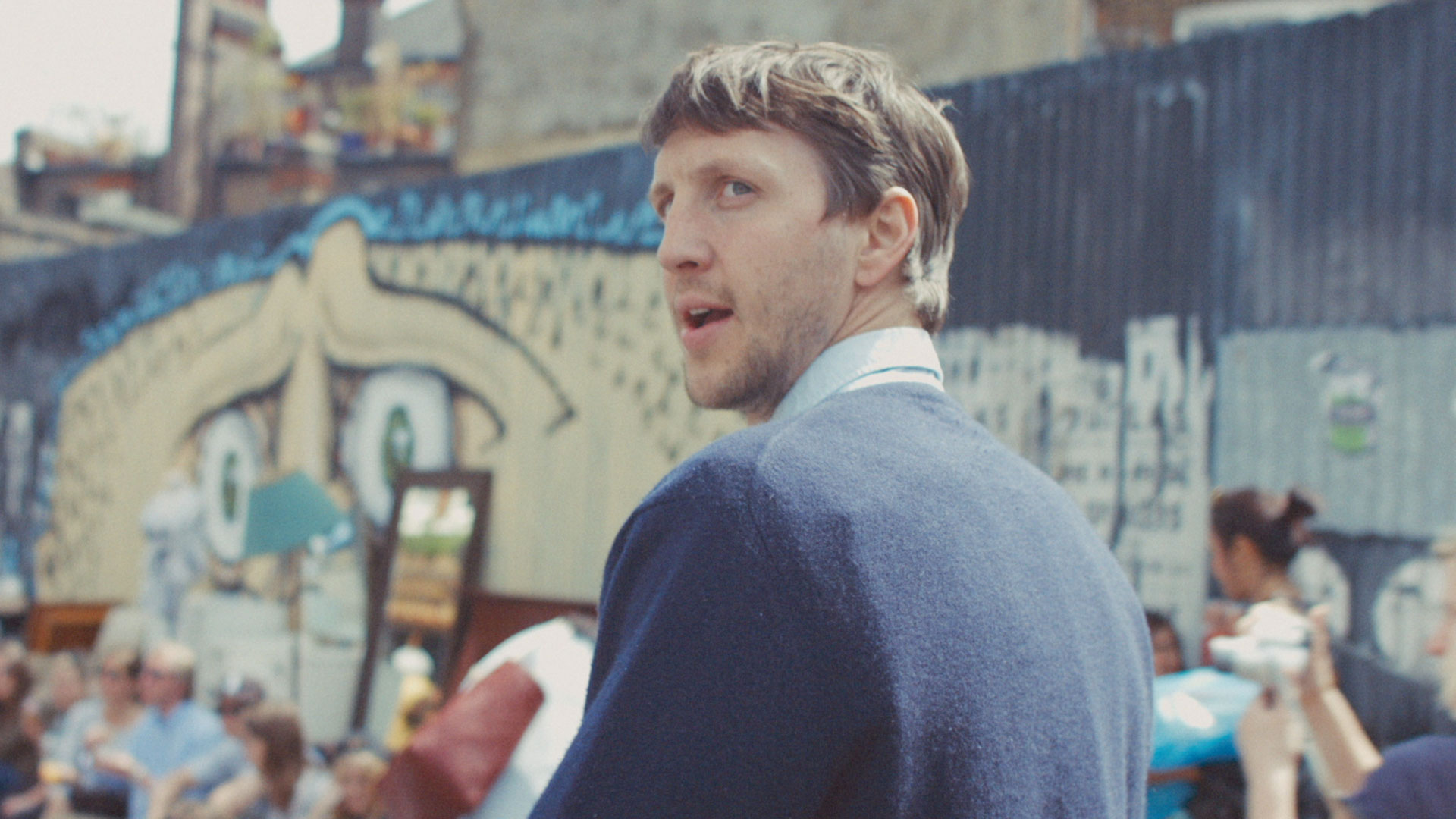 For the first day shooting it was just Tom and myself, which was tough. For the second day, I had two assistants helping out on sound with a boom mic and release forms etc. Keeping the crew to an absolute minimum was key in being able to move quickly and capture more authentic and intimate interactions.

The edit was a big part of the job. I worked with Chris McKay (at Cut & Run) who cut both my other shorts and has cut lots of my commercials. We locked ourselves in his suite for two and a half weeks. Chris, who is incredibly patient, did a fantastic job of whittling down our 6 hours of rushes to a tight 6 minutes. It’s in the edit where Chris and I really found the most suitable arc for the narrative. There was a lot of exploration.

“It’s romantic and has a very positive message and so I wanted the camera, and the way in which it sees the world to reflect this”.

Even though it must have been completely apparent your were making a film, OFFLINE DATING has a very natural and unobtrusive feel to it – with such a personal theme to the film, how did you attempt to stay inconspicuous whilst filming and was this something you felt was important for the film to be a success?

The approach was almost the opposite of a hidden camera shoot. You couldn’t miss me! I wanted it to have authenticity, but not the secret filming kind, which to me would have been more creepy. What interests me more is having the camera immersed in the situation. The reality is, it’s a social experiment of some kind, I’m here filming my friend trying to find a date. I didn’t want to hide from that. The reaction from people was of course varied, but by being honest about what we’re doing straight away, meant that people very quickly lose themselves in the whole experience. Tom and I didn’t give people a chance to over think it. With the right approach, within 2 minutes I could have the camera right up in their face and as long as they were engaged in the experience/with Tom, and what we were trying to do, then they were very comfortable and would open up.

Having a heightened filmic reality to the film was key for me. It’s romantic and has a very positive message and so I wanted the camera, and the way in which it sees the world to reflect this. 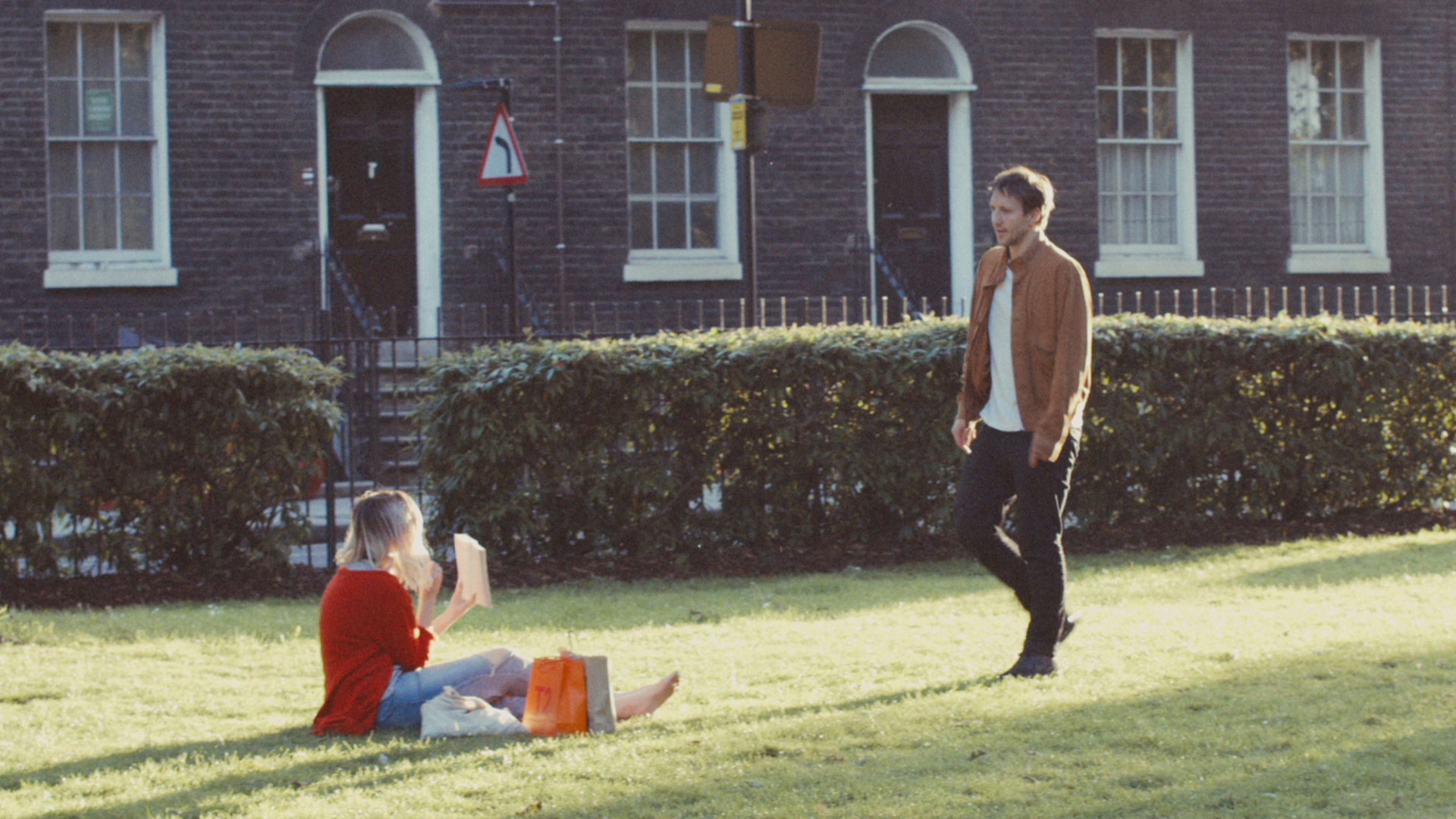 I think this is a film that everyone who watches will be able to relate to and take something from – but I was wondering what you took from the experience – both as a filmmaker and as a member of society (not that those two things are separate!)?

What I learnt is that there are so many people out there who feel exactly the same way about wanting less of a virtual life and more of a real life.

One of the most rewarding aspects of making this film was to be reminded that, if you put yourself out there and invest time and energy in meeting new people in real life, you’ll be amazed at the positive reaction you get. As a result of approaching strangers all weekend, we met so many kind, funny, open and generous people, who just like us, were all looking to enjoy the spontaneity of a real encounter, and possibly make a new connection.

More importantly though, how did Tom find the experience? Did he manage to make any meaningful connections and get any further dates?

Ha – well, let’s just say, unfortunately Tom didn’t find the one, but this was just one weekend! He loved meeting all those new people and I believe is in touch with a few of them (ironically probably on social media). I don’t know. He is still looking for love, and is very much out there. Yesterday he told me that he cycled past a girl on a bike going in the other direction, she really caught his eye, and instead of doing nothing about it and having to deal with that annoying ‘what if?’ that lingers, he cycled after her, struck up conversation at the traffic lights, asked her out for a coffee. Think they’ve been on a date now too. So I think the experience of filming this was great for him because he dealt with so much rejection that he soon became numb to it, and then built confidence from this.

I am developing another short film that I’m really excited about. It’s about the power dynamics between a couple, but with a Sci-fi twist. The script is in a really great place and I have two great actors lined up for it. Hopefully we’ll be shooting soon. And I’m developing a few feature ideas that explore similar ideas and themes to OFFLINE DATING.

You can keep updated with Samuel’s work on his website, show OFFLINE DATING some Facebook love or welcome the director to the world of Twitter (he’s just recently joined). Alternatively, if you’d like a more personal interaction with Samuel, you can find him on Tinder, Happn or Bumble.