Told entirely through close details of hands and objects, Cutaway portrays a phase in the life of a single young man as he works as a labourer, pursues relationships with women, and comes to terms with a life changing event.
READ REVIEW
Next Previous 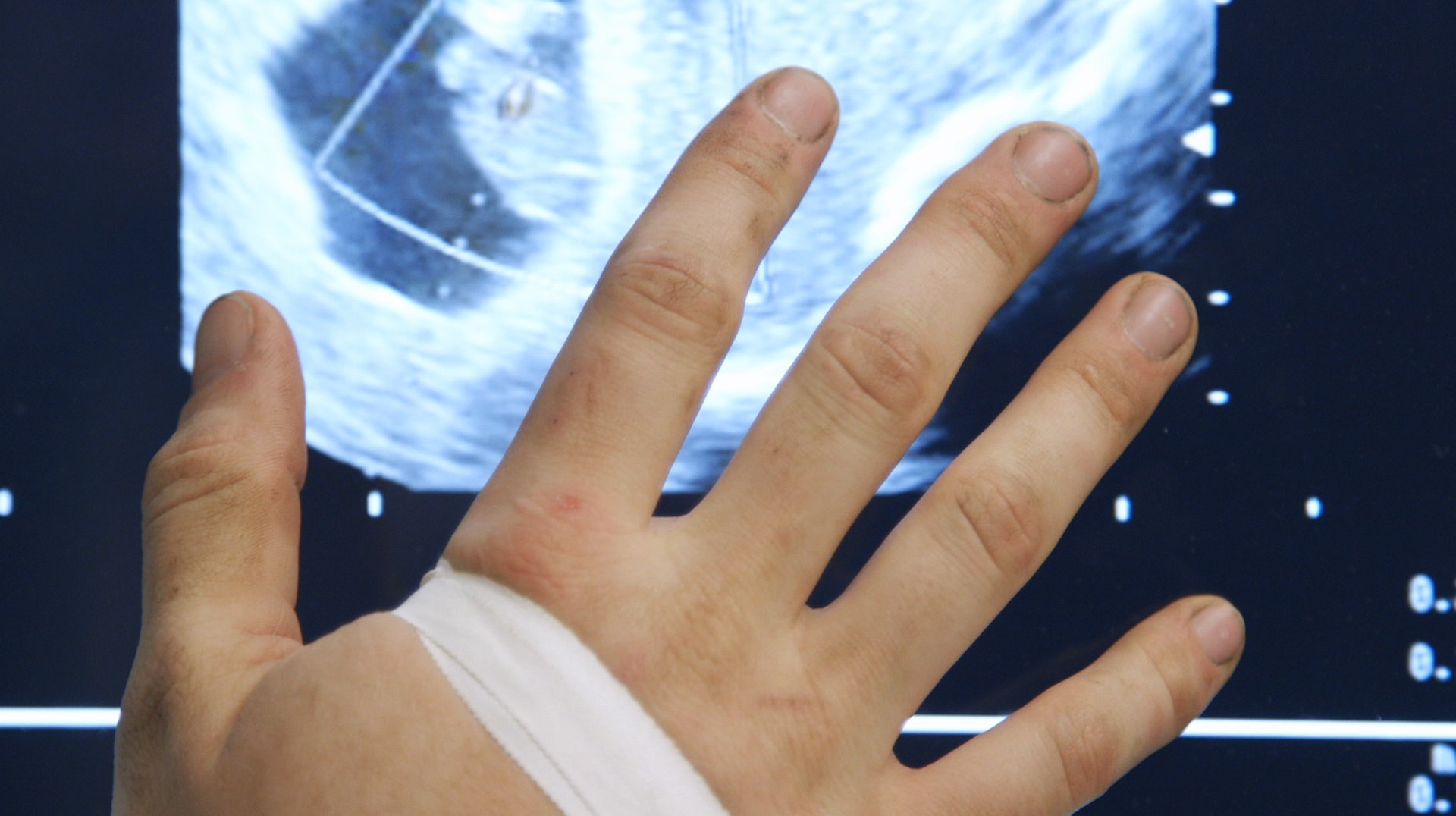 Sometimes a gimmick is more than a gimmick, and transcends its novelty to become something profound. It is rare, but finding a great short film among the millions out there is rare period (unless you watch SotW exclusively of course). Like God View or This is It, today’s short is predicated on a gimmick, but the technique actually enhances the storytelling.

The film is Cutaway, a short from Kazik Radwanski. Considered a rising star in the Canadian film scene, Radwanski has a a well-received feature on his resume already, the Locarno premiering Tower, and just played TIFF last month with his latest feature, How Heavy is My Hammer.  Cutaway is sandwiched between those two works, a poignant short dedicated to his recently deceased father, and tells a simple, but deep story of a man dealing with the messiness of life.

The film is without spoken dialogue, and absent even the expressive potential of faces it would appear near impossible to forge audience empathy with our main character. Radwanski achieves that objective though. Working hard, doing his best to provide emotional support to a pregnant woman and distracting himself with poker and booze, this man that we only know through his hands takes shape in front of our eyes. So much is unknown—what his hopes are, what his heartaches have been, but the metaphor of his physical wound, and the contrast of his manual labors and his emotional crises, achieve a picture of stoic dignity and create a rich canvas for audiences to project upon. The wound itself provides the timeline, and the intimate, but static, camera shots provide a sense of detached objectivity, yet the film is surprisingly emotional because of how deeply it draws you in to the ineffable beauty and sadness of existence.