From an unusual perspective, we follow Philip around his neighbourhood in Hackney, East London. He is unstable and misses his wife and daughter very much.
READ REVIEW
Next Previous 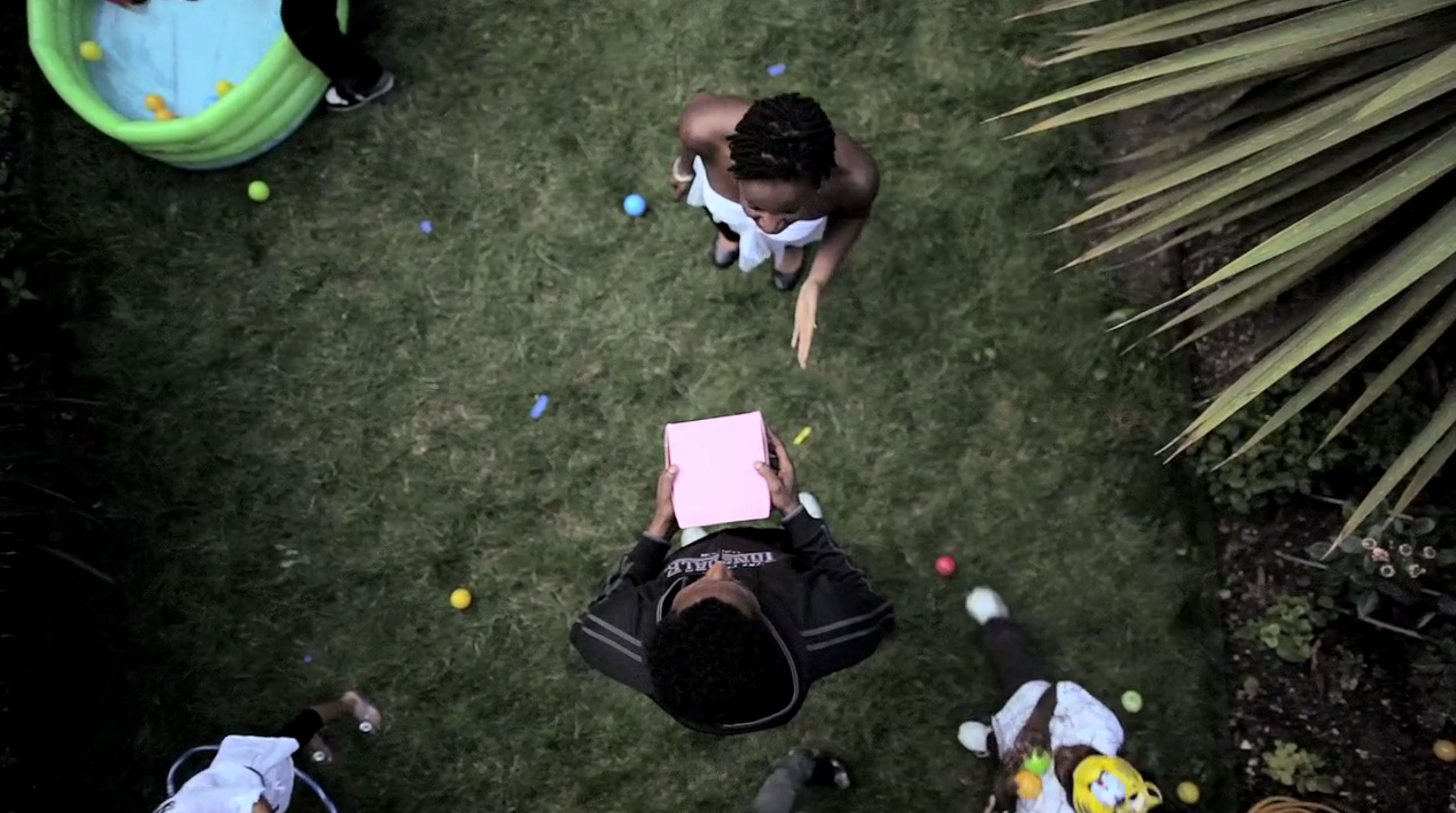 The story of a man suffering from mental illness, struggling with the absence of his wife and daughter in his life, may not sound like particularly groundbreaking-stuff, but director Billy Lumby delivers his story with such an inventive filmmaking approach, God View is bound to be one of the most-memorable short films you’ll experience this year.

Following lead character Philip around the streets of Hackney, East London as he wrestles his disorder, this experimental drama is shot entirely from above using a specially designed bodyrig, giving its audience a new perspective on a much-covered topic.

Eager to discover why he had opted to shoot his film from its unusual viewpoint and what he felt it adds to the film that wouldn’t be there if he had shot from more traditional angles, I spoke to the director about his filmmaking approach with God View. “It just struck me as a new way to tell a story”, says Lumby, “You have top shots in movies but never ones that move and are locked to the protagonist. It was a way to show somebody’s actions without showing their face. I wanted to build suspense by not properly showing how the character is feeling. Hopefully this disconnection makes the ending more unexpected. The plot was inspired from a news story that happened at the time but I’d also been watching Alan Clarke’s short film Elephant which is about sectarian violence in Northern Ireland and has a pretty minimalist narrative.”

“The first prototype was me walking around Hackney Central with a handycam on the end of a 3m pole, getting weird looks from everybody”

If you were paying attention, you will have probably noticed that Lumby teasingly gives us a sneak peak of the rig used to shoot God View, when Philip goes to retrieve his “present” from the boot of his car. Those of you reading this with a background in filmmaking or a passion for cinematography will probably be bubbling-over with questions about how the director and his team achieved the distinct photography and not wanting to disappoint – how could we not grill Lumby on his camera set-up – “The first prototype was me walking around Hackney Central with a handycam on the end of a 3m pole, getting weird looks from everybody. After that I did lens/distance tests on a mockup rig with DOP Brett Turnbull, and then experimental filmmaker and legendary rig specialist Tony Hill came on-board to design and build the final version. It was a bodyrig that actor Cornell John wore and, once all the remote control camera equipment was on it, it became massively heavy so it was actually very fortunate I picked such a fit, muscular actor. For other reasons, like shadows, it was a very technical shoot followed by a long, gruelling post-production process of rig-removal and cleanup.”

God View is a short I’ve wanted to see for sometime (especially after MarBelle at Directors Notes had raved about it after seeing it at Rushes Short Film Festival) and it certainly doesn’t disappoint. Its unique aesthetic never feels gimmicky or unnecessary and instead always feels like the perfect way for Lumby to tell his story and it’s hard to believe that a story where you hardly ever see actors faces could be this powerful – but it really is an impact film that resonates long after its dramatic conclusion.

Made in 2011, God View has embarked on a world-wide tour of film festivals since completion and has screened on television in France, Spain, Switzerland and across Africa. With the film now released online, the director is already looking to release his next project over the internet and this time, we shouldn’t have to wait so long to see it – “I’ve just finished making a short for Dazed called SAMUEL-613, set in London’s Hasidic Jewish community”, Lumby says, “fingers crossed you might see it on SOTW in the future!”

You can keep up-to-date with everything Billy does on his website billy.fm – or as always – keep an eye on Short of the Week to see if his next project makes it onto our site.