A traveler in Washington DC gets a mysterious gift: a laptop that grants all his wishes. How will he wield his unexpected powers?
READ REVIEW
Next Previous 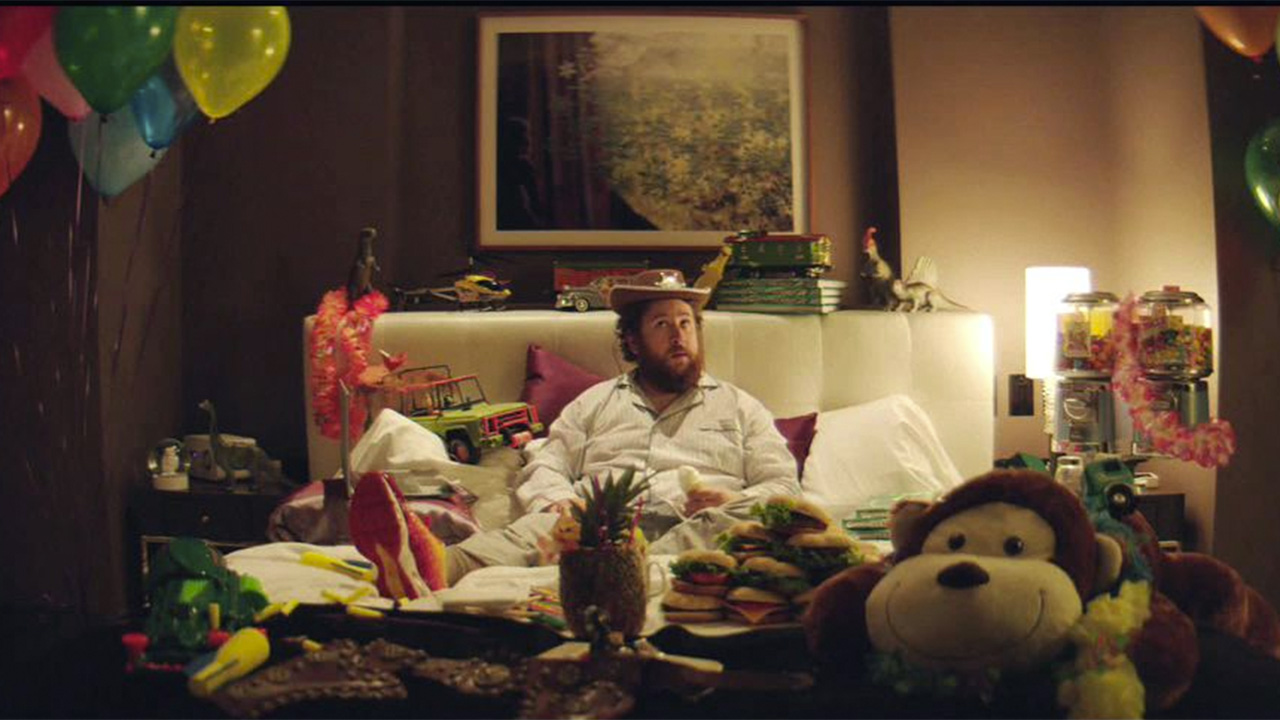 Created as a part of the Four Stories competition held by Intel and W Hotels, Eugene is the darkly comedic tale of a man granted the power to make wishes come true when he mysteriously receives a laptop delivered to his hotel room [think you can see where the brands fit in?]. With the aim of the competition to support rising visionaries in filmmaking and showcase their work to a global audience, the short is directed by upcoming director Spencer Susser and penned by young writer Adam Blampied.

“The script had a surrealism and intensity that stood out amongst the others. I found it appealing that the story was adventurous and the conclusion can’t be predicted.” — Roman Coppola

Whilst wishes aren’t exactly a new topic for the world of storytelling, Blampied’s script injects the narrative with enough originality and enough dark humour to make it feel like a fresh venture down an already well-trodden path. Updating the genie-in-a-bottle plot-line by transforming its wish-granter into a much more contemporary container – a laptop [I bet Intel just loved this idea!] – Eugene plays the anything-is-possible card closely to its chest by granting this power to its shy and awkward protagonist. Much like Daniel Reisinger’s comedic short Status Update – A Facebook Fairytale, which also sees this well-established narrative modernised, the granting of this limitless power doesn’t exactly work out well for its unsuspecting recipient, as his reserved approach to life doesn’t exactly see he making the most of the magical laptop’s potential. If the name Spencer Susser sounds familiar to you – it should! Director of apocalyptic short film I Love Sarah Jane, filmmaker Susser has gone on to make the critically acclaimed feature Hesher and is also the only American member of Blue Tongue Films – an Australian production company that also lists Nash Edgerton and David Michôd as members. Whilst Eugene doesn’t possess the same impact as his previous short film, it’s still an assured piece of directing from Susser – sure he had the backing of two pretty powerful companies, but he’s a director we’re dying to see more from and if that means branded content…then so be it.
Vimeo
LIKE TWEET