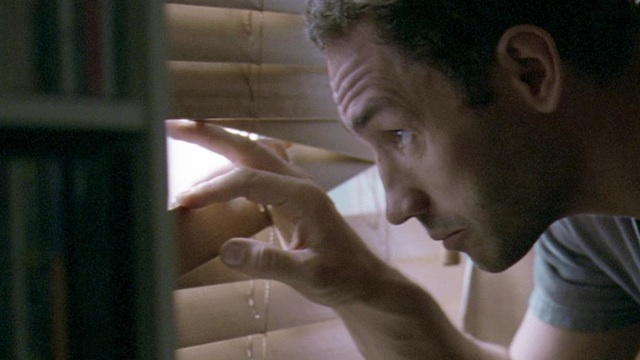 Considering the level of talent at Blue Tongue Films—the coalition of Aussie filmmakers  behind numerous acclaimed shorts (I Love Sarah Jane, Netherland Dwarf, and Crossbow just to name a few) it’s certainly not a shock that their most recent online release is worthy of recommendation. Bear is a direct sequel to Nash Edgerton’s shock-joke film, Spider, and, like all good follow ups, it takes the formula of the original and ups the ante for our personal, cringe-inducing pleasure. The template remains the same—good natured Jack sees his well-intentioned plan devolve quickly into an ironic, darkly comedic spiral of bad decisions and even worse luck.

From a critical standpoint, the film is a bit on the slight side, and considering the expectations set by its predecessor, the plot is definitely predictable. But, I’d argue that Edgerton isn’t trying to surprise you—he already pulled off that magic trick once with Spider. Instead, he’s reveling a bit in a sort of misanthropic playground. Our protagonist is a cartoon character of sorts—the Wile E. Coyote of cinematic schadenfreude. He’s always getting himself, and his loved ones, into the darndest, deadliest situations. And, all the while, we can’t help but laugh at his misfortune. Edgerton is clearly having fun.

The film looks gorgeous—it was shot in 35mm and you can tell. Like the director’s previous efforts, the camerawork has a lovely handheld aesthetic, fluid and organic without ever resorting to nausea-inducing, Bourne Identity style shaky cam. The same can be said for the stunt work and visual effects, which are equally well done. With my layman’s eye, I was unable to tell what was “real” from what was visual trickery—not surprising considering Edgerton’s history as a stuntman.

Is Bear revolutionary? No, not really—as a follow-up to Spider, it’s essentially playing the same note. But, hey, for Edgerton at least, that note sounds damn good.