A mysterious box brings misfortune to all who touch it in this film from the Parallel Lines series—a collaboration between Ridley Scott and Philips.
READ REVIEW
Next Previous 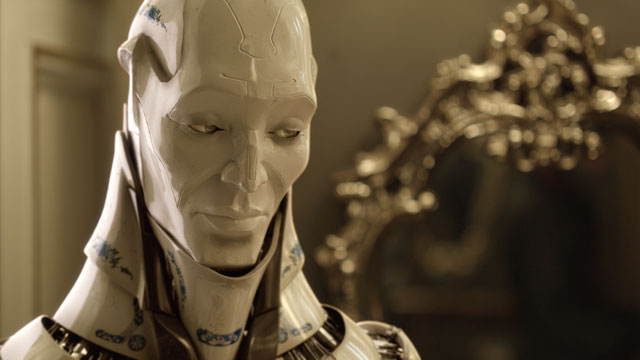 Philips has been a good friend to online short film. Carousel became a surprise hit last year, and before that they perfected the auteur/commercial crossover along with Wong Kar Wai in There Is Only One Sun.

Parallel Lines is their newest short film marketing ploy. Engaging Ridley Scott Associates—the famed director’s commercial production company—they commissioned 5 of their in-house directors to make shorts of their own devising. The catch? Base each film off of the same lines of dialogue. From there the directors went off in startlingly different directions.

This project doesn’t repeat the success of the aforementioned films—3 of the films are fairly dreadful in my book, but with each clocking in under 5 minutes the opportunity cost is low. If you want to see one only, make it The Gift, pictured above, which is a really purdy sci-fi tale by Ridley Scott protegé Carl Erik Rinsch. Rinsch has been tabbed to direct the upcoming studio feature 47 Ronin (please don’t 300 it ~_~), and in the 18 hours since I first posted this, The Gift has been getting a lot of Panic Attack-style buzz. Johnny Hardstaff’s Dark Room is also entertaining though distractingly ludicrous in almost every aspect.