There is Only One Sun

Gorgeously garish lighting accentuates this sci-fi piece by renowned auteur Wong Kar Wai. Agent 006 is undercover to catch the mysterious, charismatic "Light", but wrestles with her own feelings in doing so.
READ REVIEW
Next Previous

There is Only One Sun 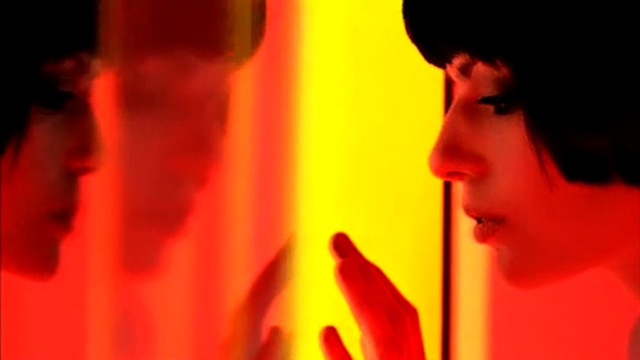 As we have proven with many of the recommendations on this site, being famous is no prerequisite to making a fine short film. Indeed since there are few proven paths to monetization, short film is usually either a playground for the experimental, or a proving ground for the up and coming. So it is surely noteworthy when a global cinema titan decides to hook up with a major multinational corporation for an online short film project.

There is Only One Sun, is the fruit of such a union. Wong Kar Wai, the premier arthouse writer/director of Hong Kong, decided in 2007 to team up with Phillips to do an online film promoting the electronic giant’s Aurea Ambilight Televisions. The result manages to admirably traverse that tricky ground between art and commerce, being a worthy addition to the director’s oeuvre while simultaneously an effective commercial. We as audiences are simply treated to an online film of an impressive artistic and technical caliber.

Set in a garishly lighted, yet otherwise ambiguous future; (better to show off Phillips “ambilight” technology), the film focuses on “006”, a beautiful female agent of “Central Authority: Human Sanitation Division”. She is put on the case of a notorious figure known as “Light”, for whom she must pose as a blind person in order to gain his trust. The charismatic Light has a deep affect on the agent, and tension is derived from that classic spy trope—has 006 gone too deep?

Wong Kar Wai works well with the limitations of the medium while staying within the boundaries of his well-traversed tropes. If ever the auteur theory applied to a filmmaker it is Wong, as each of his films simultaneously draws from, and enriches those which came before. There is Only One Sun is no different, as it treads the familiar territories of love, trust, memory and disconnect that we have seen in films such as 2046 and Ashes of Time.

The opening of the film recalls the languorous pace of his most recent outings like 2046, as does the futuristic and stylized art direction, but things pick up soon via narration. Wong Kar Wai is famous as a director of emotion and affect, dispensing with narrative thrust in favor of exquisite moods and moments and this short is no different. The scene on the bed when 006 crushes her tracking device is lovely and powerful, as are her moments with the TV. But a short film reduces Wong’s canvas by which such moments unfold, causing for some clunky expository moments throughout. Still, though reasonably straightforward, the presentation of time is still charmingly dyslexic.

As I watched the short it occurred to me that a spy is the perfect Wong Kar Wai protagonist. Every new relationship is undone from the start by the lie that engendered it, isolating the character in the same rootless way all of Wong’s characters seem to suffer. 006 is the same, but memory for her is more a salvation than for others. Whereas in a film like Ashes of Time, the characters drank magic wine to forget their memories of lost love, and in 2046 memory is the cause of restless, constant dissatisfaction—something to be wished away—in this film the Agency tries to take 006’s memories away but are not successful. Central is a totalitarian place, and the fact that we know her solely as “006” simply highlights how much of this character’s humanity has been stripped in the process of making her a tool. There is a sad nostalgia for her interactions with Light, and though there is a regret for “something she shouldn’t have seen”, her memory she celebrates as a sign of her life and of past growth, an emblem that is hers which she can take into the future. She DID connect with Light. And thus she can have hope.

This film hit online back in October, but with the director’s English language debut My Blueberry Nights just now hitting American theaters it seemed like a good time to revisit it. Check it out Phillips website, though it sometimes does not play well (Note: no longer on Phillip’s Website). No Worries. I went and visited our good friend DeK.