Already featured twice on Short of the Week, with his BAFTA-winning short The Making of Longbird and his collaboration with Ainslie Henderson Monkey Love Experiments, animator Will Anderson returns to our site to discuss his latest short Have Heart – a humourous and relatable tale of a looping animated GIF in the midst of an existential crisis.

Your film follows an animated gif in the midst of an existential crisis, where did the idea for the film come from and how did it develop into the final story?

The film started character first, with the looping duck continuously trying and failing to fly. This was a character thrown together then compressed as a looping GIF to be put online. After that I sat looking at it stuck there and decided I’d like to delve deeper and find out more about his life online.

The film was then made chronologically, with no storyboard or animatic, feeling it out as I went along. I like the idea of not necessarily knowing whats round the corner, which is at odds with how a lot of animation is made. It’s such a construction, so having an element of spontaneity and not knowing exactly where it will move interests me. At the end of the day they are actors on screen so I feel like I need to give them a kind of freedom to do their own thing… kind of 😉

That said, I have feelings about being alive online, so telling a story about the life of a little GIF trapped on there seemed like an apt way to talk about it. There is a clamouring for attention on social media streams for a kind of approval I think. These ideas could be communicated through a brightly coloured duck.

The premise for the film is somewhat abstract, but also relatable, what do you hope an audience takes from a viewing of it?

For me, the film zooms in on a character who has real fears and worries about his work, his relationships, and ultimately what he’s there for. As his life is judged by ghosted hearts or ‘likes’, he needs to perhaps take notice and appreciate the things that are real and tangible around him. If anyone feels that sometimes I’d like them to empathise I guess… and maybe give someone a hug.

Have Heart was made in your spare time, with no budget – how did this effect the creative process and progress during production?

Yes, the Have Heart loop and first few scenes were made during the working commute between Edinburgh and Glasgow. I was spending quite a lot of time travelling so using that time productively helps. I think that being able to make the film, in terms of picture, completely on my own really helped the creative process in this instance. It’s a film that I was physically taking for a walk, feeling it out as I went along, so having no real schedule or budget meant I could take my time with it. Obviously funding is nice for creative projects, but I felt quite at peace with this one not having any.

“Sound and music plays a vital role in film, but Have Heart depends on its so intensely due to its visual sparseness”

After the picture was complete, I worked with Sound designer and mixer Keith Duncan, a long time collaborator of mine, on a huge amount of intense and articulate sound. That process took a good 3 months start to finish. The sound design then weaved into music composed by Atzi Muramatsu. In my films I tend to think I know what I’m after… but working with those two and giving them time to be creative and bring something of themselves into it was really important also.

I think this film turned out to be a real experiment between picture and sound. Obviously sound and music plays a vital role in film, but Have Heart depends on its so intensely due to its visual sparseness. 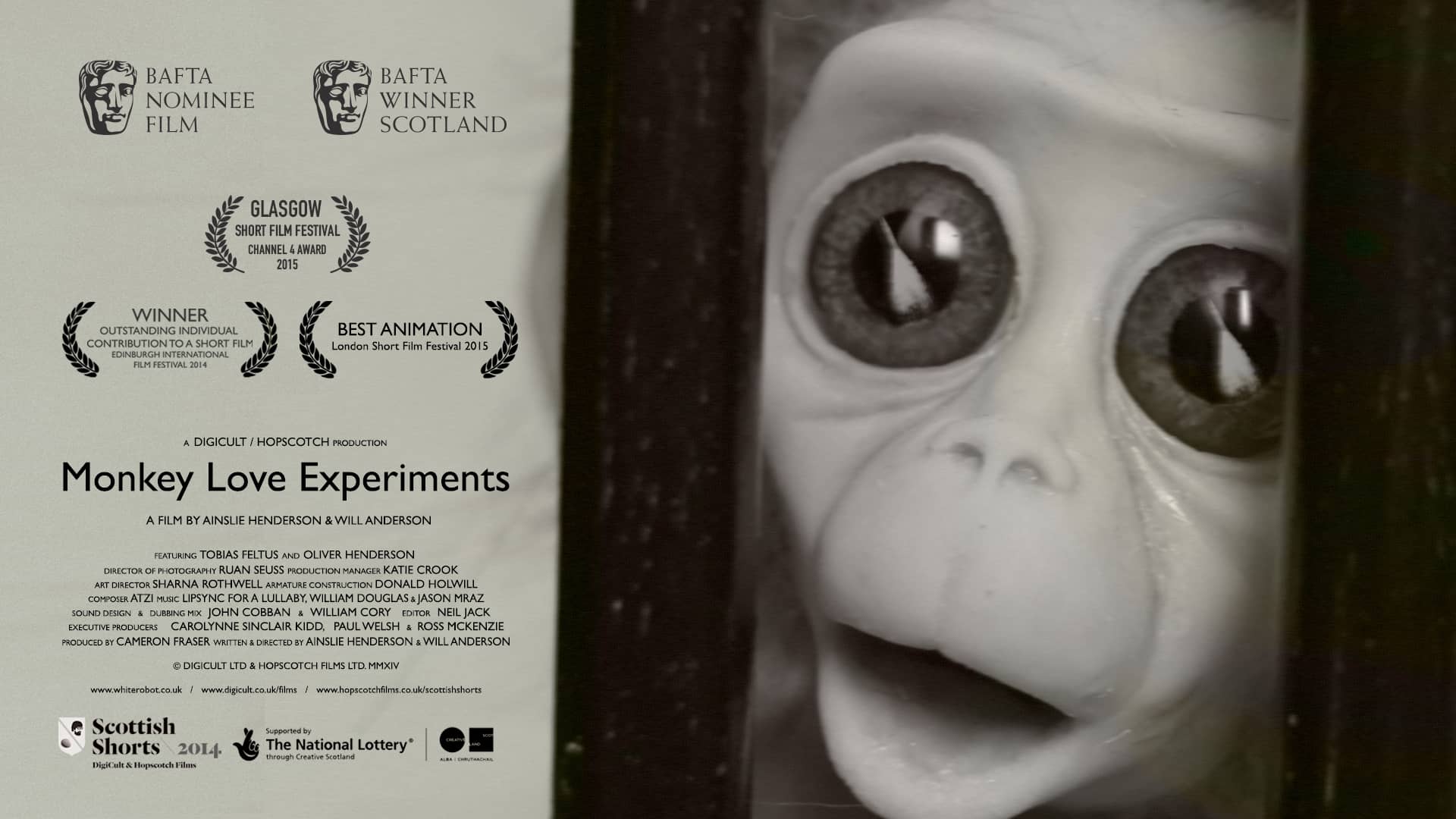 Last time we spoke to you for Short of the Week, we were discussing your film Monkey Love Experiments, which you created with your White Robot partner Ainslie Henderson. Your latest film is a solo project, how does your creative process differ when collaborating with someone else from working on your own?

Ainslie and I do work together on several projects and films, but we also work on our own too. That said we aren’t ever particularly far away from each other in terms of our ideas and often help each other through them, even in small ways. Ainslie was certainly there for me when I was lost with this film… which I most certainly was at times.

Working with someone else enables you to discuss and reason your way through creative challenges, and personally I enjoy it more that way. But working on your own gives you more control I guess. Not always a good thing, but for Have Heart I guess it was necessary in terms of it being an entirely digital film, where i’m much more in my comfort zone. I’m not in my comfort zone working on a hairy stop-motion film, but that brings out other sides of creativity I think one maybe didn’t know where there.

Have Heart has had a healthy festival run, but also feels like a film perfectly suited for online. Do you give any consideration to how an audience will view your film when creating it and do you think the different viewing experiences will alter the effectiveness of your film?

Haha we’ll see! It’s a challenging film I think. Its over 12mins, so it’ll be interesting to see how it goes online, particularly as it’s talking about, and testing what our attention spans are these days. In terms of how audiences view them when making, I guess I assumed that with this it would be for online first actually. But as the film grew it became more clear that I wanted it to be viewed more cinematically.

I think also that its a film that benefits from being trapped in a cinema watching it… online you can just close the window and ignore it. Weirdly I think it seems to work quite well in festival environment because it doesn’t look like its visually ‘for’ there. But please don’t close the window guys! Watch it through!!

Your work has seen you pick up a BAFTA, Scottish BAFTA and awards at festivals including Annecy, Edinburgh, what has this acclaim meant for work? Does winning high profile awards like that BAFTA open up new opportunities?

It’s hard to quantify exactly what it does in terms of work, but it certainly does reassure me that the things I am doing and talking about with my work are important, and that some people are enjoying them! What it doesn’t mean is that you can stop and things will just come to you… it means you should keep going.

Over the last few years I’ve been making a hybrid documentary with Ainslie Henderson and the Scottish Documentary Institute. It mixes fact and fiction when an animator is faced with his mothers mortality out of a cancer scare.

It’s an emotional, personal and strange film, which we are really excited to finish and share next year. There will certainly be themes from the shorts we’ve made in there.