Inspired by love, a misguided monkey believes he is destined for the moon
READ REVIEW
Next Previous 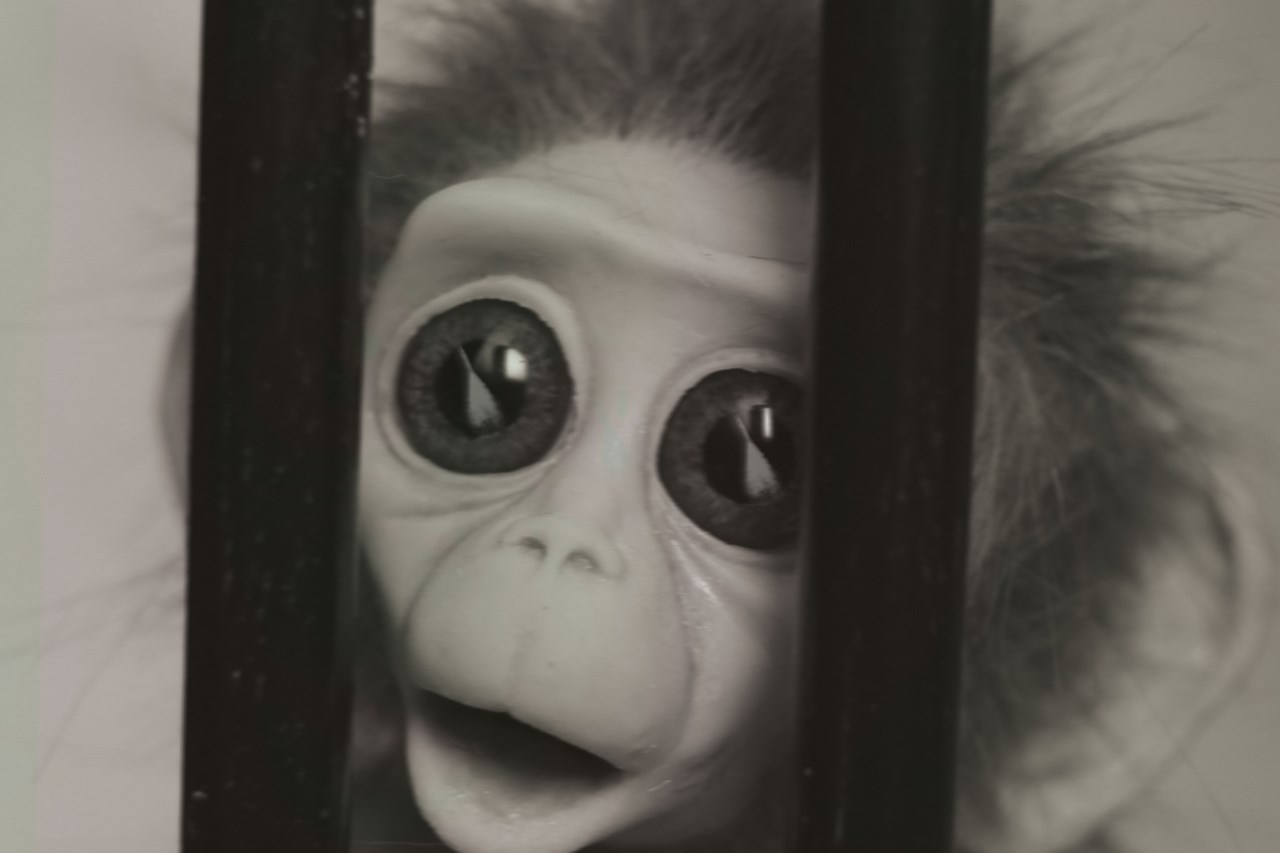 Winner of awards at the Edinburgh International and London Short film festivals and nominated for a prestigious BAFTA prize, Ainslie Henderson and Will Anderson make a welcome return to Short of the Week with Monkey Love Experiments

Inspired by the space race and Harry Harlow’s experiments with primates (also called the Monkey Love Experiments), the duo’s film combines stop-motion, live-action and 3D animation to tell the story of a captive monkey dreaming of journeying to the moon.

In putting their individual animation skills (Ainslie focused on the stop-motion aspects, while Will took on the digital tasks needed) to good use, the pair have done the unimaginable in making a film about a monkey pining for space travel feel utterly believable and real.

Discussing their film for an interview on Directors Notes back in 2014, Henderson explains the lengths they went to get their primate puppet looking as plausible as possible:

“In terms of practical challenges, getting Gandhi (our monkey) to look light, small and spritely was difficult. Sharna Rothwell did a fantastic job of making Gandhi. The only way she could give him convincing skin and fur was to coat him entirely in a skin of silicone, which meant he looked great, but was actually pretty heavy. Our poor little friend suffered a broken back during shooting and had to undergo an emergency operation”.

Whilst it’s easy to nonchalantly discuss the great job Henderson and Anderson did in making their film feel tangible, it’s also important to recognise that if they failed with this, the levels of engagement and impact in their project would have been severely diminished.

It’s truly to the pair’s credit that you actually end-up caring for Gandhi and by the end of the film you’ll want to reach into the screen, scoop the scrawny fake furball up and give him the paternal/maternal hug you believe he actually needs.