A budding animator attempts to make a mysterious character relevant in the modern world.
READ REVIEW
Next Previous 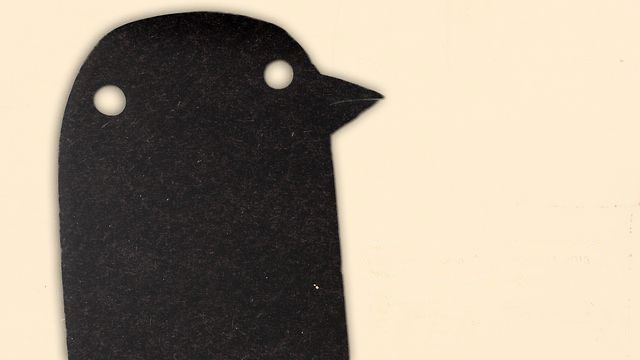 Described as an amalgamation of ‘fact’ and ‘fiction’, Will Anderson & Ainslie Henderson’s BAFTA winning short The Making of Longbird, cleverly mixes live-action and animation to present a revealing insight into a filmmaker’s mind. Playfully exploring the mockumentary format, this elaborate tale documents the attempts of a young animator as he tries to revive a “legendary” animated character. Bringing back to life the creation of trailblazing Russian filmaker Vladislav Aleksandrovich Feltov, our burgeoning filmmaker soon discovers that maybe his new long-necked friend isn’t so keen on being reinvented.

MY MASTER WAS A DIRECTOR BY THE WAY…AND YOU ARE JUST A SILLY BOY, KNOWS NOTHING.

Spawning from a nonsensical character in his sketchbook and a desire to create a ‘making of’ film, director and co-writer Anderson merged the two and soon found the early form of a film beginning to take shape. Weaving a detailed backstory for his animated protagonist and its eccentric author with writing partner Henderson, the animation duo soon found themselves developing a complex narrative featuring a comedic battle for power between an artist and his creation. With such an unusual narrative at its core, we spoke to Anderson via email to explore the origins of his film:

“I think deciding to make a ‘making of’ film was in my mind from an early stage while studying film and animation. As animation is completely constructed, it seemed very logical to deconstruct it and make a point of that being the film. It would therefore be a personal film which I could relate to. Although it perhaps looks like a documentary in some form, we wrote the fiction so that it was as believable as possible, although in reality it is completely unbelievable. That’s what I think animation is all about, making the unbelievable believable.”

The success of The Making of Longbird rested largely on the ability of its small crew to bring to life the film’s central character and inject him with the attitude that brings a large majority of the humour to the short. Expertly voiced by Vitalij Sicinava, a fellow animator with a detailed knowledge of Russian history (Sicinava was born in the former USSR), the writers were able to work with their voice actor and tap into his unique point of view to create the antagonistic traits of Longbird. Recording the dialogue with a conversational slant, Anderson pinpointed the audio as a vital element in his goal “to further blur the line of fact and fiction within the film”.

With the exploits of Longbird now released online, his director admits that this may not be the last we see of of our elongated friend – “Longbird is real now, so I like the idea of people knowing who he is, so he may pop up now and again online to express himself”.