Oscar nominations were announced this morning, and we’ve got trailers for the 5 short film nominees in each of the Animation, Live-Action and Documentary categories for you to check out.

After you brush up on the nominees, participate in our audience polls on which films you think will win. Oscar prediction ballots are a fun game to play during the ceremony, but the short film categories are usually the hardest to predict. Our crowdsourced polls have been very accurate in the past!

Having looked over the nominees below, what can we say?— Short of the Week and the Academy rarely see eye to eye. We were disappointed to see that S/W featured shorts, Cradle, Fox and the Whale, In a Heartbeat, and Lost Face failed to move from shortlist to nomination, nor did any of the 3 NyTimes Op/Docs that are currently online. Garden Party, which we featured late last year during it’s limited online engagement, is our sole rooting interest.

Big players and star power continue to assert themselves in the nominees. The starriest short of the year (though not the most deserving), is the Kobe Bryant/Glen Keane/John Williams vehicle Dear Basketball, which moves on (U.S. viewers can see it on Go90 right now). Perennial powers did well with nominations also: Pixar scores with Lou, Netflix has Heroin(e) up on the platform now, and HBO will bring Traffic Stop to their service in March. We expect that all the other films will be up for rental on iTunes and other sales platforms in the coming weeks, and will let you know when that happens. 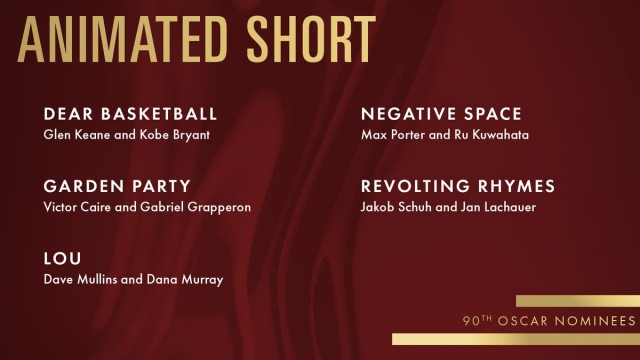 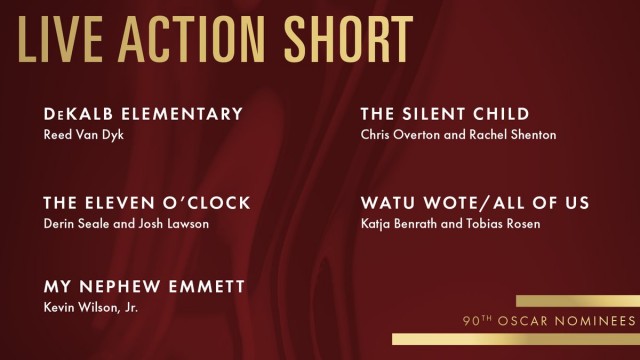 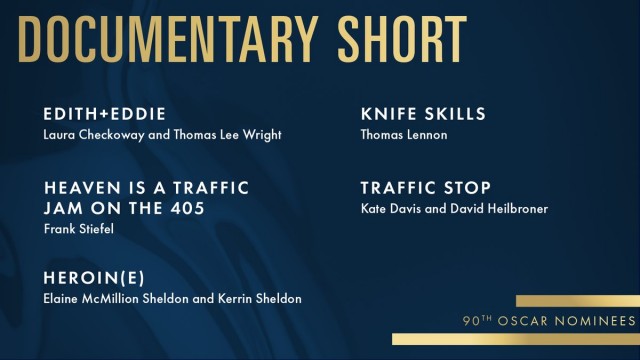