A young veteran battles phantom pains, prosthetics, and memories of his pre-war life while searching for a sense of normalcy.
READ REVIEW
Next Previous 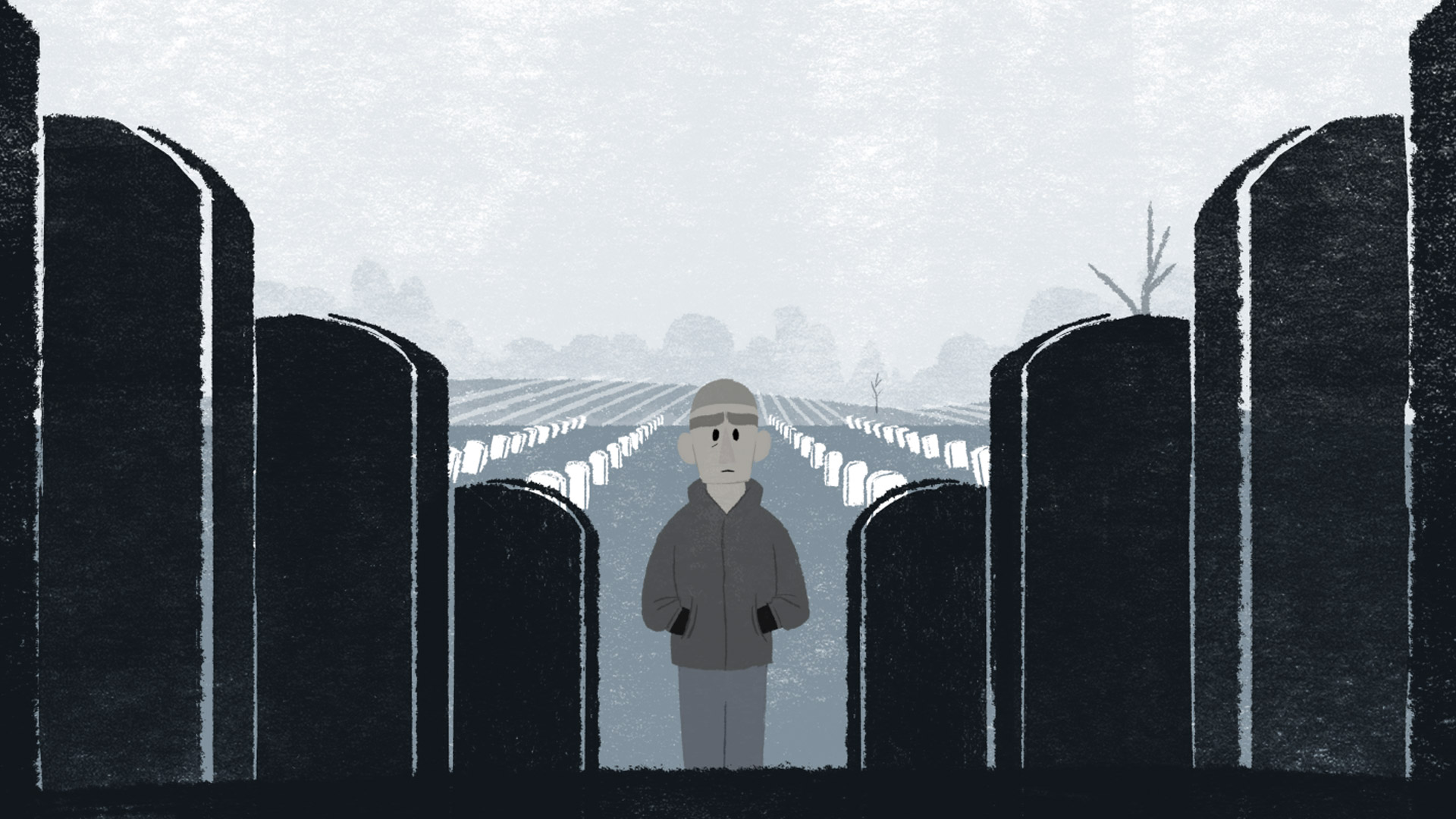 My best friend lost both his legs in 2010 while serving as a U.S. Marine combat engineer in Afghanistan. So, suffice it to say, director Devon Manney’s short film, Cradle, wrecked me. With his beautiful, sweet, and, ultimately, hopeful film about a soldier returning home after being wounded in service, I was moved to tears.

But, the power of Cradle is that you don’t need to be related to a Wounded Warrior to engage emotionally with this material. So, many of the animated shorts we feature on this very site, admittedly, aren’t the most accessible pieces. If you’ve ever been to a festival block of abstract animation, you’ll know what I’m talking about. Cradle feels like it could have very easily been been told as a live-action film—it’s a simple narrative drama about “real” people. As such, the animation just becomes the method to tell a compelling narrative. It’s a story of a good person who’s learning to adapt to his new life. There are no plot twists or some hard hitting, overly saccharine “message.” Rather, it’s a film full of honest and relatable moments that beautifully convey the wounded veteran experience upon returning home.

“I love the animated form because it can do things no other cinematic medium can.”

In communicating with Short of the Week, filmmaker Manney writes:

“In high school, I remember being really intrigued by the prospects of exploring the idea of post-9/11 America, as well as the use of phantom limb phenomena as an artistic metaphor of some sort. While nothing came of either at the time, at the beginning of my sophomore year of college, they collided, and quickly manifested themselves as Will, Rachel, and Amelia Kelly. The second those characters became clear in my mind — the second I fell in love with them — the story ceased to be about some pretentious metaphor. It just became about trying to tell THEIR story in a truthful and emotionally resonant way.”

Crafting this 14 minute film was somewhat of herculean effort. Manney started writing the project back in 2014, and spent roughly two years developing the story, characters, and aesthetic look. He also talked with double-arm amputees about their experiences. Their testimonies helped inform who the characters became on screen. Animation itself took eight months. Manney hand drew everything frame by frame in TVPaint, and then a larger team helped colorize the drawings and develop the backgrounds.

With the success of Cradle, Manney is currently developing a feature-length film set in his home state of Minnesota. We wish you the best of luck, Devon!