A referee struggles to maintain control over a 2nd grade basketball game.
READ REVIEW
Next Previous 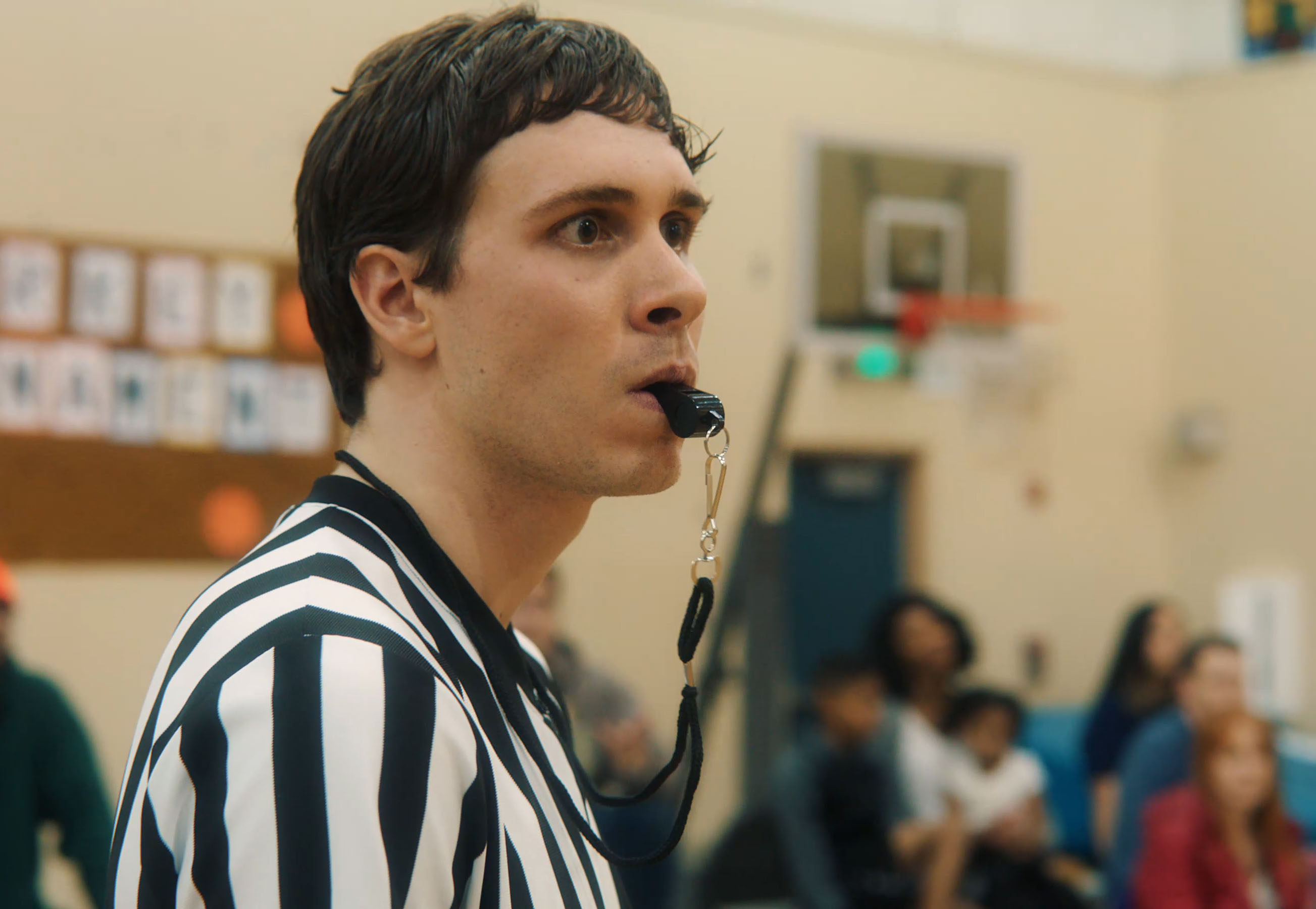 Drew is the sole referee of a second-grade basketball game. Between the rambunctious kids, the overzealous coaches, and (worst of all) the parents, the gym quickly turns into a scene of uncontrollable chaos. With this scene set, it is our great pleasure to welcome back to S/W the Edlund brothers (The New West, Mixtape Marauders), with their latest short The Ref. This new collaboration, co-written by the duo, finds them once again exploring the balance between over-the-top laughs and character-driven feels, resulting in a film that perfectly delivers in those two registers.

Ian Edlund had been prompted by his brother, Peter, to come up with a short film that would take place in a single room. According to Ian he was, “Listening to Title Fight’s “Blush” (editor: the song at the beginning) and crossing Atlantic Avenue, I saw an image of a referee slamming a ball to the ground in frustration”. This random scene is what Ian credits as the first spark of inspiration for The Ref, as he was transported back to his experiences watching his brother in youth basketball—first as a player, then as a referee—where he witnessed first-hand the sometimes abominable behavior of over-zealous parents.

With a premise set, the character-drama needed developing. Ian plays the main character of the film, Drew, a young man on the cusp of the transition to adulthood, but who is dealing with a recent tragedy. Ian shares with us that Drew was envisioned as “someone who has had to become an adult too fast and is privately dealing with personal hardships while their friends and peers start to move onto bigger and better things”. This element of late teenage, early twenties “stuckness” is a theme familiar from the creative team’s Shorts Awards-winner Mixtape Marauders, though here the filmmakers play it with a more tragic edge. Still, with the basketball game providing a comedic element, the two aspects pair well—Drew’s backstory complements the absurdist farce of the game and provides an emotional angle that gives the film depth. 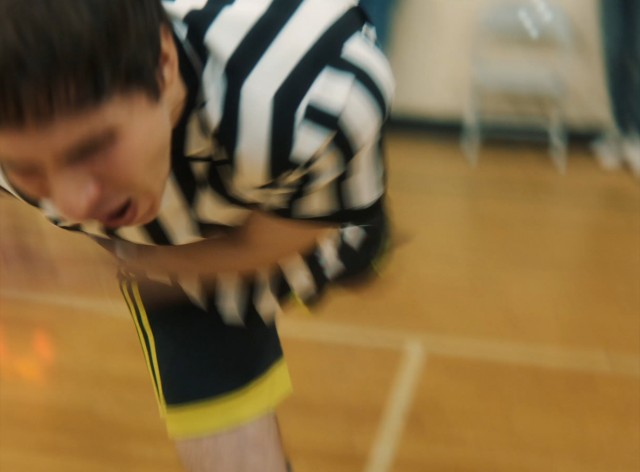 As tension builds, Drew is pushed to a boiling point

The film relies on the very delicate juggling of tones. On one hand, you have the mounting chaos that, from the comfort of our seats, we can only find funny and ridiculous. On the other hand we have Drew, in a hard moment of his life just trying to get through the game. To be at the same time emotionally compelling and funny (albeit darkly so) is a hard thing to achieve. Instead of falling into broad caricatures, the film surprisingly remains nuanced and allows us to enjoy the escalating tension while at the same time feeling for Drew and what he is going through.

Ian’s performance is quite remarkable, as most of the talking is done through his eyes. He nails the lines that contribute to the comedic facet of the film, but it’s when he does not speak and quietly reacts to what is said that he really embodies the character. Very early on, his pain is present without feeling force-fed, but slowly, as the film unfolds, he infuses more and more anger into his character, until the liberating and greatly satisfying climax.

Peter’s direction immerses the audience into the limited space of the gym and very efficiently allows us to experience the situation from Drew’s perspective. With quick cuts, rapid camera movements, and the generally chaotic atmosphere of the on-screen action, one almost feels overwhelmed and sympathy grows for Drew’s anxiety. The sound design is paramount in that achievement. While highlighting some specific moments, we feel how irritating those interactions are for Drew and how everyone keeps on getting on his nerves. It happens so organically that we only come to realize how overwhelming and effective it all was when it stops and suddenly gets quiet.

Ahead of its online debut, The Ref had its World Premiere at the 2021 edition of Short Shorts in Tokyo, quickly followed by its stateside premiere at the Palm Springs ShortFest. The team is currently developing the feature adaptation of their acclaimed short Mixtape Marauders.