A goose remembers his last migration.
READ REVIEW
Next Previous 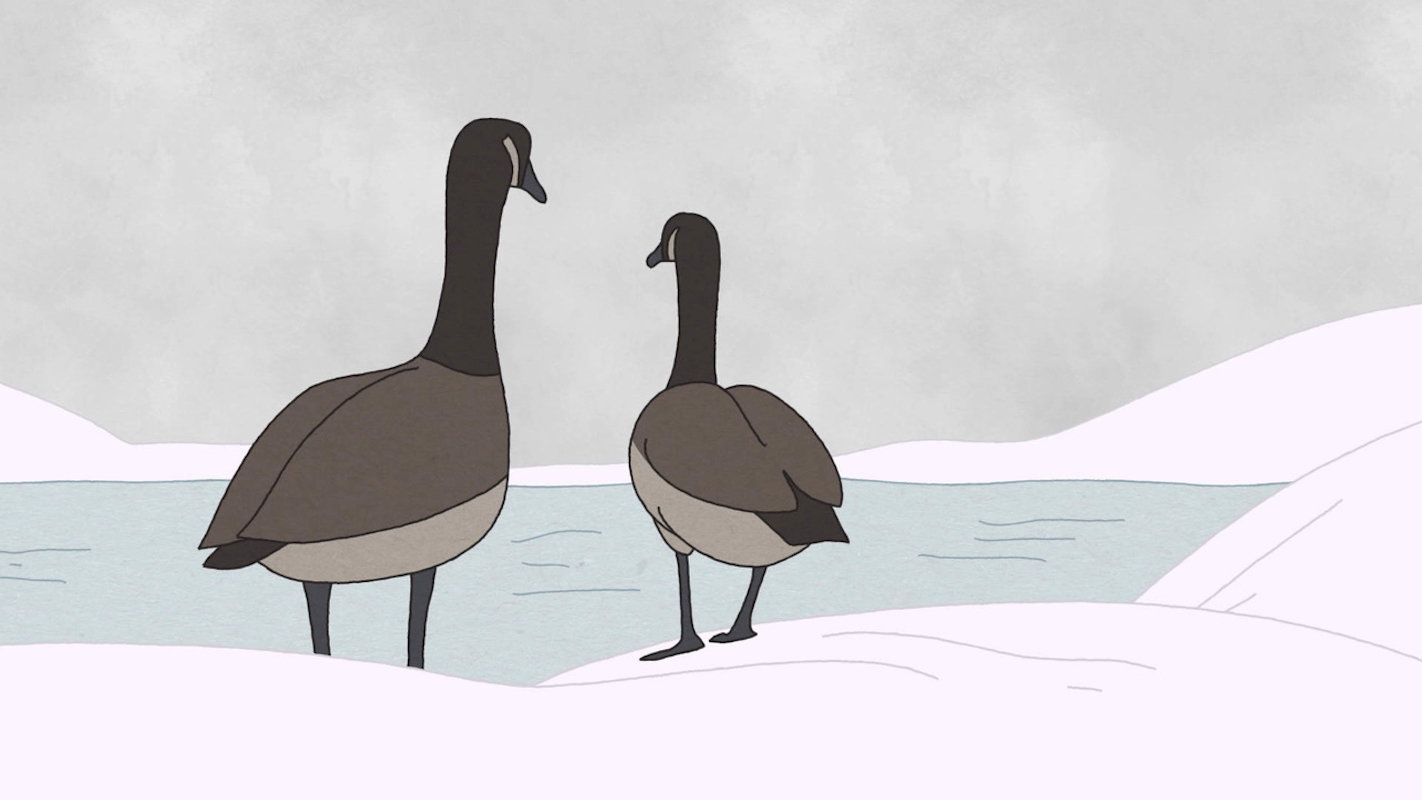 Known for their monogamous relationships and fierce protective nature the Canada Goose isn’t exactly what you’d think of as a prime contender for the lead character in a film. Then again, filmmaker Bernardo Britto isn’t known for doing the obvious. In his 2014 Sundance-winning short Yearbook we follow a man attempting to compile the definitive history of human existence, while in his 2016 collaboration with Alexa Lim Haas, Glove, he entertained us with the true story of a glove that’s been floating in space since 1965. Britto has a knack for capturing historic moments or grand ideas in concise, accessible storylines, Hudson Geese being the perfect example.

On its surface, Britto’s five-minute animation plays like a twee video diary of a goose preparing for migration. We hear of the weather problems that delay their departure and journey through flashbacks of goose first love, it’s surprisingly immersive and sweet, which makes what’s coming even more impactful. Yes, there’s a twist to this tale and though the name of the film should have given it away, like the geese at the core of the story, I just didn’t see it coming. 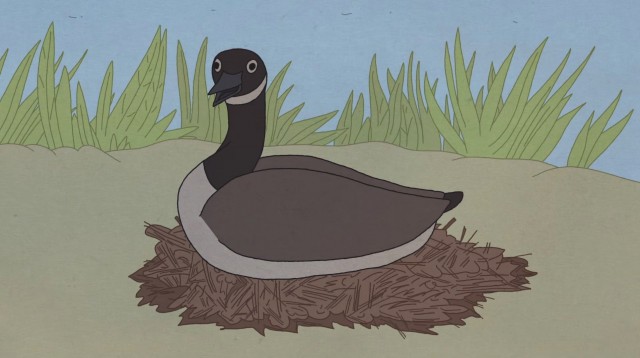 At around the halfway mark, Hudson Geese transforms from this quaint little intimate story of Goose life, to something much more expansive and existential. You have to be a confident filmmaker to make a comedy about (spoiler alert!) a famous plane crash and Britto pulls it off with some bravado, riffing on animal consciousness, the importance of NYC, humanities impact on the environment and more along the way. It’s not a laugh out loud comedy, but it’s exactly the kind of film that will stick with you long after watching and is definitely deserving of multiple viewings.

Despite its deep existential explorations, Hudson Geese is undeniably a comedy and a lot of the laughs are a product of Britto’s clever filmmaking. From a well-placed honk to an excellent caricature of a Hollywood icon, the director doesn’t miss a beat, finding the perfect balance between comedy and contemplation. The pacing has to take a lot of the credit here, as there’s a snappy back and forth to the film that means it crams so much into its short duration. All three of Britto’s films that I’ve seen come in around the five-minute mark and each one has impressed me with just how much narrative it packs into such a concise story. It feels like the average short film is getting longer every year, but Britto provides a welcome reminder of exactly what you can achieve in just 325-seconds (including credits).

Hudson Geese had an impressive festival run in 2020, playing Regard, Sundance and SXSW, before being screened as part of FXX’s Cake series.