The washing machine bites the dust: turning the humdrum life of a young couple upside down.
READ REVIEW
Next Previous 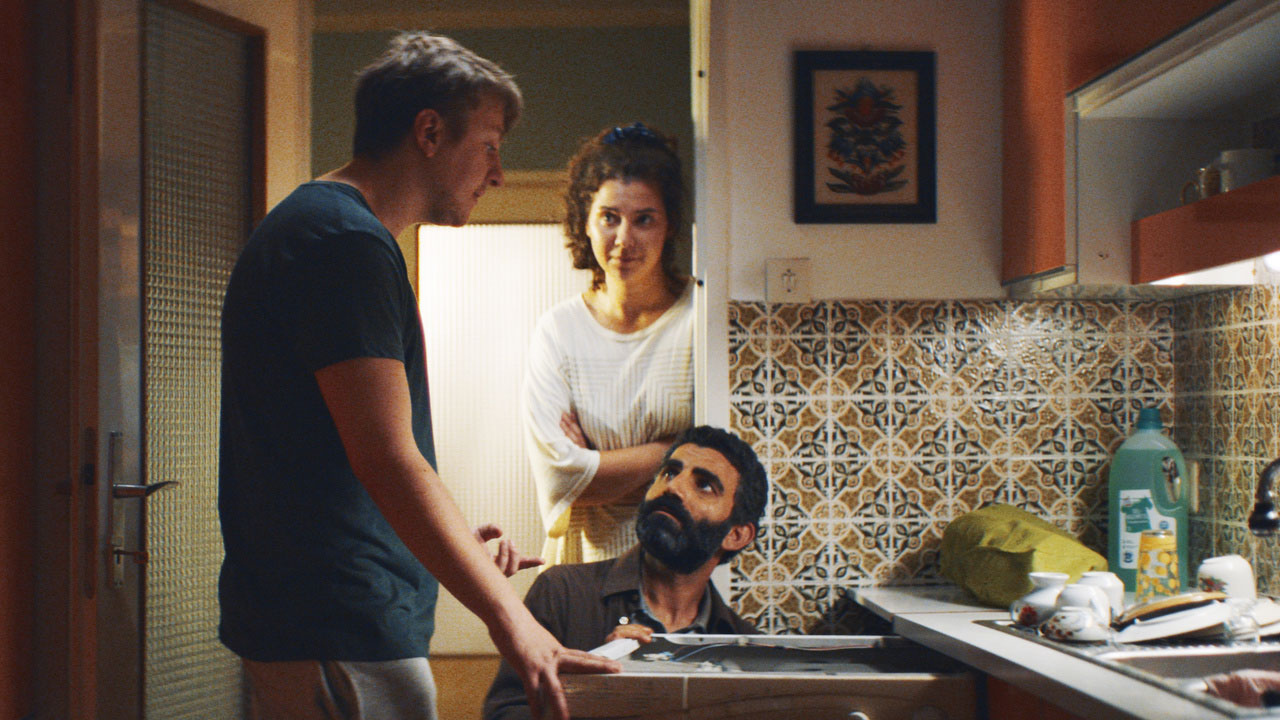 Describing Die Waschmaschine (The Washing Machine) in a pithy one-liner is a tricky endeavor. Unlike so many short films being made today, it’s gloriously low-concept, not designed to tease a feature or pitch a longer form work. On a basic level, it’s a self-contained observational drama about a couple in Vienna who just want to get rid of their broken washing machine. But things slowly escalate from there: a drip forms an entire puddle of messy and uncomfortable topics, from false pride to guilty consciences to unwitting racial bias.

Who knew getting rid of a broken appliance could be so complex?

The reason The Washing Machine works as a film is that although it addresses potentially “important” social issues, it never does so in a way that feels forced or heavy-handed. This is coupled by a dark sense of humor that keeps things light and relatable enough that we aren’t slipping into melodrama. And, despite the length, the film never feels boring or loses interest. It seems a simple thing to note, but each scene feels like a natural building point on the one before it: there’s a sense of momentum that propels the action from moment to moment despite nothing “big” happening. Too many short films don’t understand this idea of scene causality and I think it’s the primary reason why The Washing Machine never stretched my patience.

But, beyond that, the film also shows the unexpected complexity of very simple tasks. When we pass off our problems to someone else (in this case, a broken appliance we don’t know how to dispose of) is it really our problem anymore? It subtly becomes a question of empathy and compassion, challenging the viewer to question how they would react in a similar situation. This, of course, reveals additional layers: the “otherization” of the well-meaning Middle Eastern man who is magically going to take this problem away from him (“he should learn how to shake hands”). Over the past few years, since I have screened so many films dealing with racial justice, I like how The Washing Machine broaches something more subtle and insidious about the subject: the idea of “progressive” white people who aren’t overtly racist, but, will, of course, opt for convenience when faced with inequity.

The journey builds to a surprisingly tension-filled place. There is genuine suspense as the metaphorical puddle continues to deepen: the awkward cringe moment of Simon unwittingly getting Hassan fired, the tension of Lea’s whereabouts on her long night out. But, the film never drifts too far from reality. This is a realistic observational drama after all (directed simply and smartly by filmmaker Domink Hartl). The brief period of uncomfortable confrontation behind him, Simon will end up moving on with his basic and boring life. Hassan will fade into the ether, and the couple, based on their implicit (and oblivious) privileged place in society, will end up just fine.

Who knows what will happen to Hassan, though…his life is potentially forever changed by what started as an innocuous encounter. As for Lea and Simon…well…they have laundry that needs to be done…