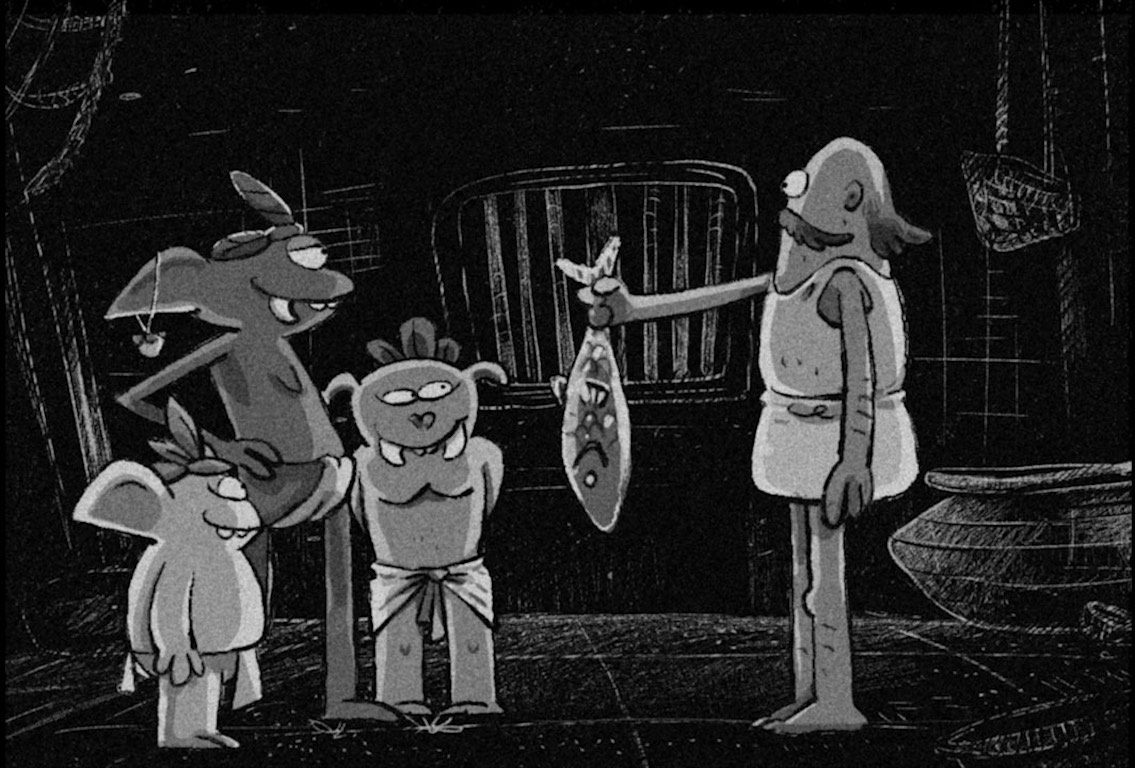 Myths, legends, folktales…whatever you want to call them, communities around the world have a rich tradition of sharing sinister stories surrounding unusual beasties. You would have already heard of the Loch Ness Monster and Bigfoot, but what about Eenam-Pechi and its appetite for pregnant women? Or Thendan the giant deity? In Kandittund! (Seen it!), Adithi Krishnadas and her Studio Eeksaurus team take their audience on an insightful tour of some local Indian spirits, guided by the voiceover of 89yr-old storytelling expert Mr Panicker.

Originating as a home video shot by creative director Suresh Eriyat (Tokri), who was on holiday with his parents and recorded his father’s tales of these homegrown legends (you can see some of that original footage in this behind-the-scenes video), the Studio Eeksaurus team had originally planned to create a film that used the original live-action recording as part of their story. With Krishnadas and Eriyat finally deciding to present their narrative through traditional hand-drawn animation, an aesthetic that feels perfectly suited to the storyline, Kandittund! also employs regional language and music to create a film steeped in local tradition. 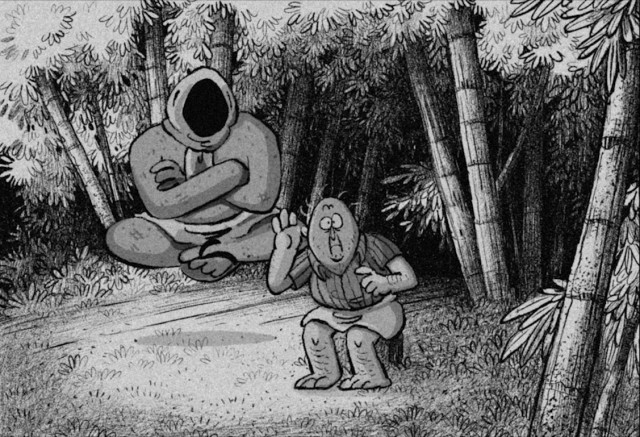 Mr Panicker is shown being stalked by an Arukola – “an ominous figure that floats behind you like a horrible shadow”.

During the 12-minute short, we follow its elderly protagonist on his daily routine of wandering his neighbourhood, spreading tall tales to anyone who will listen. Explaining, in often chilling detail, the unique characteristics of each supernatural being, Eriyat reveals that he believes these stories are “rare gems that are vanishing from the society as urbanization is rapidly erasing all the old generation myths”.

Despite the spooky nature of the story and Eriyat describing the aesthetic as “an extension of a black and white graphic novel based on a horror theme” there’s an accessible feel to the film that means it should appeal to both young and old. There are of course some darker moments running through Kandittund! but the fun visual approach means you never take them too seriously and the tone always feels light-hearted and never too spooky. 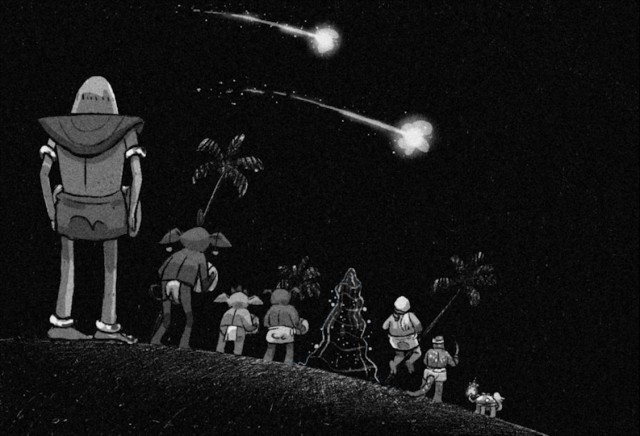 Creative director Suresh Eriyat describes Kandittund! as “a unique attempt to bring these old folklores to those who may remember it fondly from their childhood or to those for the younger generation who may find these fresh and entertaining”.

Having first watched Krishnadas’ film when it was submitted to Short of the Week back in June 2021, I was really impressed by the effectiveness of Kandittund! on multiple levels, as it looks great, is thoroughly entertaining and provides some solid cultural insight. The latter being strengthened even more when Eriyat revealed that “the use of regional language is very unique”, before stating that it is “probably the first ever animation film of this kind in Malayalam language!”.

A tribute to storytelling and the importance of preserving legacies, Kandittund! is the perfect film to kick off our 2022 coverage. If the rest of our selections can live up to the impeccable standards set by this Studio Eeksaurus short, it’s going to be a very good year.