Two polar bears are driven into exile due to global warming in a gut-wrenching and visually brilliant student animation that promises to be a top contender for Oscar.
READ REVIEW
Next Previous 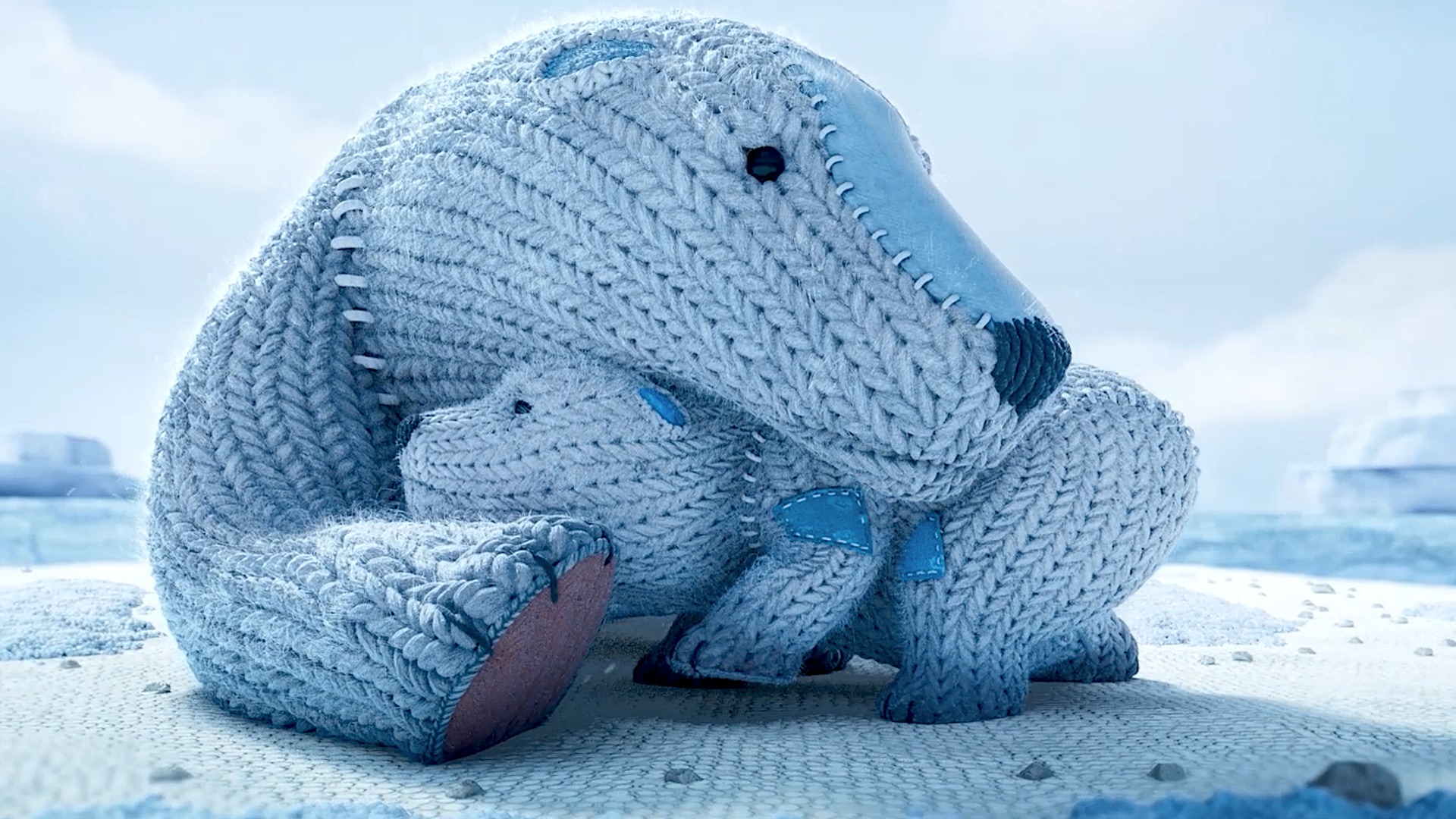 A stellar student film from 5 young creatives out of the Pôle 3D school in France, Migrants is an emotionally affecting fable that dramatizes contemporary concerns surrounding climate change and refugees while wowing audiences with astounding animation designed to transpose the visual charm of handcrafted stop-motion onto a full 3D production. While its allegorical themes are seamlessly integrated into its storytelling, and its visual look has drawn acclaim from some of the most prestigious media arts organizations in the world, the film’s near-universal acclaim is due, in equal measure, to its ability to transcend its activist message and calling-card worthy technical execution and simply tell a concise, effective, and ultimately heart-rending story that will resonate with many kinds of viewers from all walks of life.

The student team of Hugo Caby, Antoine Dupriez, Aubin Kubiak, Lucas Lermytte, and Zoé Devise approached their graduation project knowing they wanted to create a film that addressed societal issues. Inspired initially by the story of the Aquarius, a watercraft filled with refugees that stirred global headlines when it was refused entry at Italian ports in 2018, they used that as a jumping-off point in shaping Migrants. The plot that they arrived upon centers on two polar bears who are cast adrift in the Arctic due to the ecological unraveling of their home. Following the current, they find deliverance when they wash ashore upon a verdant wooded forest. However, the pair soon encounter brown bears native to the area and their initial hopes of cohabitation are quickly dashed.

At 8min long, the film is not a sophisticated treatment on the issues it evokes, but it avoids preachiness via its unerring focus on the travails of its adorable protagonists, pushing the metaphors to the background and crafting a complete and heartbreaking narrative that will appeal to fans of tear-jerker animated shorts like Lost & Found. This understated approach proves effective for its politics, as it sneakily utilizes our vast well of empathy for cute, plushy animals to advocate for the real-life humans we somehow find easier to ignore. When the creative team finally chooses to bridge the connection and make its previously implicit message explicit in the film’s closing moments, the result is quietly devastating.

The film’s technical excellence and social issue themes are sometimes difficult to appreciate in the face of sheer empathy-inducing adorableness.

Migrants is the latest in a surprising mini-trend of flashy student animations that self-consciously address environmental issues. It now sits alongside Pascal Schelbli’s The Beauty, Hybrids, from students out of MoPA, and Gobelins’ Thermostat 6, among several others, as high-profile award-season contenders that have parlayed environmentalist sentiment into widespread acclaim at both festivals and online. The formula is clear—use viewer appetite for well-designed eye-candy to smuggle in weightier issues. Yet, Migrants is, to my eyes, the best of the bunch, as its didacticism, while obvious, is still forced to take a backseat to genuinely compelling drama. We care about these polar bears! And the stakes they face make the film that much more appealing to varied audiences beyond animation enthusiasts.

However, as an animation enthusiast myself, let me say, “holy moly, the eye-candy!!!” Not since Garden Party have I been as impressed with a student 3D animated film on a sheer technical level. Migrants does not go for Garden Party’s exquisite photo-realism, indeed, it seeks its opposite, finding inspiration in the natural textures of stop-motion. CG animators have been exploring this route for a few years, we featured a film called Stuffed in 2019 which takes a similar approach, but, under the leadership of their mentor, the notable animator Carlos De Carvalho (Premier Automne, Juste de l’eau) the Migrants team take this burgeoning style to the next level. The knit of the bears, the styrofoam glaciers, the delicate paper of leaves and flowers—all of it is “fake”, yet imparts the desired affect—that of hand-crafted care. The storm sequence where water is meant to look plastic, with little streamers of rain, is my favorite sequence and is simply phenomenally conceived and executed. If you have an interest in the technical approach, the filmmakers recently did an interview with 3dvf.com that dives into their thinking and technique in further detail.

Winner of the numerous awards on the festival circuit, the film is a precocious technical marvel, winning the designation of ‘Best in Show’ at the 2021 edition of the prestigious industry conference, SIGGRAPH. That festival is a key springboard for Oscar, and on that basis alone, one must consider the film a contender this awards season. However, the film’s emotional subject matter and the modulated tenor in which it dramatizes devastating real-world issues has brought it success in a broader range of settings than prior show-stopping visual films. According to the school, Migrants is up to 92 awards, garnering honors from places like Short Shorts Asia and Cleveland International, which are geared to more generalist audiences. Prognosticating is a fool’s game when it comes to the short film categories, and Cartoon Brew’s essential list of Oscar-qualified short films is 84 entries long, but due to Migrants’ appealing mix of heart and style, I like its chances.