The voices of five gay men who cruised for sex at the World Trade Center in the 1980s and 1990s haunt the sanitized, commerce-driven landscape that is the newly rebuilt Freedom Tower campus.
READ REVIEW
Next Previous 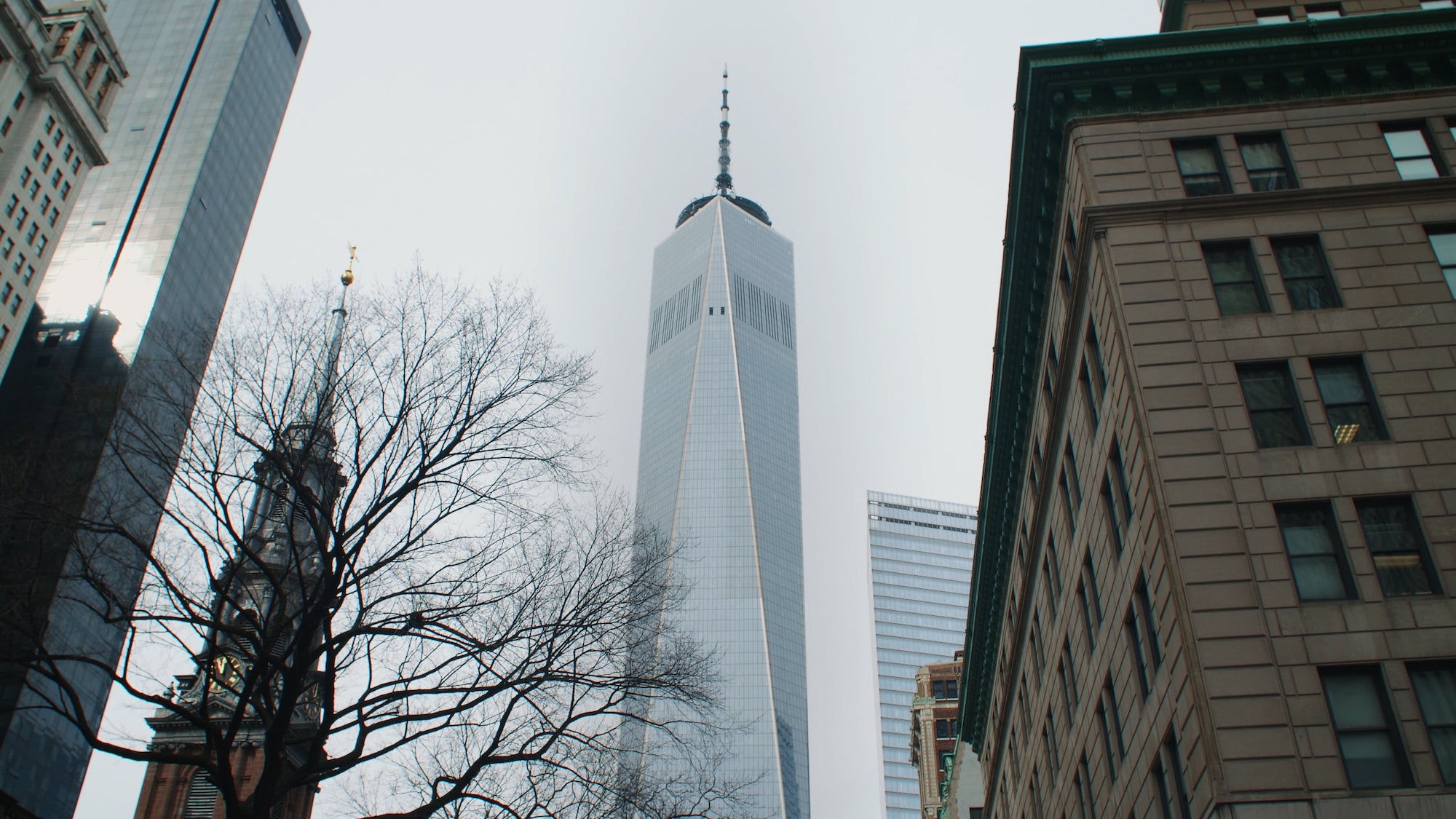 While the World Trade Center is such an important symbol for New York City (and the rest of the world), with the attacks really fracturing history into a before and after era, what most people don’t know is that it was also quite the major cruising location in the local gay scene. In Trade Center, from S/W alum (Jackpot) Adam Baran, the tales of five men are intertwined as they look back on their experiences in the complex before 9/11, as we discover a part of the building’s history not often discussed.

With director Baran sharing that he has always “been drawn to stories which illuminate hidden histories of sexuality that have been long erased by the dominant heteronormative culture”, this fascination lead him to an essay by his friend Billy Miller. Featured in the book Petite Mort: Recollections of a Queer Public, Miller’s personal tale touches on his own experience at the not so secret sexual underworld located at the World Trade Center, prior to 9/11.

In addition to learning this bit of (for some) unexpected history, Baran couldn’t help but ponder over Miller’s “implicit” suggestion that “the rush to memorialize 9/11 led to the erasure of the complex, non-normative gay sexual culture that existed in a space that was now a stand-in for American patriotism”. Armed with a desire to bring these unheard stories to the light, Baran found members of the NYC gay community, who were open to sharing their experiences at the World Trade Center with him.

“These are our histories, and they deserve to be recorded and preserved for posterity”

The recollections used throughout the short feel incredibly genuine, with a mix of nostalgia, sadness and humor coursing through them. Adding an intimate energy to the film, as if we’re hearing these stories directly on the other end of a phone call, they also allow a glimpse at an important historical context of the pre 9/11 era and feel deeply personal to Baran. With the director revealing he attended senior prom in the WTC in 1999, when he was “still in the closet”, he was in his dorm in Broome St when the attacks took place. Returning to the site in late Feb 2020, he was struck by “the legacy of 9/11” and “the erasure and destruction that tragedy fostered in its wake”. Almost two decades later, it was a different legacy he was interested in capturing in his film. “These are our histories”, he explains, “they deserve to be recorded and preserved for posterity, whether or not they’re deemed ‘respectable’ enough for mainstream media”. 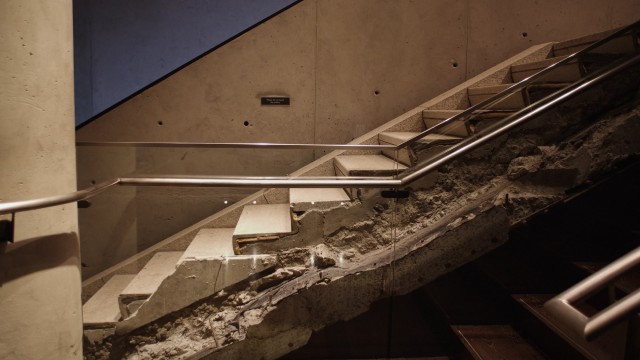 Very early on in the process of making Trade Center, Baran and his editor Colin Fitzpatrick decided to forgo the more expected archival footage route with his short and instead decided to use footage of the site now, throughout the film. Explaining that the encounters recalled in his short never documented (cell phones with cameras weren’t invented yet), the filmmaker reveals that on a more subtle level he wanted to recreate “a sense of the absence that I felt visiting WTC with a new understanding of its secret sexual history”. This approach makes the short effective on two different levels. Not only are we deprived from seeing this part of history, the film wanting to confirm the erasure of these stories, but Baran cleverly juxtaposes current footage of One WTC with the men’s accounts. Highlighting how the soul of the place has changed in an unexpected way, going from this well known secret cruising location to a very sanitized place where people go shopping, this story is evidently also a metaphor of NYC and how it has changed over the same period.

With its world premiere at the 2021 edition of SXSW, Trade Center went on to be selected at multiple festivals including AFI Docs, Outfest, InsideOut and Oak Cliff. Baran is currently a producer on on the doc-series How to Have Sex in a Pandemic, and is also developing a new project titled The 9 Plus Club, which will trace the untold history of a private, after-hours club for gay leathermen which existed from the mid-1960s to the late 1970s.