On the one-year anniversary of her job as a park ranger, when Fiona loses contact with her colleagues in the watchtower she sets off through Bigfoot country to rescue them.
READ REVIEW
Next Previous 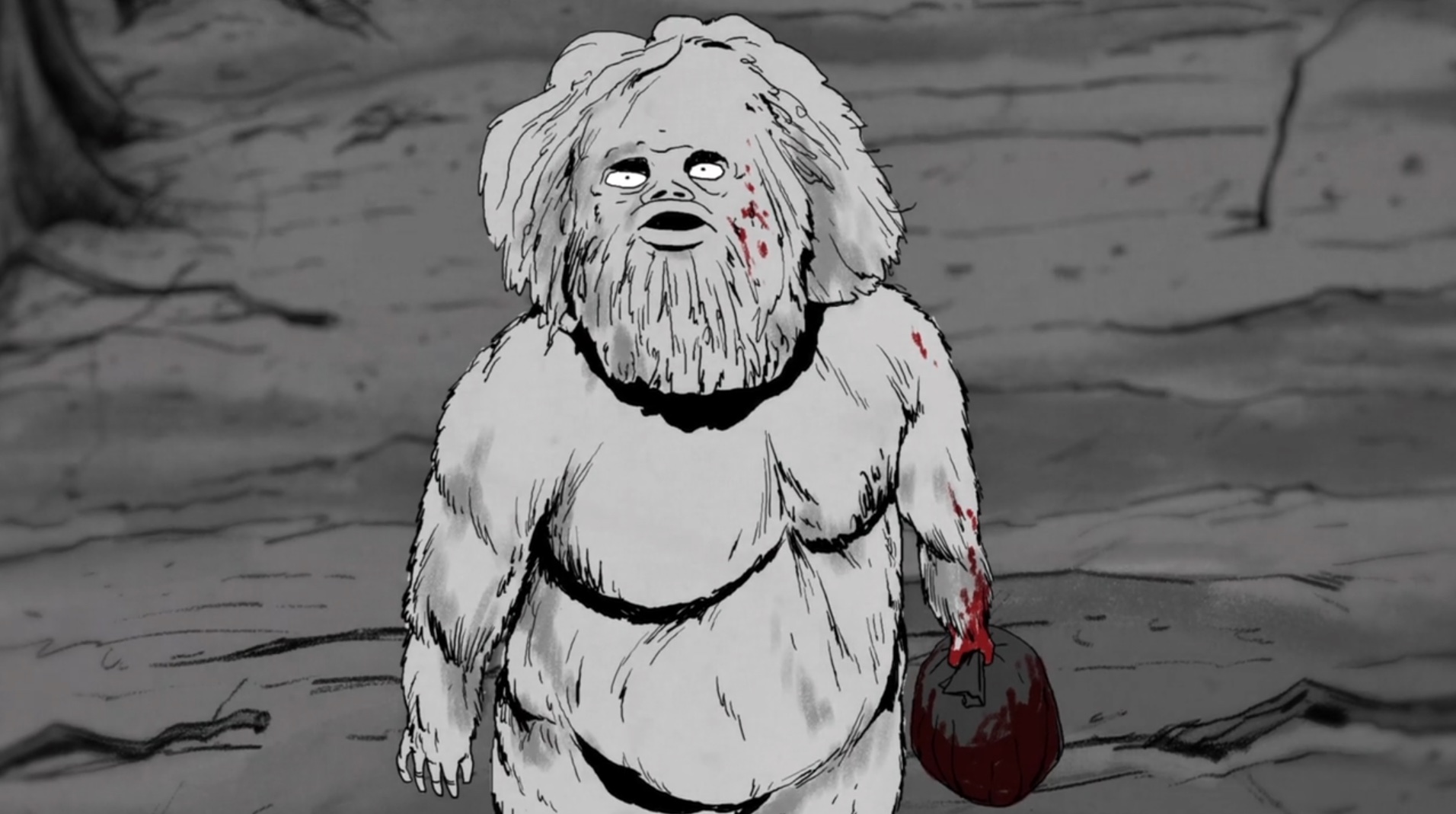 When I think back to my favourite animated shorts on Short of the Week, the films of Joseph Bennett are always in the mix. Whether it’s co-directed space-oddity Scavengers or grotesque fantasy ODIN’S AFTERBIRTH, Bennett’s work always delivers in the originality stakes. Episode Nine of the Joe Bennett Collection, presented by Cake on FX, Derecho once again showcases one of the most original voices in the world of animated shorts.

Set in the world of a group of park rangers, deep in Bigfoot territory, Derecho blends dark-comedy (and it is very dark) with Horror/Thriller aspects to create an unsettling film laced with humorous moments. Following ranger Fiona, on her first anniversary on the job, she starts to get a bad feeling when an incoming storm means they lose contact with their colleagues in the watchtower. 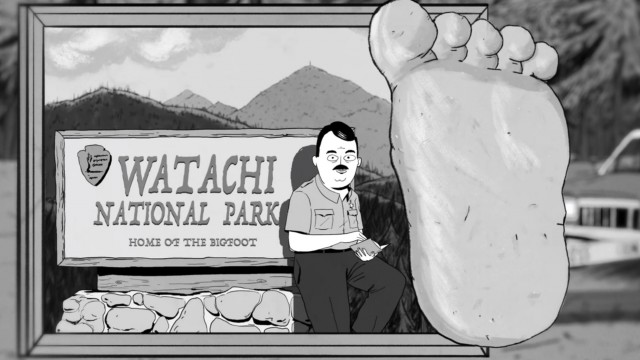 Welcome to Watachi National Park – Home of the Bigfoot

Building on the Bigfoot myth, Bennett’s 11-minute short employs a retro feel (grainy and B&W) to its aesthetic, adding to the unsettling feeling running through the short. Though it’s a film laced with creeping tension, like most of the director’s work it’s the dashes of humour that really make it such an enjoyable piece.

From the running jokes about Ted’s insatiable hunger ( I mean, he’s reading ‘Bean Dip Connoisser’ magazine), to his comedic fall down the stairs, there’s certainly enough laughs through Derecho’s eerie storyline to keep you feeling enjoyable confused (should I feel scared or amused?). The vocal talents of S/W favourites Kate Berlant and John Early (Rachel) are certainly key contributors to the comedy here.

Featuring animation from previously featured filmmakers Felipe Di Poi and Vincent Tsui, Derecho is a timely reminder of just how much I enjoy Bennett’s work. If you like it as much as I do, hop on over to his Vimeo channel and you can check out some of the other animations he’s made for Cake.