Things get uncomfortable at a low-key party when the attendees realise there's a stranger in their midst.
READ REVIEW
Next Previous 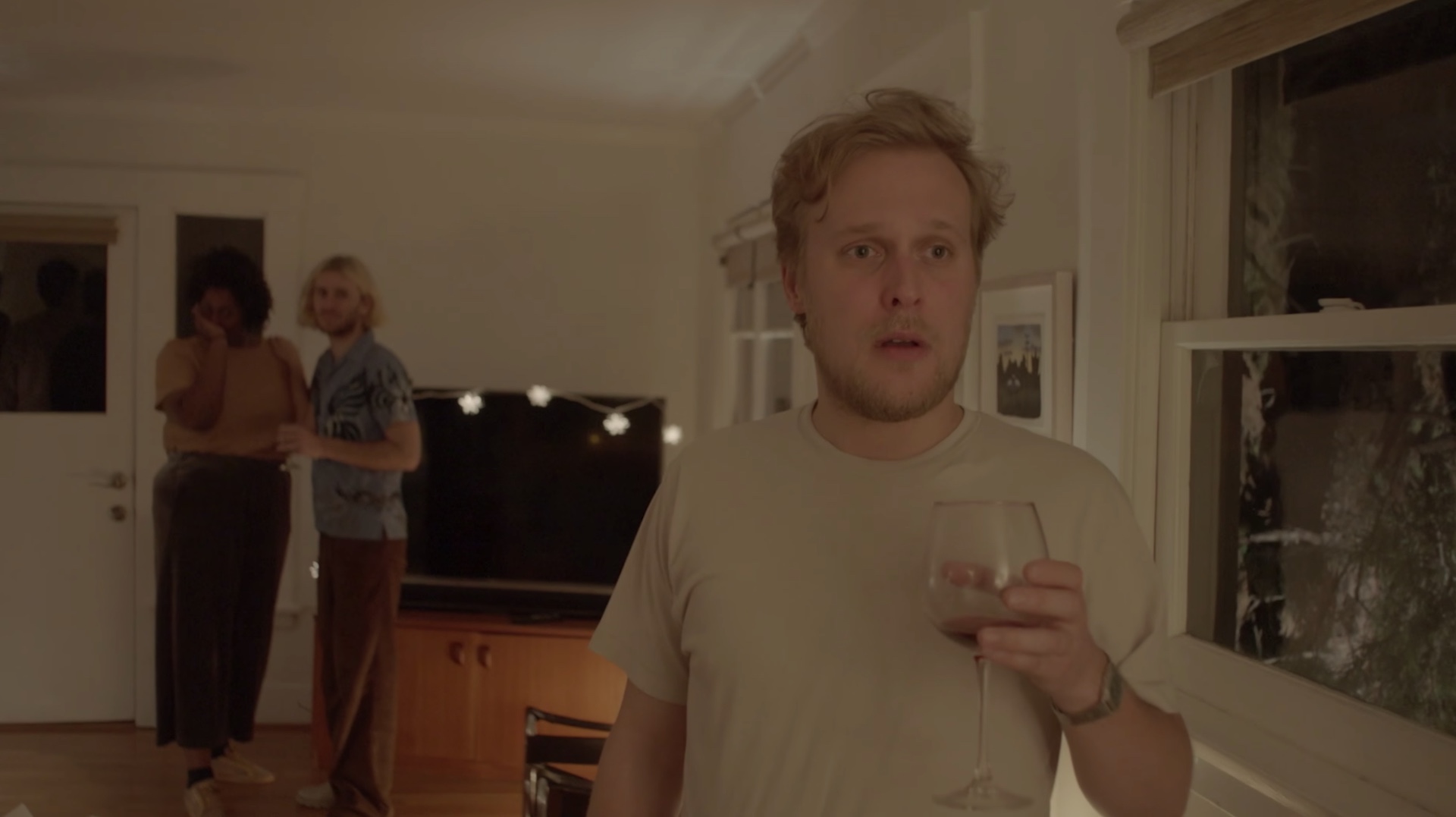 Successfully gatecrashing a party takes confidence and commitment. When it works, not only do you get to attend to a party/event, you also get to revel in the high of duplicity. When it goes wrong, it can be an uncomfortable mess (just ask my friend who ended up climbing out of a first-floor window at a party of rival football supporters). Andrew DeYoung’s 12-minute short Rachel is the story of one such mess. The tale of a gatecrasher which begins as an awkward comedy, the happy-go-lucky vibe quickly escalates to that of a skin-crawling thriller, culminating in a genre-bending film that’s difficult to shake.

Written by DeYoung and stars John Early and Kate Berlant, Rachel is based on a real-life incident at a low-key gathering Early held after a show. “I had friends there, who’d brought their friends”, Early explains in an interview with Vulture. “I invited people over afterward — I don’t know if this is where things with the real Rachel started. We still don’t know.”

Performed by non-actor friends of Early, Rachel is a surreal short, but the impact comes from just how real it all feels. The chemistry between the real-life friends radiates from the screen, making Rachel’s (played perfectly by Berlant) presence feel even more alien. She’s penetrated their inner circle, but is she just a lonely outsider with a love for wine or is there something more sinister with our titular party-crasher?

After releasing the film online, Early and Berlant received tweets from people admitting they identified with Rachel and the pair were keen to point out that their short is not an “indictment” of the real-life interloper.

“She’s not being actually dangerous, but she did need to leave”, Early tells Vulture’s aptly named Rachel Handler. “She actually needed to leave; it wasn’t okay that she came into my house. But that’s what’s so painful about that confrontation. It’s almost more brutal than it needed to be. But in order to get somebody out of your house, you have to be short and brutal.”

A short I initially watched back in June, it’s taken a few months for me to truly appreciate just what an impression Rachel had left on me. Over this time I found myself returning to the film a number of times and with each watch it burrows deeper under my skin.

Walking a fine line between cringe-worthy comedy and creepy thriller, it feels so awkward, but in a way you also find yourself rooting for Rachel. Part of you wants to be nothing like her, but you just can’t help but admire the sheer audacity of her actions. She’s my new favourite antihero!